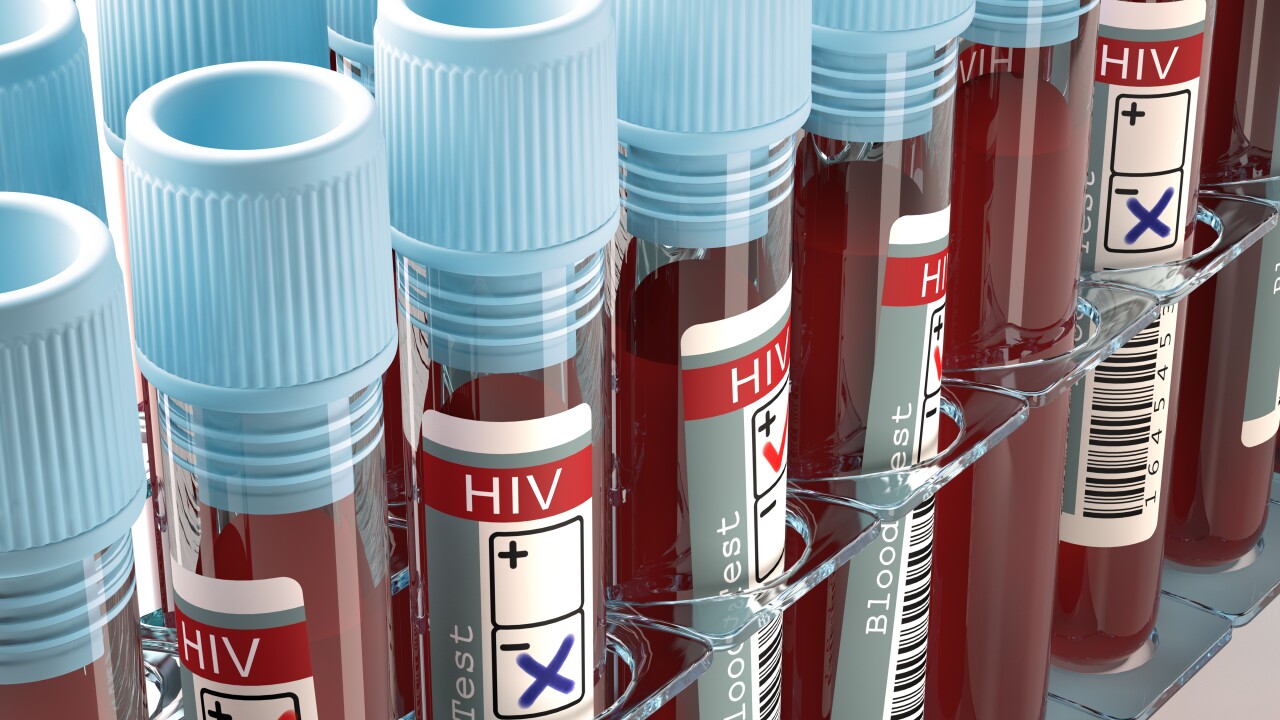 Image concept with the result of the HIV test.

The latest treatments for HIV mean that young people living with the virus could live up to a decade longer, a new study says.

The paper, published Wednesday, found that 20-year-olds who started with antiretroviral therapy in 2010 are predicted to live up to 10 years longer than those who first underwent similar treatment in 1996 — when it first became widely available.

Researchers at Bristol University in the UK said the improvements are due to fewer side effects and less toxic drugs with greater options for patients who are infected with drug-resistant HIV strains.

“Our research illustrates a success story of how improved HIV treatments coupled with screening, prevention and treatment of health problems associated with HIV infection can extend the life span of people diagnosed with HIV,” Adam Trickey, medical statistician at the University of Bristol, said in a statement.

“Combination antiretroviral therapy has been used to treat HIV for 20 years, but newer drugs have fewer side effects, involve taking fewer pills, better prevent replication of the virus and are more difficult for the virus to become resistant to.”

However, Trickey said further efforts are needed if life expectancy is to match that of the general population.

Greater strategies are also needed for people in developing regions of the world to get better access to treatment, said other experts in the field.

The Bristol University team hopes the findings help reduce the stigma associated with living with HIV so those infected can keep working and have smoother access to medical insurance, where needed. In addition, the outcome should encourage people to start treatment as soon as possible, and adhere to it, the researchers said.

Antiretroviral therapy involves a combination of three or more drugs that prevents HIV from replicating in a bid to prevent damage to the body’s immune system. The treatment also prevents spread of the disease, by as much as 96%, as it lowers the levels of virus inside the body significantly.

The World Health Organization recommends treatment be given to people with HIV as soon as possible following diagnosis. Previous guidelines recommended treatment using thresholds based on a person’s CD4 count — immune cells attacked by the virus — which became higher over time until current guidelines were set stating the need for immediate treatment.

The Bristol team analyzed data from more than 88,500 people with HIV gathered from 18 European and North American studies. They found that fewer people who began treatment between 2008 and 2010 died during their first three years of treatment than those who started treatment between 1996 and 2007.

Between 1996 and 2013, the life expectancy for 20-year-olds who started treatment increased by 10 years for women and nine years for men.

The study further projected that 20-year-old men starting therapy between 2008 and 2010 who survived the first year of treatment would live to 73, with women living on average to 76.

Life expectancy in the UK and Canada was 81 in 2014 and almost 79 in the United States, according to the World Bank.

But for people infected with HIV through injecting drugs, life expectancy was not seen to increase as much, according to the study.

“In drug users we must promote therapy and improve access to therapy to treat addictions as well as increasing access to hepatitis C treatment for people with both infections,” Trickey said. “Although most people are likely to start treatment soon after diagnosis of HIV, this will only result in improved survival overall if the problems of late diagnosis and treatment access are addressed.”

Professor Helen Stokes-Lampard, chair of the Royal College of General Practitioners in the UK, agreed.

“The fact that life expectancy for patients with HIV has risen so significantly is testament to the success of antiretroviral therapy since its introduction,” said Stokes-Lampard, who was not involved in the research. “But continued success is dependent on people knowing they have HIV, so that they can start treatment.”

Jimmy Whitworth, professor of international health at the London School of Hygiene and Tropical Medicine, welcomed the results but said the challenge is to translate this success to other parts of the world.

Further limitations of the study were that less data was available on older age groups, meaning death rates in this group could not be accurately estimated. Changing behaviors over time were also not accounted for, such as the fact that fewer people starting treatment in more recent years became infected through drug use, according to a statement.

“Overall, the results of the study are very good news,” Whitworth told CNN. “This was a very rigorous study, which reflects huge progress in diagnosis and management over the past 20 years.

“But I think it’s important to recognize the global aspect here. Africa has the heaviest burden of the disease where this is a challenge of early diagnosis and treatment.

“The other issue is combating HIV in Russia and Ukraine, which is rising at frightening rate. Those are the places doing the least well.”