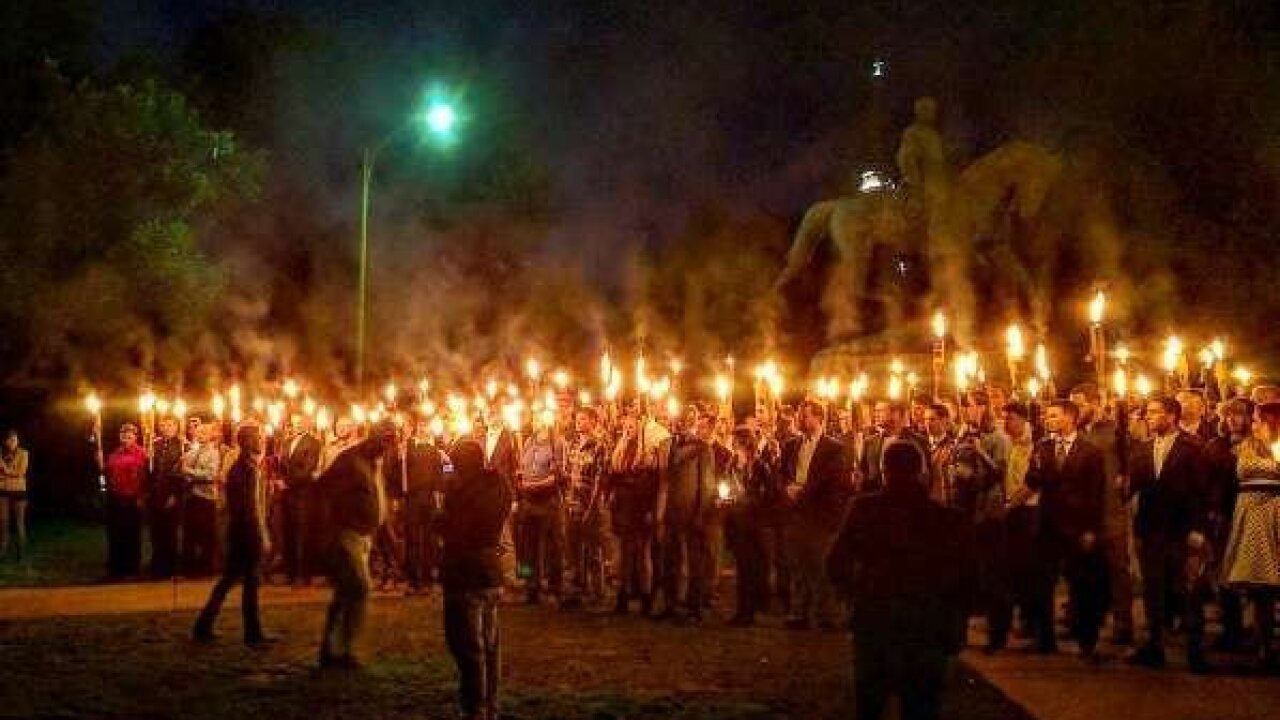 Torch-carrying demonstrators gather in Charlottesville on Saturday to protest the statue’s removal.

CHARLOTTESVILLE, Va. – A large crowd carrying torches gathered to protest the decision to remove Confederate monuments, including one of Robert E. Lee. at Lee Park in Charlottesville.

Charlottesville Mayor Mike Signer released a statement on the demonstration:

This event involving torches at night in Lee Park was either profoundly ignorant or was designed to instill fear in our minority populations in a way that hearkens back to the days of the KKK. Either way, as mayor of this City, I want everyone to know this: we reject this intimidation. We are a Welcoming City, but such intolerance is not welcome here.

Tom Perriello, who is running to be the next Virginia governor, also tweeted about the protest.

Get your white supremacist hate out of my hometown. https://t.co/KfkxHImvze

Backlash to local governments removing Confederate monuments propelled a Virginia bill through the Legislature and onto the desk of Democratic Gov. Terry McAuliffe last year.

The bill would have prevented local governments from moving or changing war memorials.

McAuliffe vetoed the measure last year, explaining in a statement that “this legislation would have been a sweeping override of local authority over these monuments and memorials including potential ramifications for interpretive signage to tell the story of some of our darkest moments during the Civil War.”