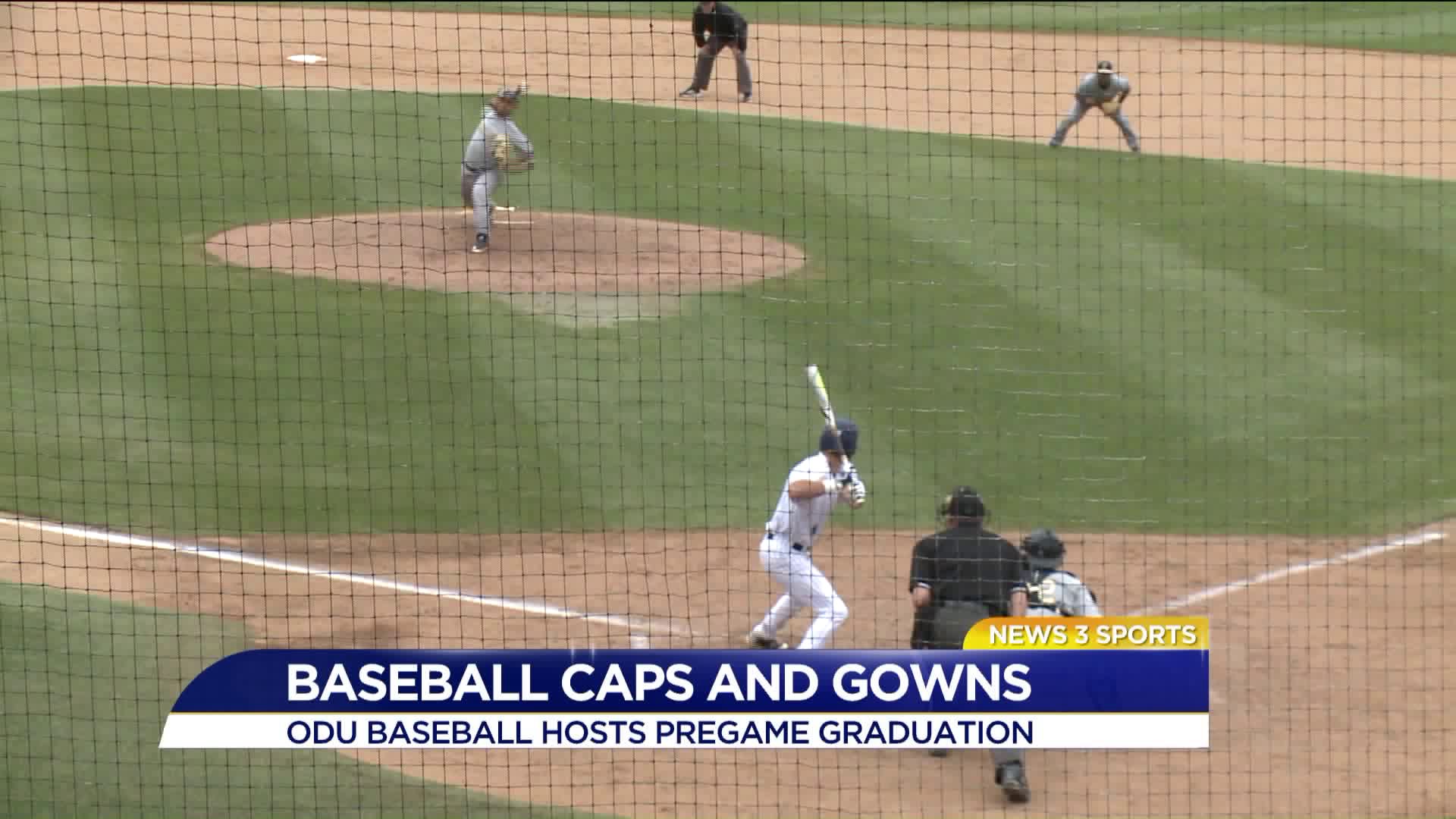 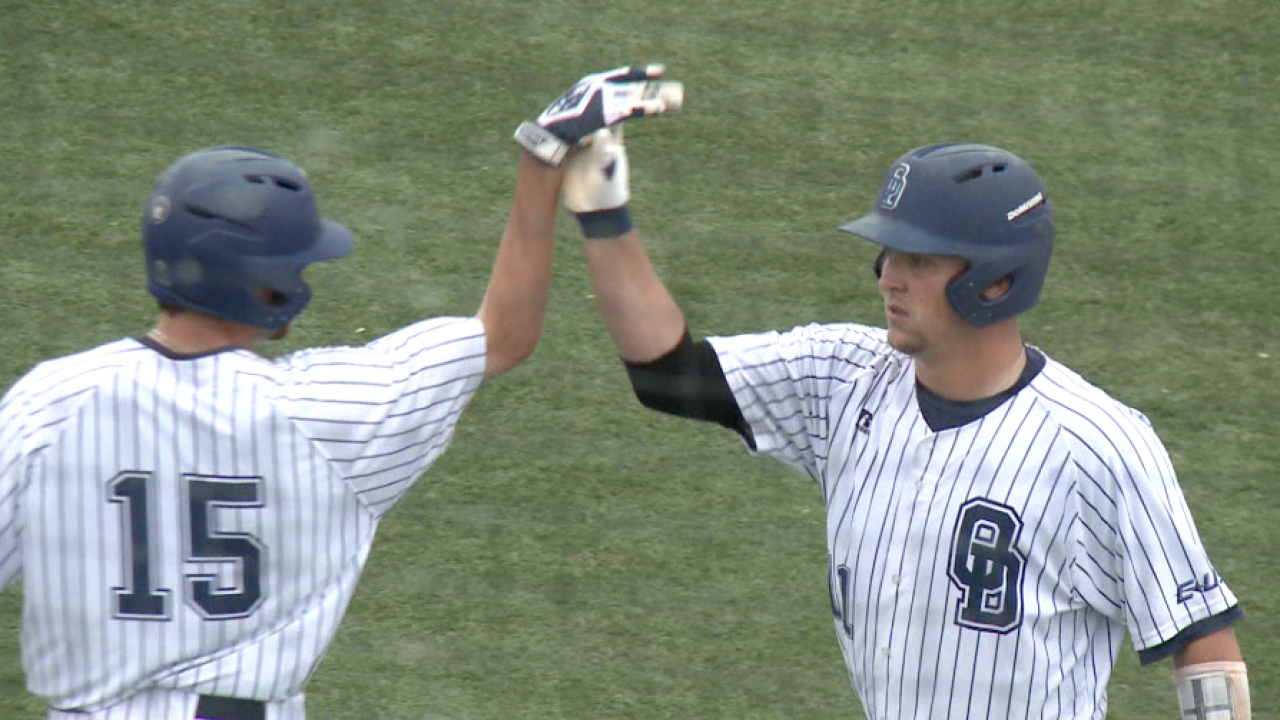 In Game 1, following an on-field graduation ceremony, the Monarchs scored a season-high 21 runs and Sam Sinnen threw 6.2 innings of one-hit, shutout ball in the lop-sided 21-1 victory. ODU batted around in three different innings and broke the game open with a combined 15 runs in the fourth and fifth innings.

Turner Bishop and Zach Rutherford headlined the ODU offense in game one, as six different Monarchs registered multi-hit games. Bishop went 3-for-5 with a double, a grand slam and seven RBIs, while Rutherford went 5-for-6 with two doubles and four RBIs. Vinnie Pasquantino, who went 2-for-5 with three RBIs, also homered for the Monarchs.

On the mound, Sam Sinnen tossed 6.2 shutout innings to improve to 4-3 on the season. Sinnen, who is now 3-0 with a 1.93 ERA in his last three starts, carried a no-hitter into the fifth. Overall, Sinnen allowed just one hit, while walking one and striking out two. Morgan Maguire and Jake Josephs, who broke the ODU record for career appearances with 92, combined to throw the final 2.1 innings.

The 21 runs were the most by Old Dominion since 2009, when the Monarchs scored 28 against VCU. The 19 hits were also a season high for ODU.

In Game 2, the Monarchs carried a 6-3 lead into the fourth inning, but the Panthers scored two runs in the fourth and five in the sixth to provide enough insurance for the series-equalizing win. ODU tallied three runs in the bottom of the seventh to cut the lead to one at 10-9 and had the tying run in scoring position in the ninth, but stranded Nick Walker at second.

Kurt Sinnen led ODU offensively in game two, going 3-for-5 with a pair of doubles and five RBIs. Pasquantino and Culver Lamb also went 3-for-5 with an RBI each, while Bishop drove in two runs, bringing his RBI total for the day to nine.

On the mound, Adam Bainbridge received the loss, allowing seven earned runs in 5.2 innings of work.

The rubber match is set for tomorrow at 12 p.m. Joe Strzelecki is expected to start for the Monarchs against FIU's Nick MacDonald. Tomorrow's game is also Senior Day, as the seniors will be honored in a pregame ceremony beginning at 11:40 a.m.