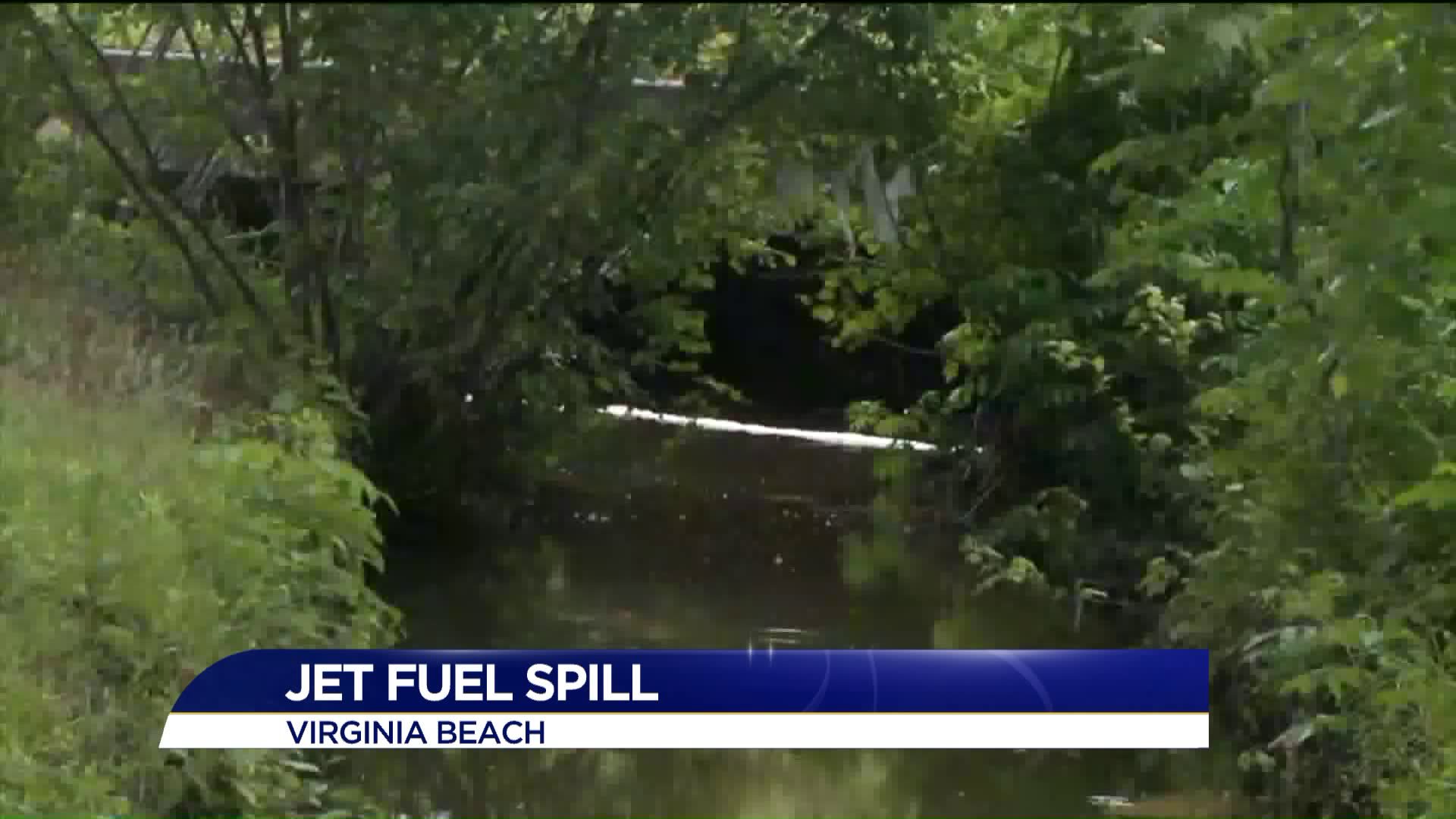 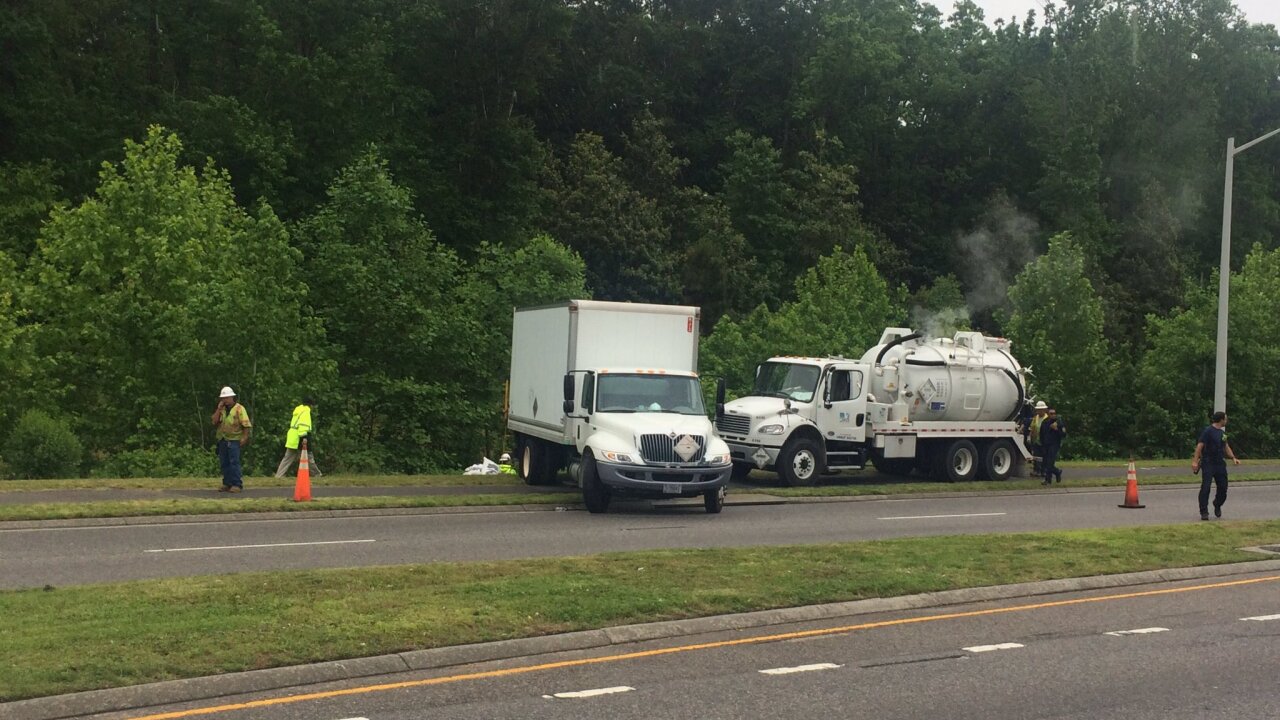 NAS Oceana officials said Friday that about 94,000 gallons of JP5 jet fuel spilled on base near London Bridge Road.

The spill happened Wednesday night but was not discovered until 6:30 a.m. Thursday. 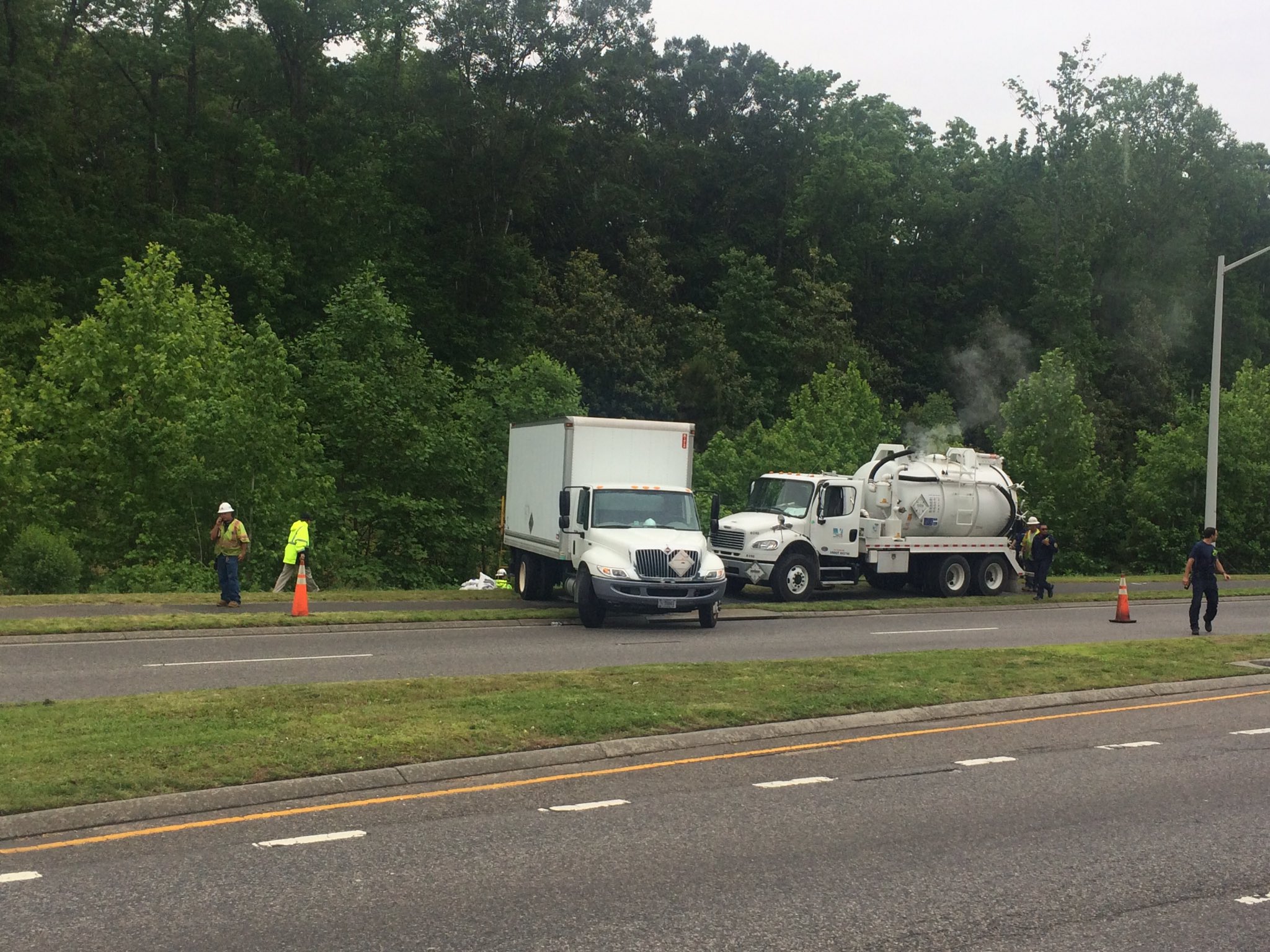 The spill has been stopped and crews are in the process of cleaning up the fuel.

Fuel spilled outside the perimeter of the base into a ditch next to the air station.

Crews placed water booms on Wolfsnare Creek on the tributary located between Elon Drive and North Adventure Trail, and protective berms on NAS Oceana to contain the spilled fuel. The weather and tides aided the cleanup efforts.

The Coast Guard, Virginia Beach Fire Department and Department of Public Works are assisting with the cleanup. The environmental team is also on scene.

Cleanup efforts are expected to continue through the weekend, NAS Oceana officials said.

The cause of the spill is still under investigation.

NAS Oceana officials said there have been reports of affected wildlife and experts have been called in to assist.

Anyone who finds wildlife that appears to have been affected by the fuel spill should not make any attempts to touch or assist the animal. Instead, residents are asked to call 757-438-3159 and wildlife experts will be dispatched.