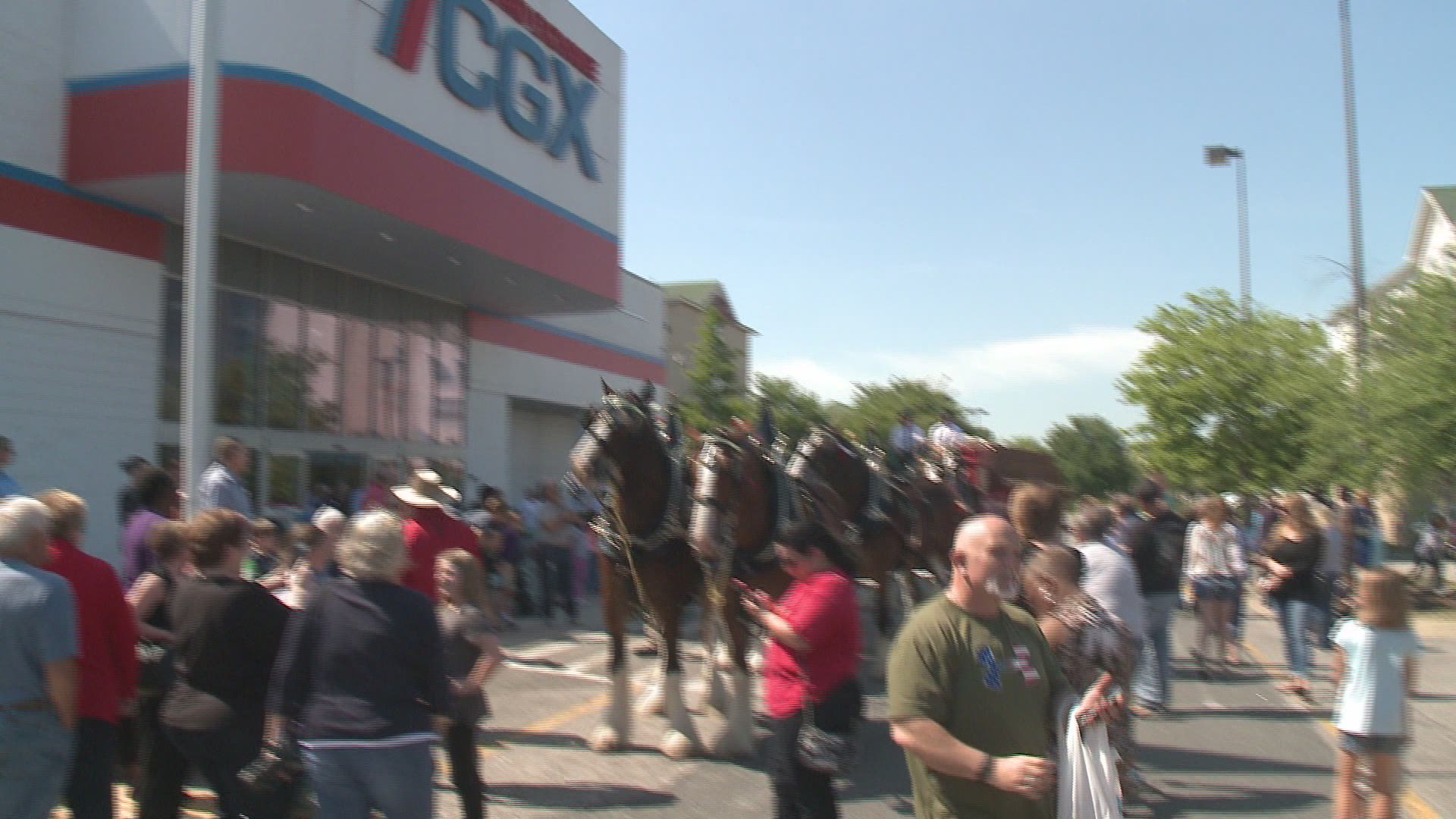 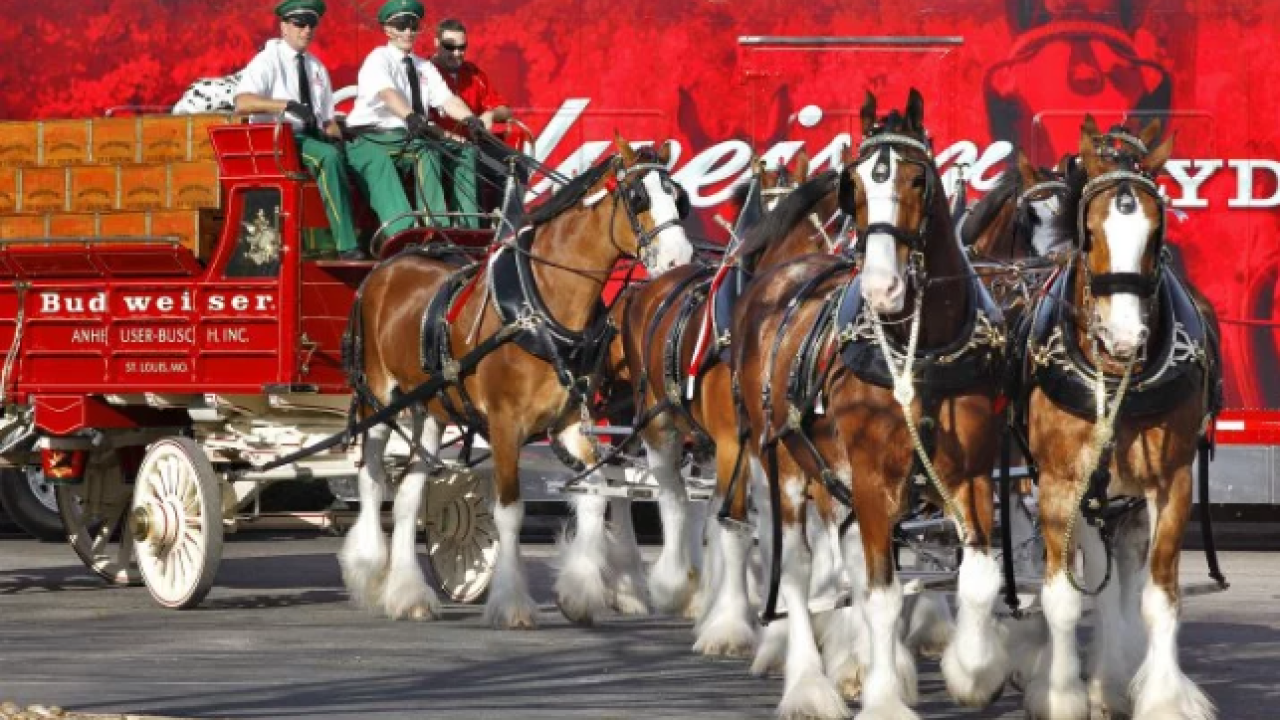 CHESAPEAKE, Va. - The world-famous Budweiser Clydesdales made a stop in Hampton Roads Wednesday!

The amazing animals were at the Coast Guard Exchange in Greenbrier.

People were able to get their picture taken with the living legends so they had a keepsake from the exciting event.

The Budweiser Clydesdales made their first-ever appearance on April 7, 1933.

In 1950, the Budweiser Clydesdales were given their own mascot, the Dalmatian. Traditionally used to guide horse-drawn fire carts, the Dalmatian serves as friend and companion to the team, sitting aside the driver, which viewers can see in the video.

Clydesdales are capable of pulling a 1-ton load at 5 miles per hour!