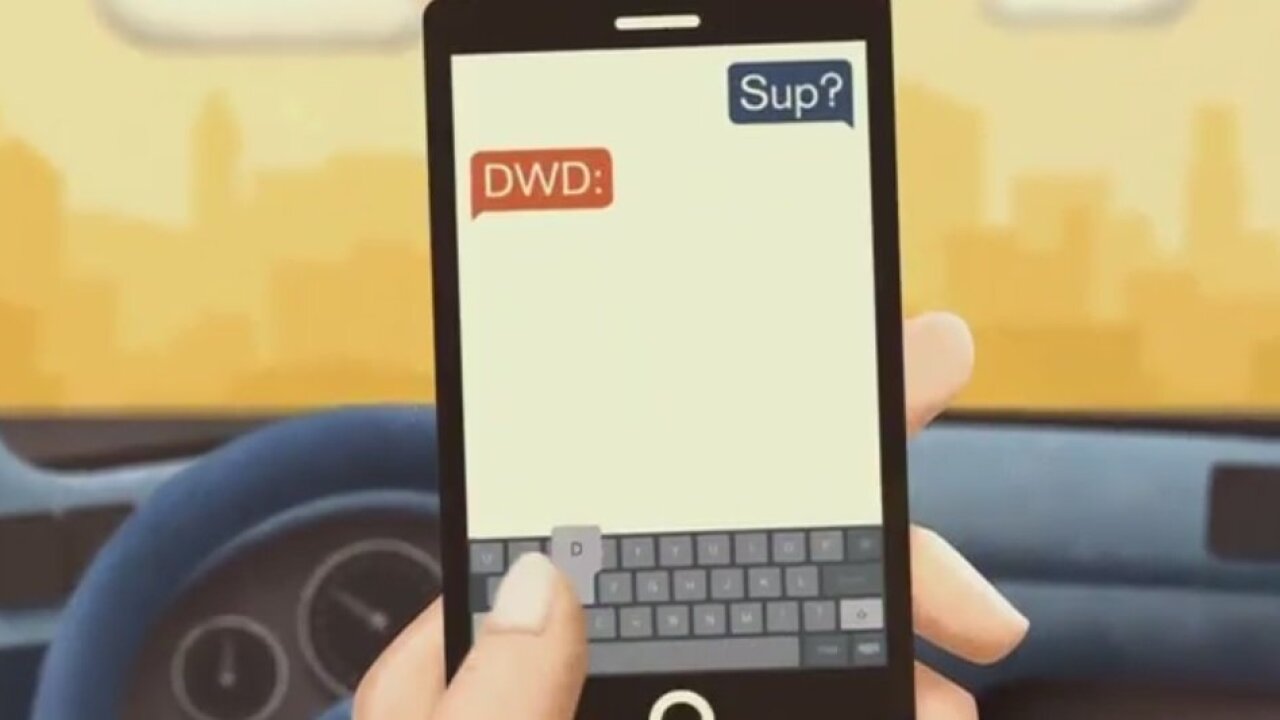 Car accidents occur at dramatically lower rates among medicated ADHD patients in the United States than among those not taking medicine, according to a study of more than 2.3 million people published Wednesday in JAMA Psychiatry.

Car accidents occur at dramatically lower rates among medicated ADHD patients in the United States than among those not taking medicine, according to a study of more than 2.3 million people published Wednesday in JAMA Psychiatry.

Previous studies have documented a higher number of car accidents among people with attention deficit/hyperactivity disorder.

The symptoms of ADHD, a neurodevelopmental disorder, can include an inability to pay attention, impaired impulse control and hyperactivity, which is often expressed as excessive fidgeting, talking or tapping.

People with ADHD may have problems with one, some or all of the behaviors.

“Core symptoms of ADHD (e.g., inattention and impulsivity) may interfere with the competencies necessary to drive safely, predisposing those with the disorder to greater risk for accidents and injuries,” said Zheng Chang, lead author of the study and a researcher in the Department of Medical Epidemiology and Biostatistics at Karolinska Institutet in Sweden.

People with ADHD who find it difficult to pay attention may be more prone to drive distracted, increasing their chances of a car crash.

Chang and his co-authors estimate that up to 22.1% of car crashes could have been avoided if the patients with ADHD had received medication.

“This is a prevalent and preventable cause of mortality and morbidity among patients with ADHD,” Chang wrote in an email, “and that is an important reason we investigated this issue.”

Using health insurance claims for 2005 through 2014, Chang identified more than 2.3 million Americans over the age of 18 who had ADHD. Of them, 83.9% (more than 1.9 million) received at least one prescription for ADHD medication, and on average, they were about 32 years old.

They found that 11,224 ADHD patients had visited an emergency room after a car accident.

To draw a comparison, the researchers looked at car crash data from a control group: age-matched and sex-matched people who had not been diagnosed with ADHD.

People with ADHD had a higher risk of car crashes than the control group, the researchers found.

The researchers acknowledge a few caveats: Their data include only emergency room visits, not fatal accidents or less severe accidents that don’t require medical services. The data include all car crashes, not just those caused by distracted driving; the percentage of total distracted driving accidents to which drivers with ADHD contributed has not been calculated. And finally, a filled prescription does not necessarily mean the medicine was taken.

Worldwide, car crashes claim about 1.25 million lives each year. In the United States, 32,744 people died on the road in 2015, and distracted driving accounted for 3,477 of those deaths, according to the National Highway Traffic Safety Administration.

Stephen Hinshaw, an expert in the field of ADHD who was not involved in the new research, noted that a number of studies have revealed driving safety risks related to ADHD symptoms. In particular, he said, symptoms causing lapses in attention and rash judgments, whether due to hyperactivity or impulse control, have been implicated in unsafe driving behavior.

“This study–of a large population, is of major importance,” said Hinshaw in an email. “The results are compelling. Still, medication for ADHD does not constitute, in most cases, a complete ‘cure.'”

To gain competence as a driver would likely require combinations of medication with psychosocial treatments, such as behavior therapy, Hinshaw said.

According to Dr. Vishal Madaan and Daniel J. Cox, both of the Department of Psychiatry and Neurobehavioral Sciences at the University of Virginia Health System, driving “represents a complex neurobehavioral task involving an interplay of cognitive, motor, perceptual and visuospatial skills.”

This task is not one that all people with neurodevelopmental disorders, such as ADHD, may fully master, they note in an editorial published alongside the study.

As patients reach adulthood, the natural course of ADHD is a decrease in hyperactivity but persistent inattention and impulsivity, according to Madaan and Cox. Doctors should keep this in mind when considering treatment options, they say, though health care professionals should also be aware that car crashes involving ADHD patients “often happen later in the evening when their medications may have worn off.”

“The study extends the literature by reporting that stimulant medication use is beneficial across the age span,” Madaan and Cox noted. “Given the reported findings, the unique data set and analyses in their study represent another endorsement of the use of ADHD medications for medication-responsive drivers.”

Christine A. Zalecki, an assistant clinical professor at the University of California, Berkeley, said ADHD medications — typically stimulants — increase the ability to focus and pay attention, so they “make sense” for driving.

Zalecki, who was not involved in the new study, noted that some drivers with ADHD are “more easily distracted by other people in the car, such as someone talking in the car,” she said. Another problem may be impulsivity.

“So whereas someone else might be able to inhibit grabbing their phone when it rings or answering a text, that might also be more difficult for someone with ADHD,” she said.

In Zalecki’s own research — led by Hinshaw — no increased rate of car accidents could be found among young women diagnosed with ADHD, compared with women of the same age who did not have a diagnosis of ADHD.

Zalecki noted that her study is an anomaly, adding that “more often than not,” research supports the new study’s findings of increased car accident rates among ADHD patients.

“In general, the big finding that jumped out in our work with these girls over the years was that they were at greater risk for (cutting), suicidal ideation and suicide attempts,” Zalecki said. By comparison, the behavior of males with ADHD tends toward delinquency and antisocial behaviors and “similar, externalizing, acting-out kind of behaviors.”

When it comes to driving, Zalecki said, some ADHD patients try to minimize their difficulties by making a point of not having the radio on, asking others in the car not to talk to them or, simply, taking medicine.

However, she noted the potential for a “rebound effect” in which, as the stimulants wear off, the symptoms of ADHD can be greater than with no medication at all.

Though medication could help with driving, some older ADHD patients may not want to take their pills, suggested Margaret Harper Sibley, an assistant professor in the Psychiatry and Behavioral Health Department at Florida International University.

Sibley, who was not involved in the study, said past research has highlighted a general trend among teens and young adults with a lifetime history of ADHD who do “not want to take medication once they reach a certain age because they don’t like the way it makes them feel.”

Hinshaw also noted that “beyond childhood, many individuals with ADHD question the need for medication… there’s often the sense that medication is either stigmatizing or stifling of one’s creativity or spontaneity.”

Still, not all people with ADHD have problems being careful drivers, Sibley said. “As the task of driving becomes more routine, it becomes less cognitively taxing and therefore ADHD symptoms would be likely to interfere less over time with experience,” she wrote in an email, adding that practice can help improve driving abilities.

In the end, Sibley believes that simple, practical efforts can make a difference for people with ADHD. “New drivers with ADHD should be encouraged to start practicing driving early and often under appropriate supervision so that the task becomes more routine and easier for them to navigate cognitively,” she said. “Practice is everything.”