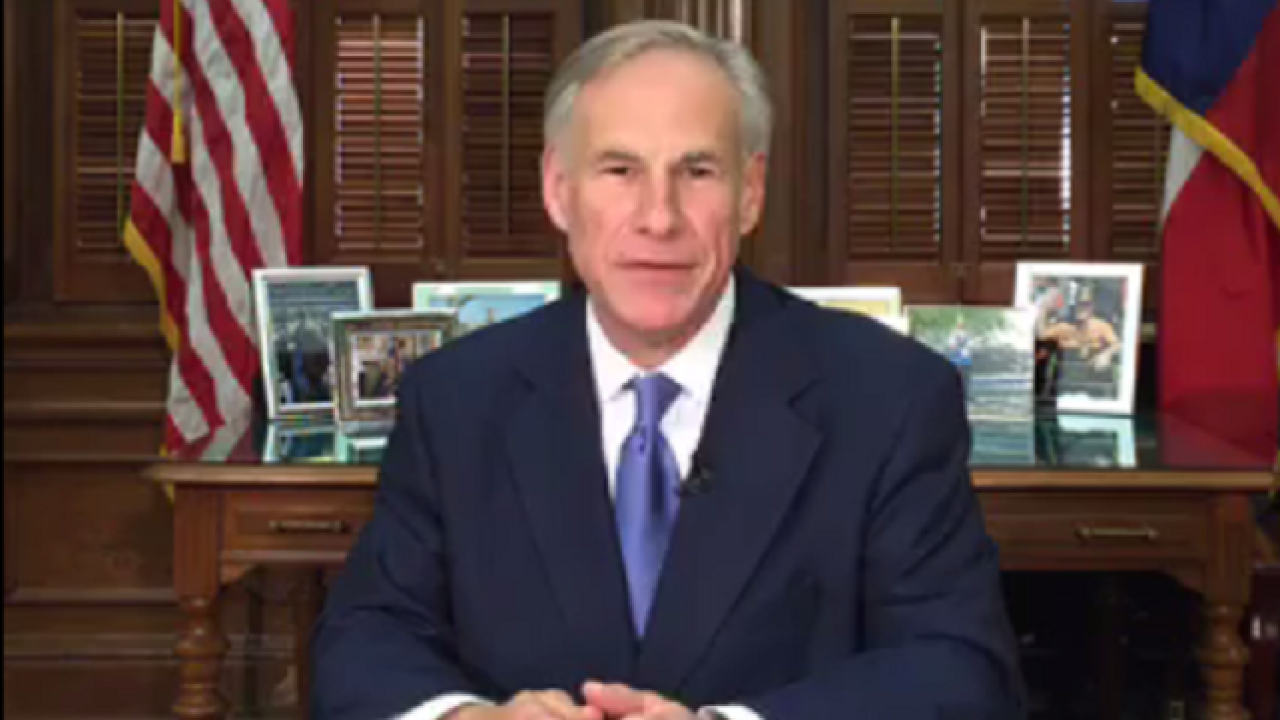 Texas Gov. Greg Abbott on Sunday signed a bill that would ban sanctuary cities in his state.

The bill, which Abbott could be seen signing on Facebook Live Sunday evening, establishes criminal and civil penalties for local government entities and law enforcement that don’t comply with immigration laws and detention requests, the governor’s office said.

The new measure would fine government entities up to $25,500 for each day the law is violated.

It would also result in a misdemeanor charge for sheriffs, police chiefs and constables who fail to comply with detention requests and in removal from office for elected and appointed officials, Abbott’s office said.

“As Governor, my top priority is public safety, and this bill furthers that objective by keeping dangerous criminals off our streets,” Abbott said in a press release. “It’s inexcusable to release individuals from jail that have been charged with heinous crimes like sexual assault against minors, domestic violence and robbery.”

The measure goes into effect on September 1, according to the governor’s office.

On Sunday, Gov. Abbott told viewers the key policies on the Texas bill had already been tested and approved by the U.S. Supreme Court.

‘This is not the Texas I know’

“Sanctuary city” is a broad term applied to jurisdictions with policies in place to limit cooperation or involvement with federal immigration actions. Many US cities, counties and some states have a myriad of informal policies and laws that qualify as “sanctuary” positions.

The American Civil Liberties Union of Texas said the bill — which is called the ‘show me your papers measure’ — “encourages racial profiling by untrained immigration agents” and it “removes democratically elected representatives from office should they fail to comply.”

“This is not the Texas I know,” Terri Burke, executive director of the ACLU of Texas said in a news release. “This racist and wrongheaded piece of legislation ignores our values, imperils our communities and sullies our reputation as a free and welcoming state.”

Travis County Sheriff Sally Hernandez said it was “unfortunate that fear and misinformation” enabled the law the pass.

Travis County is the only jurisdiction in Texas with an active policy restricting law enforcement cooperation with federal immigration officials.

“It ties the hands of our law enforcement agency and pushes victims of crime into the shadows,” she said in a new release.

Dozens of protesters gathered outside the Governor’s Mansion in Austin to condemn the bills approval Sunday evening.

The Texas law is the first one of its kind to be signed since President Donald Trump signed an executive order intended to crack down on so-called sanctuary cities in January.

In March, US. Attorney General Jeff Sessions threatened to cut federal funds from the so-called sanctuary cities and states that will not comply with immigration laws.

“After years of the previous administration turning a blind eye to this issue, the federal government is sending a clear and necessary message that the laws of this land are going to be enforced,” the governor said then.

Late last month, a federal judge blocked the Trump administration from enforcing its threat to take away funds from sanctuary cities.

Judge William H. Orrick, in his ruling, sided with jurisdictions such as Santa Clara County in California and the city of San Francisco, who argued that a threat to take away federal funds from cities that do not cooperate with some federal immigration enforcement could be unconstitutional.

In making the ruling apply nationwide, Orrick blocked the government from enforcing a key part of Trump’s executive order on immigration, which ordered the Department of Homeland Security and Justice Department to block cities that don’t cooperate with federal immigration enforcement from receiving federal funds.