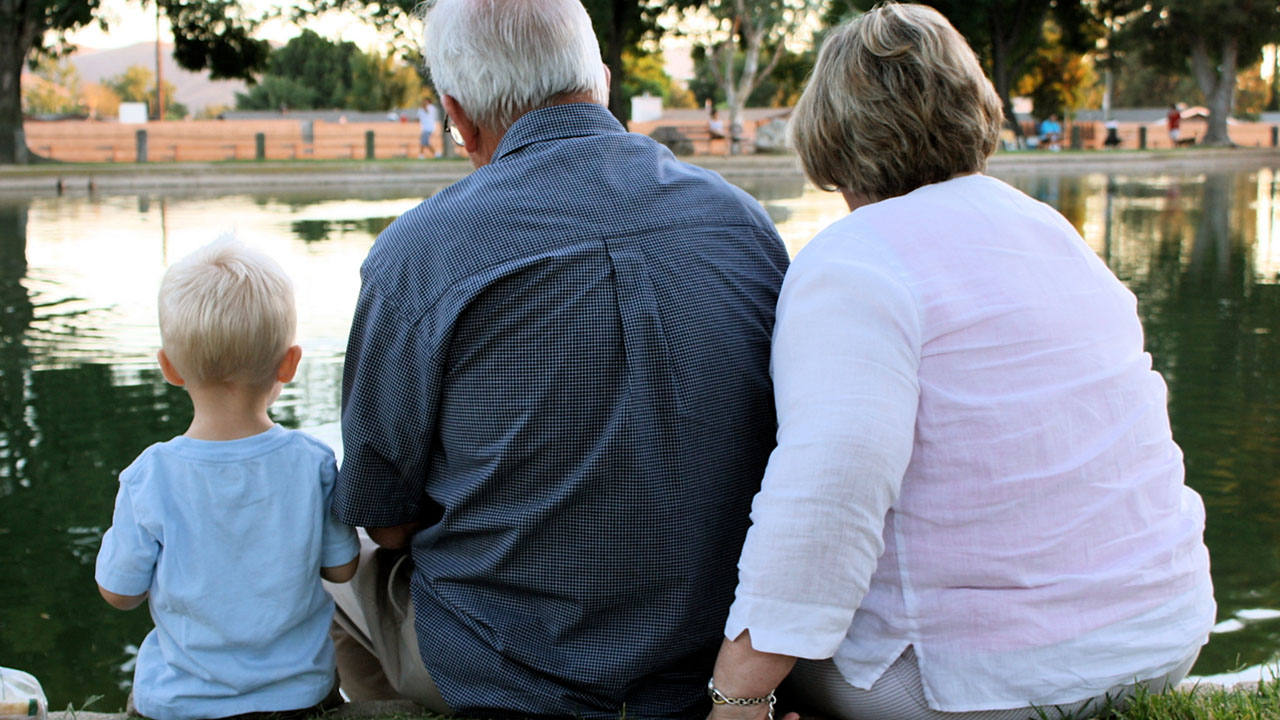 Grandparents who step in for child care tend to use the same practices they did when they were parenting, but some of them may be outdated, putting their grandchildren at risk, according to a new study.

Research presented at the 2017 Pediatric Academics Societies meeting on Thursday surveyed grandparents on child care techniques such as putting children on their backs to sleep, having loose bedding in a crib and using ice baths to lower a high fever.

As more grandparents are taking on child care roles, according to the US Census Bureau, many may feel that since they raised their own children to adulthood, their methods are safe. Dr. Andrew Adesman, chief of developmental and behavioral pediatrics at Cohen Children's Medical Center in New York and lead author of the study, says that is not always the case.

Some parenting practices and guidelines have changed since they were parents 20 or 30 years ago.

When you were a baby, you probably weren't strapped into a rear-facing five-point harness when riding in a car, as experts recommend. You might have tasted solid foods in the first months of life, or slept with heavy blankets and stuffed animals.

"We shouldn't assume that just because they've raised a child before, they're experts," Adesman said.

Studying the extent to which grandparents were subscribing to outdated parenting tactics, Adesman and his team learned that many myths were being held as truths.

With new guidelines and suggestions released constantly, it can be hard for anyone to keep up. The learning curve can be especially difficult for an older adult who isn't surrounded by and exchanging information with other caregivers.

Having a grandparent as a primary caregiver or taking care of a child on workdays is some parents' only option for child care.

Experienced caretakers can usually provide a safe environment, but to avoid unintentional injuries, grandparents and babysitters need to be just as educated when it comes to safety standards and first aid.

The study involved a questionnaire completed by 636 participants in the US who self-identified as grandparents. Within that group, nearly a quarter did not know that infants should be put to sleep on their backs, not on their stomachs or sides. An incorrect sleeping position is a major risk factor for sudden infant death syndrome, the leading cause of death among babies between 1 month and 1 year of age.

When asked whether scrapes or cuts heal better with or without a bandage, 68% of grandparents did not know that wounds should be covered. Most did know, however, that butter is not a proper remedy for minor burns.

Although it may seem that not much has changed, what seemed like common knowledge decades ago can pose real threats to the health and safety of a young child.

Forty-four percent of the grandparents surveyed agreed that "ice baths are a good way to bring down a very high fever." In fact, ice baths can pose a hypothermia risk.

"Many thought that an ice bath can bring down a very high fever. Sure, it might sound logical, but it's dangerous to ever put a child into cold water, because you can drop down the body temperature too much," Adesman said.

Adesman recommends that grandparents use the same resources parents monitor for the latest child safety news. The American Academy of Pediatrics' Healthy Children site is among those offering tips for kids of all ages.

California pediatrician Tanya Altmann, who was not involved in the new study, says it is a "wake-up call," not only for caregivers but for pediatricians. Doctors need to be sure that they are adequately educating everyone involved in the lives of their patients, she says.

Although the study focused on grandparents, Adesman and Altmann both recognize that other groups can make the same mistakes. In a previous study, Adesman surveyed pediatricians (PDF) and found that only 24% answered all 12 questions about basic safety information correctly.

In her practice, Altmann hears many of these health myths from new parents and grandparents alike.

"I'd love to see this study redone and given to the parents; I think people would be surprised," she said.