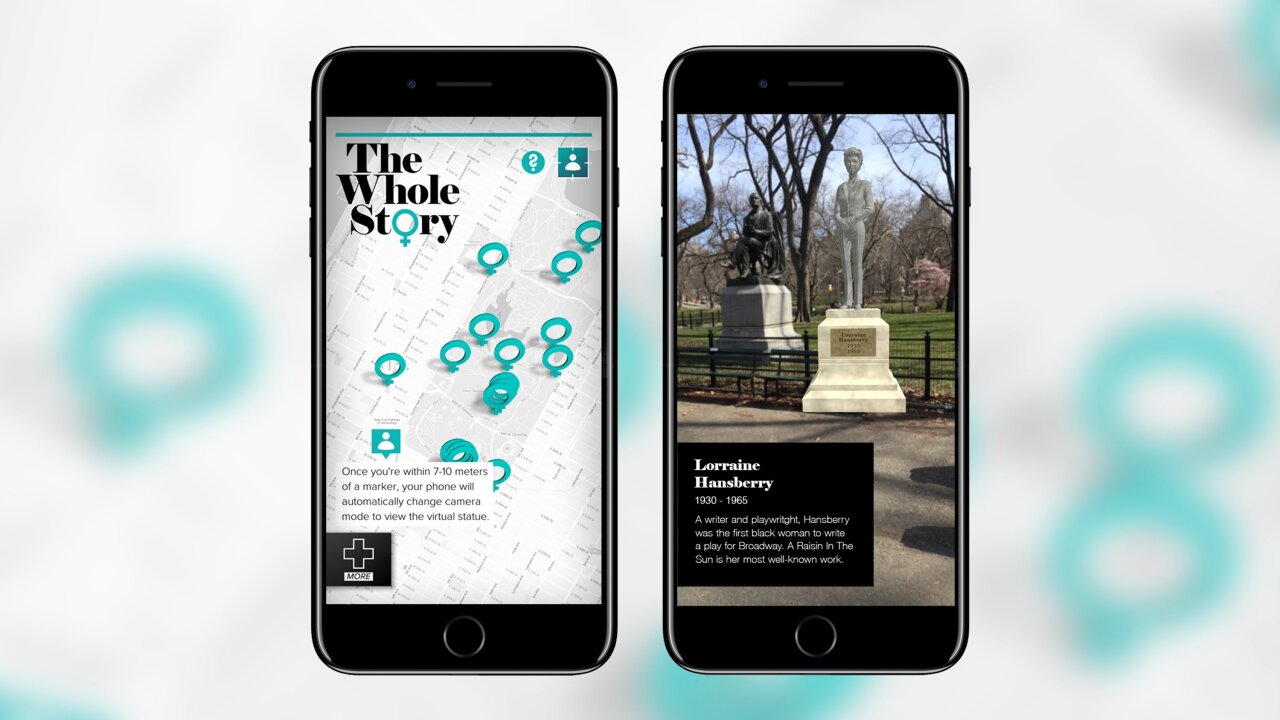 The “Fearless Girl” statue has some virtual company.

The app, which uses augmented reality and GPS technology, lets users find where statues are located and learn about women’s contributions. Users must be at the location of the statue to see the woman appear next to it.

Augmented reality makes digital images appear on top of real-life objects when you look at them on a smartphone or tablet.

“It is no surprise that everywhere you turn, in almost every city, most of the statues in public spaces are men, and the few women are usually drawn from fiction,” said Leslie Sims, chief creative officer of Y&R North America.

Groups like the United Nations and the Girls Scouts are working to address the gender imbalance, but Sims says it will take millions of dollars and many years before statues of women are placed in public spaces.

“‘The Whole Story Project’ offers a way to create immediate awareness and access to the amazing history women have made around the world,” Sims said.

The project is ongoing, and currently virtual statues can be seen in New York, Washington DC, Mount Rushmore, London, Prague, Milan and Rome. In New York’s Central Park, there are 22 virtual statues of women, such as Amelia Earhart and Edith Wharton, next to the 22 existing statues of men.

“The Whole Story” app is available for free on iOS and Android, and images are able to be shared socially.

The project is also encouraging creators and developers around the world to build and place statues of women in their own cities. You can upload images or 3D models of your own statue of a historic woman at thewholestoryproject.com.