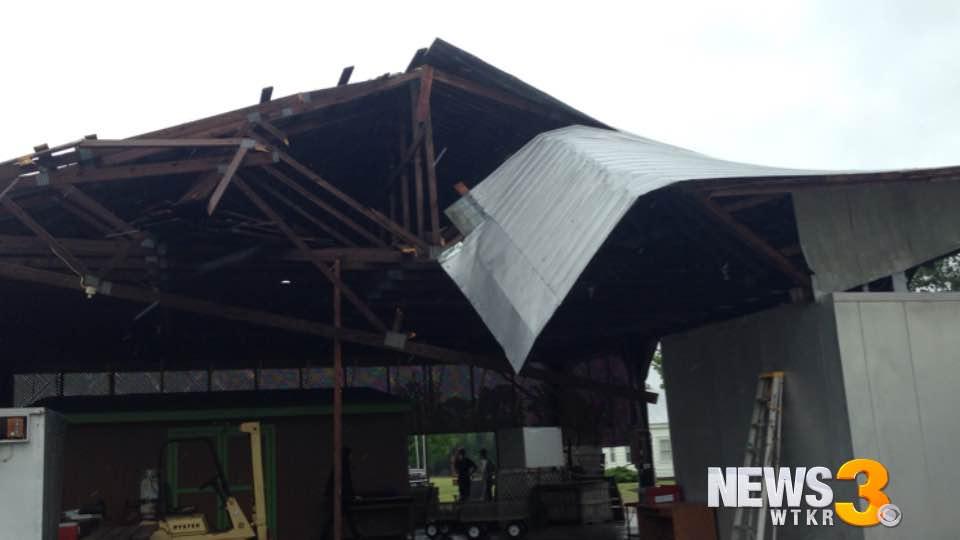 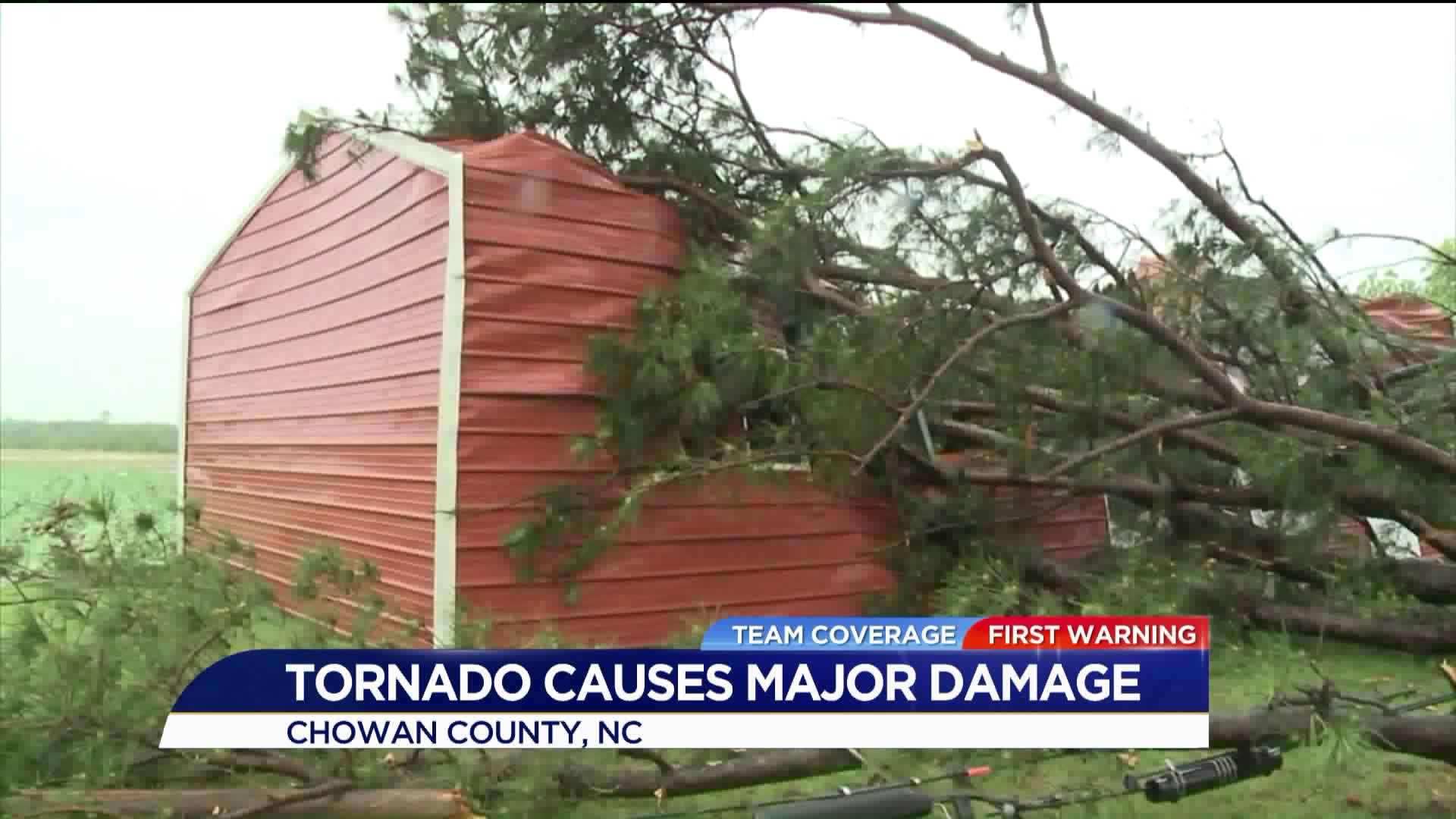 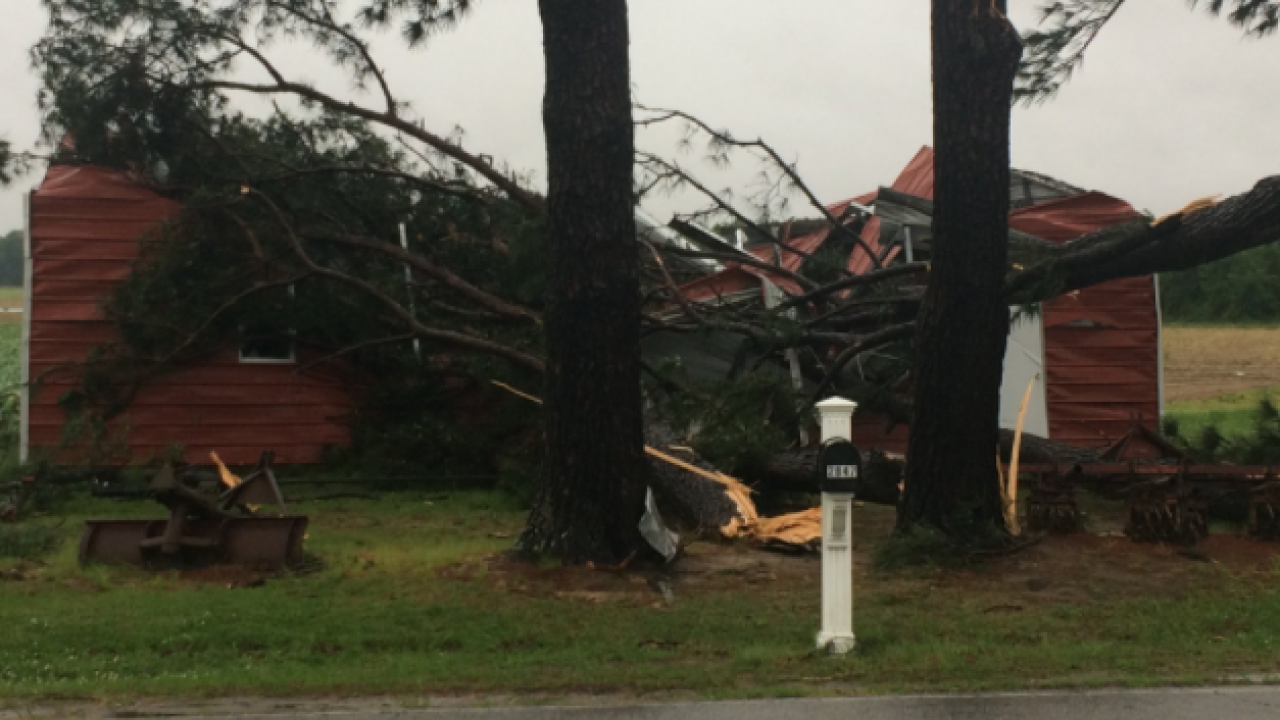 EDENTON, N.C. - Residents are working to clean up after a tornado caused major damage to yards and homes in Rockyhock area of Edenton, North Carolina.

The National Weather Service in Wakefield has confirmed that a tornado touched down in the area with an initial EF-0 intensity rating. Investigators were sent to survey the damage almost immediately after the storm was over.

Kevin Bunch was outside when the winds picked up and the rain started pelting the tin roof he was standing under.

"All of a sudden, the wind comes up and out of nowhere debris started flying and I made it over here to this cooler and ducked behind it," he says.

Bunch says everything looks different now that the storm has blown through.

A path of destruction is visible, with fallen trees, damaged structures and pieces of debris littered across the fields.

Luckily, it doesn't appear as though anyone was injured during the storm. 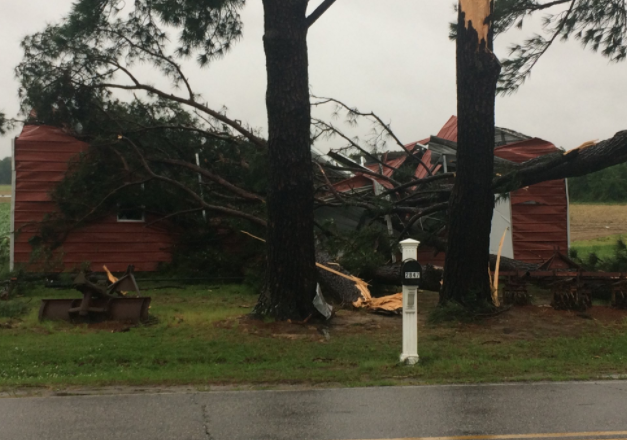