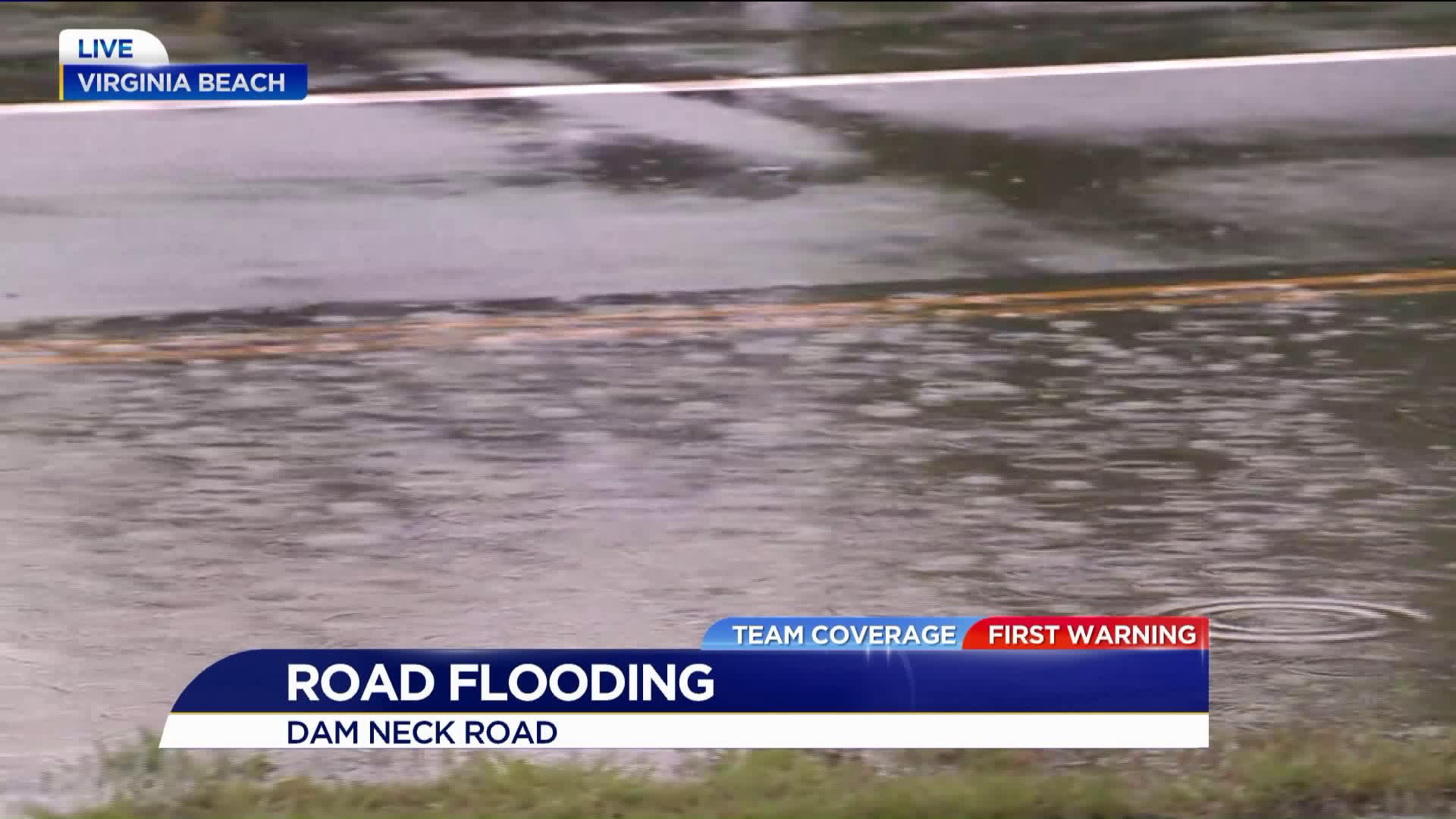 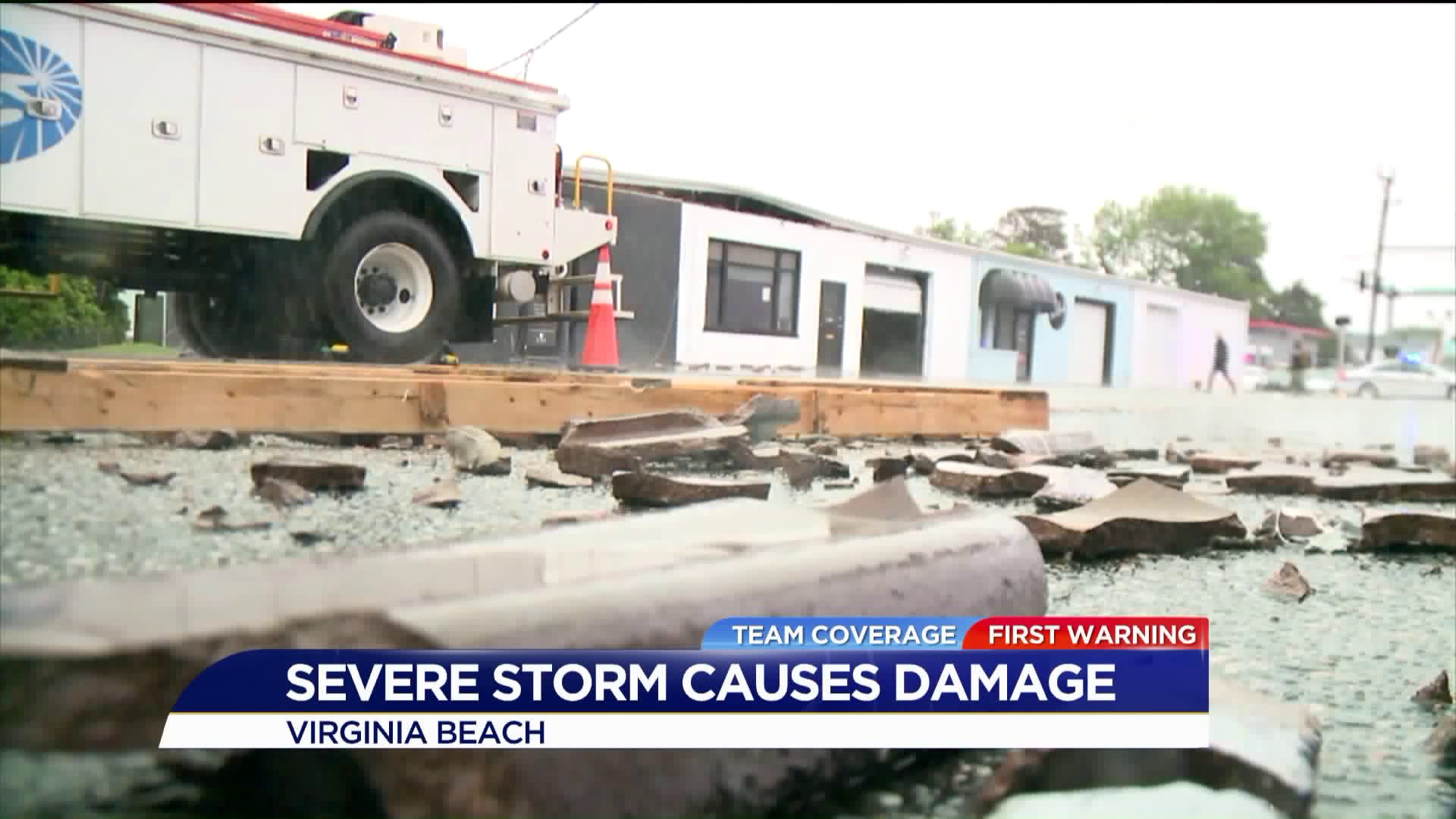 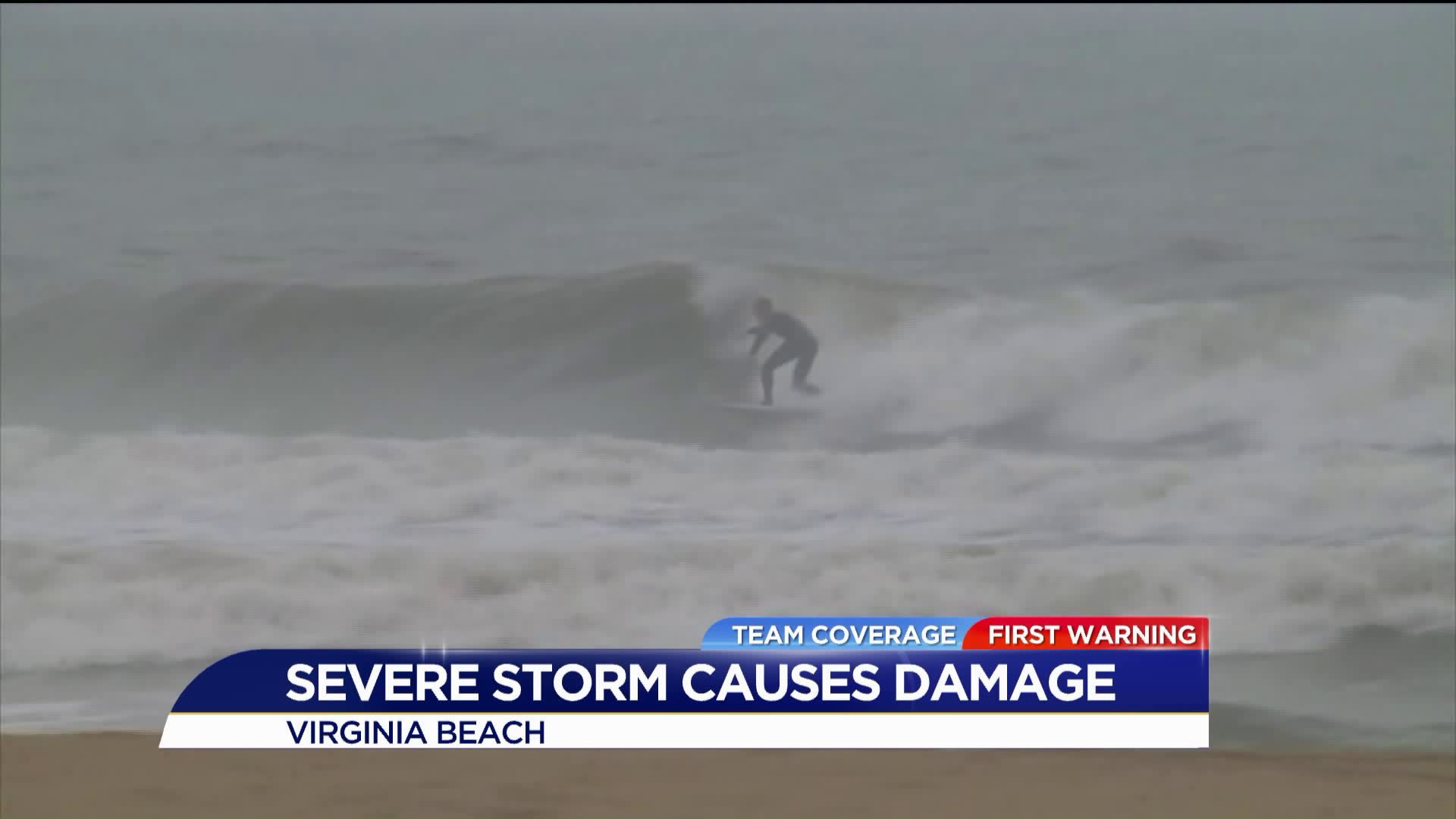 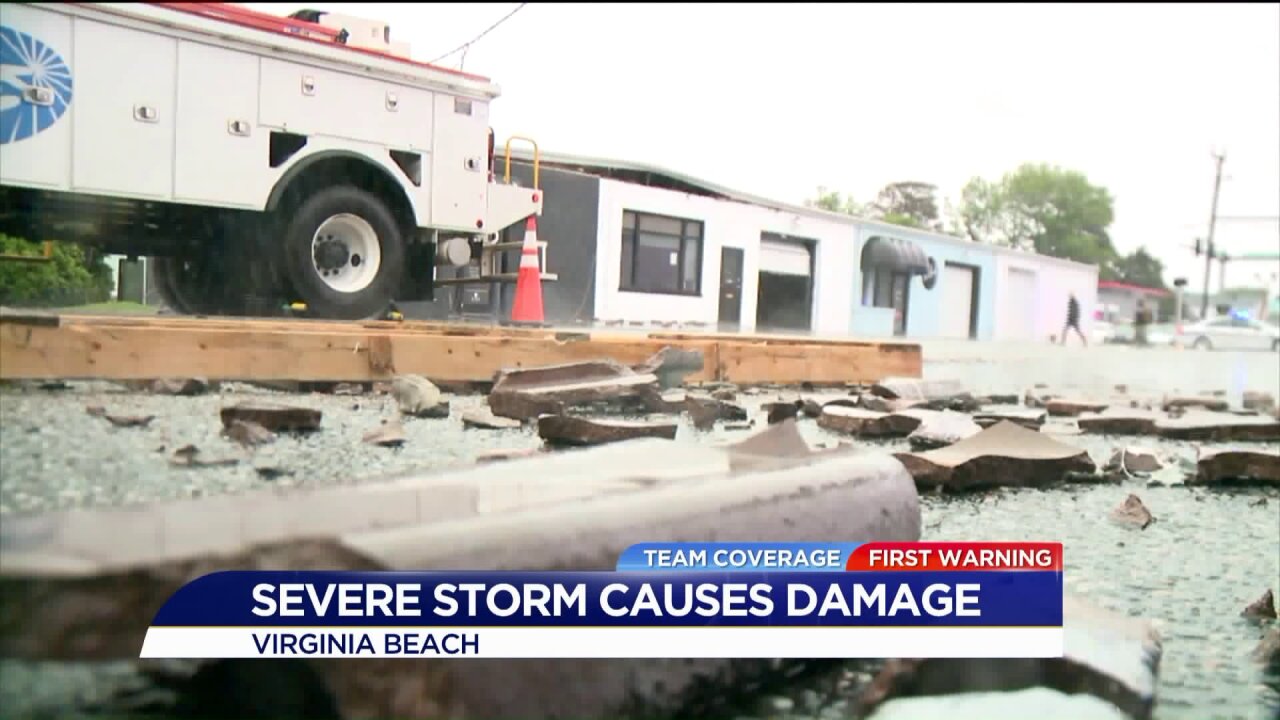 The severe storms that rolled through Hampton Roads and NE North Carolina on Friday morning caused some damage to an area at the Virginia Beach Oceanfront.

Witnesses say they believe a tornado came through on Mediterranean Avenue near 18th Street, just a few blocks from the ocean. However, the National Weather Service says the damage was caused by straight line winds.

Trees and road signs are down, and debris from people's damaged homes, businesses and yards can be seen littering the streets.

Approximately 2,000 Dominion customers were without power for over an hour until crews could repair some of the damaged power lines.

One man, Ralph Disney, tells News 3 he was working in the area when the storm started. He said it started with incredibly heavy rain and lightning, and then the wind came.

"The door blew open. And when it blew open, it smashed against the window, broke the window, broke the door, all this stuff started flying off the roof and just, it was crazy. Stuff was blowing everywhere. All the trees down across the street... the power went out, power lines went down. It scared me," he said.

Now that the storm has moved out, residents and business owners are working to clean up and hoping more bad weather isn't on the way.

In other parts of Virginia Beach, flooding is a major concern. A portion of Dam Neck Road is closed near Salem Road due to high water.