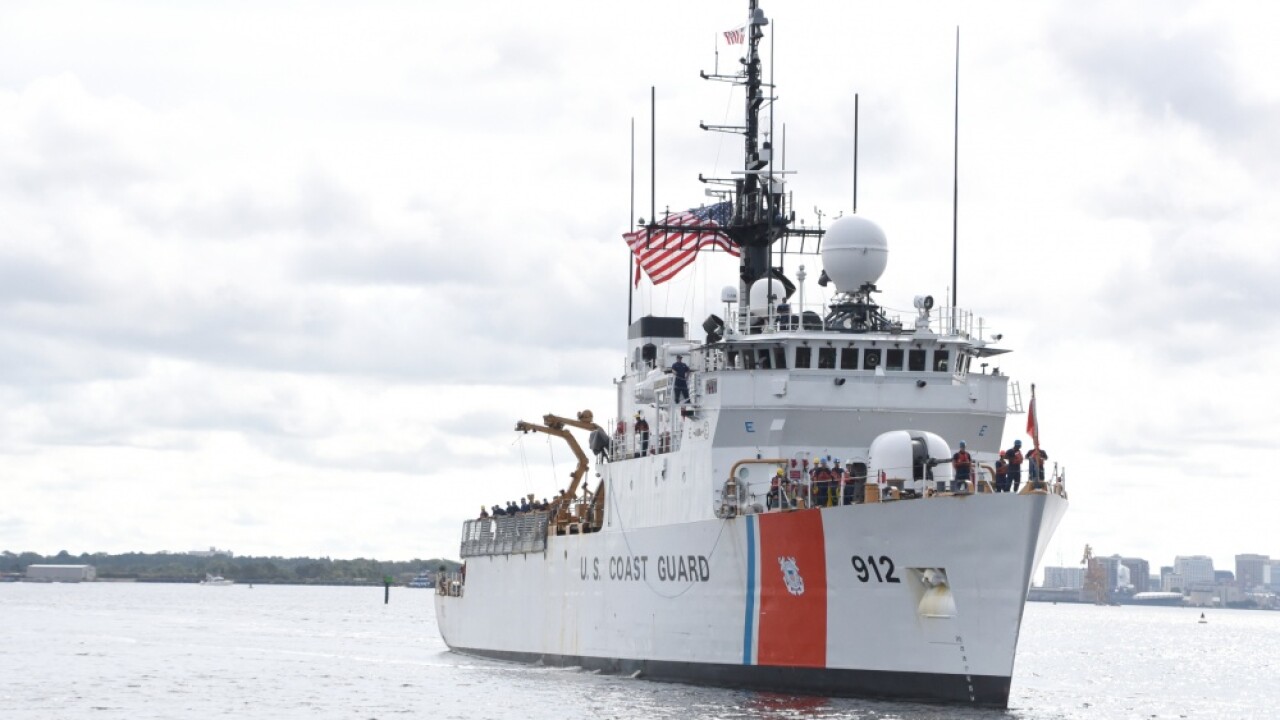 The Coast Guard Cutter Legare pulls into the pier at Base Portsmouth in Portsmouth, Virginia, Sept. 28, 2016. Legare’s crew returned from a 48-day patrol in the Eastern Pacific Ocean where they seized an estimated 1800 kilograms of cocaine. (U.S. Coast Guard photo by Petty Officer 1st Class Melissa Leake) 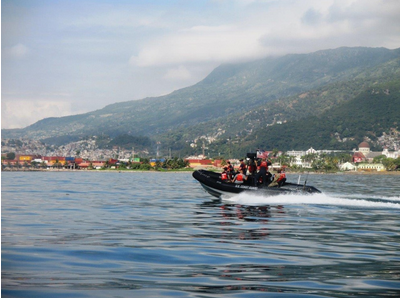 PORTSMOUTH, Va. – The Coast Guard Cutter Legare returned to Portsmouth on Thursday after a 35-day patrol in the Caribbean Sea.

Their patrol was specifically in the Windward Passage, a strait between Cuba and Hispaniola.

During the patrol, the Legare, a 270-foot Medium Endurance Cutter, supported the Coast Guard’s drug and migrant interdiction mission, as well as other Coast Guard missions in the Windward Passage.

Early in their patrol, the Legare provided assistance to 11 people on a disabled skiff near Isle de la Tortue.

During a port visit in Puerto Plata, Dominican Republic, the crew of the Legare visited disabled children at the Casa Nazaret orphanage. Crewmembers raised over $500 for Cara Nazaret and helped fix wheelchairs, AC units and other items for the orphans.

The Legare also stopped in Kingston, Jamaica — the first Coast Guard cutter to visit the city in over two years. Legare hosted tours for students from the Caribbean Maritime Academy in Kingston and conducted an exchange with the Jamaican Defense Force Coast Guard. They also hosted a reception for various foreign ambassadors and Jamaican dignitaries.

The Coast Guard’s fleet of Medium Endurance Cutters is set to be replaced by the new Offshore Patrol Cutters, with the first being unveiled in 2019.