Is US steering clear of South China Sea under Trump? 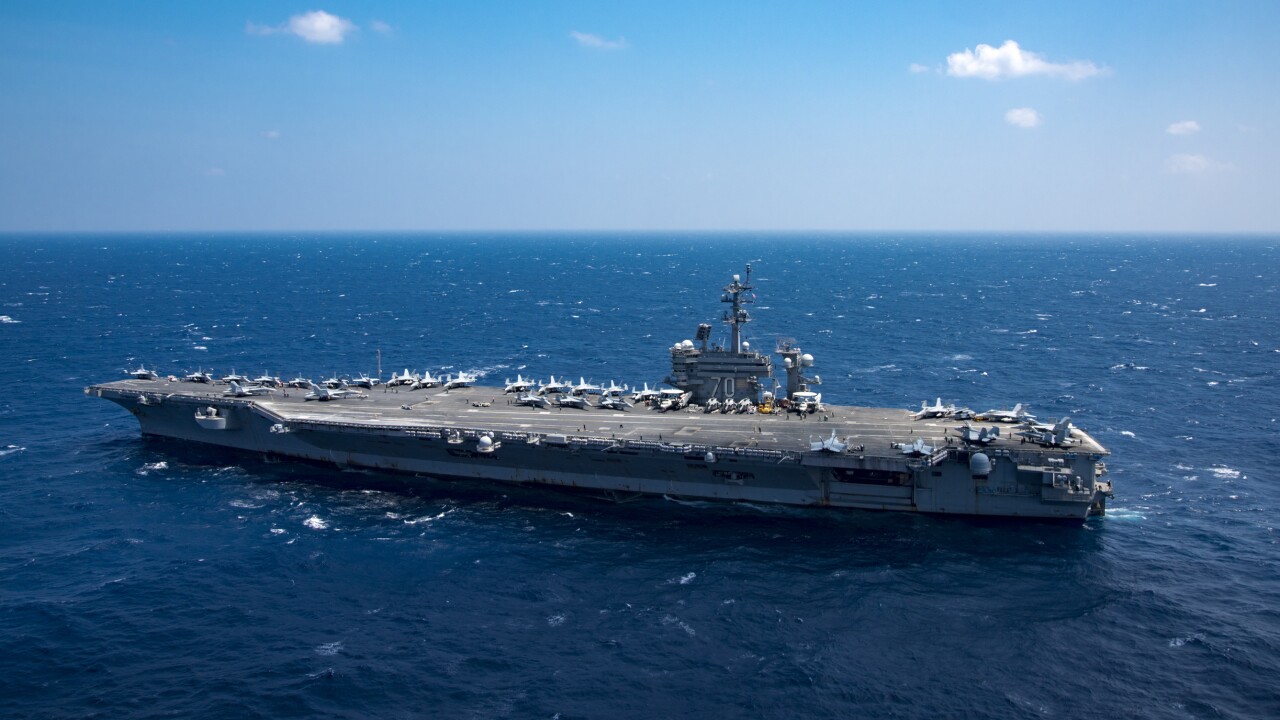 The Trump administration appears to be easing up on Beijing in the South China Sea, in what is being seen as another concession to China by the new US president who hopes for a solution in North Korea.

Since Trump took office, the sole request by US military to sail a warship close to artificial islands China has built in the contested waters has been turned down by the Pentagon, a senior defense official told CNN Wednesday.

Freedom of navigation operations in the South China Sea were regularly authorized by the Obama administration, with US navy vessels sailing within 12 nautical miles of China’s artificial islands at least three times in the past year-and-a-half.

The official said the denial — first reported by the New York Times — was partly due to an effort inside the Pentagon to turn down the temperature of operations that could be viewed as antagonizing China or North Korea.

Analysts say it’s the latest in a series of efforts by President Trump to appease China, whose help he wants in restraining North Korea’s nuclear ambitions.

China has described the operations as a serious breach of law and an intentional provocation.

Trump backs down on China

Prior to his inauguration, Trump’s point man on foreign policy promised stern action in the South China Sea against China’s island building and militarization.

At his confirmation hearing, US Secretary of State Rex Tillerson said the Trump administration might take a more aggressive approach to the South China Sea.

“Building islands and then putting military assets on those islands is akin to Russia’s taking of Crimea. It’s taking of territory that others lay claim to,” Tillerson said in January.

He even hinted that Chinese access to the artificial islands could be restricted by US vessels.

But as relations between Trump and Chinese president Xi Jinping have improved, with the US prioritizing tensions in the Korean Peninsula, the South China Sea has fallen out of the spotlight.

Trump backed down on his pledge to label China as a currency manipulator on his first day in office, while early in his presidency he quickly agreed to honor the “one China” policy which Beijing considers a necessity.

In the past week, Trump even said he’d call Xi for permission before he spoke to Taiwan’s leader over the phone again.

Mike Chinoy, non-resident senior fellow at the University of South California’s US China Institute, told CNN that Beijing would be thrilled by the administration’s apparent decision to hold off testing China in the South China Sea.

“I think if you’re sitting in Beijing you have to be very pleased that Donald Trump is in the White House because he is ceding to China a great deal in terms of clout and advantage,” Chinoy said.

“In the meantime, countries in Asia that have not wanted a US, China clash but have wanted substantial American presence to counterbalance the growing clout of China … are going to calculate that they can’t count on the US in the way they did before.”

The recalculation has already started for some countries.

At the Association of Southeast Asian Nations (ASEAN) leader summit in Manila in April, China scored a major victory when the joint statement seriously watered down the denunciation of its island-building in the South China Sea.

“ASEAN cannot maintain its position in dealing with China… unless the pressure is on China by the maritime powers,” Carl Thayer, regional security analyst and emeritus professor at the University of New South Wales, told CNN.

Pentagon spokesman Capt. Jeff Davis told CNN Wednesday that US forces operated in the Asia-Pacific region on a daily basis, “including in the South China Sea.”

The Pentagon said the US military will continue with regular freedom of navigation operations but in the future Davis said “these operations will be released publicly in the annual FONOPS report, and not sooner.”

This would mark a significant change from the Obama administration which publicly discussed South China Sea operations on a routine basis.