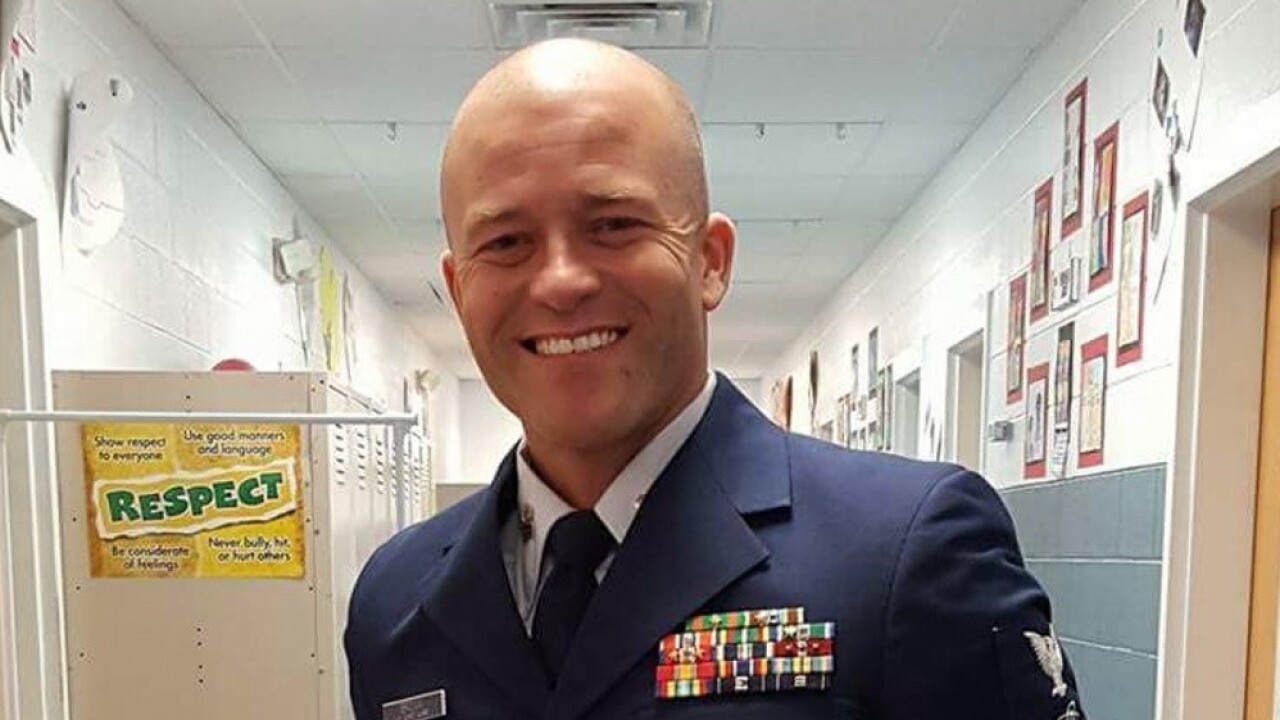 PORTSMOUTH, Va. – A U.S. Coast Guard member is being praised for helping Portsmouth Police officers arrest a burglary suspect at the Portsmouth Walmart.

On April 27, Petty Officer 1st Class Roger Brown had just paid for his items at the store and was approaching the exit when he heard a scuffle nearby.

Two officers were wrestling with a man who had pinned one of the officers to the ground and was punching him in the face.

“It took me a second or two to realize what was happening,” said Brown. “Then I kicked off my flip-flops, threw my keys and my groceries down, and took action.”

One of the officers had recognized the suspect, 32-year-old Clinton Pickens, as a suspect in the burglaries of five local businesses between April 19 and 25.

The officer first spoke to Pickens until another officer arrived to help arrest him. That’s when the fight broke out.

“As soon as the second officer got there, the suspect became violent and started assaulting the first officer,” said Detective Misty Holley, public information officer with the Portsmouth Police Department. “He became extremely aggressive.”

Brown was able to pull the suspect off the officer and help the officers pin him down.

Another Good Samaritan also assisted to help restrain the suspect’s legs while officers handcuffed him.

Detective Holley said both the good Samaritan and Brown were instrumental in subduing the suspect and minimizing the police officer’s injuries.

“The officer sustained minor facial injuries and bruising,” Holley said. “If Petty Officer Brown and the other good Samaritan hadn’t reacted so quickly, it could have ended up much worse.”

Unfortunately, the Good Samaritan has not been identified.

Brown, who has served in the Coast Guard since 2003, said he originally joined looking for a change and a way to find direction in his life.

While he now works as an electronics technician and provides technical support for Coast Guard cutter navigation systems, Brown previously served as a boarding team member aboard the 210-foot Cutter Resolute out of St. Petersburg, Florida.

During his tour aboard the Resolute, Brown participated in law enforcement missions as a boarding team member and underwent countless hours of tactical training – training he said came into play during his scuffle with Pickens.

“It’s been a while since I’ve used those techniques,” he said. “But you never forget them.”

But Brown said you don’t need tactical training to come to the aid of police officers or other people in trouble: you just need to act quickly and do what you can.

“You’ve got to look out for your local law enforcement members,” said Brown. “You never know when you’re going to need their assistance in return. It all comes back around full circle.”