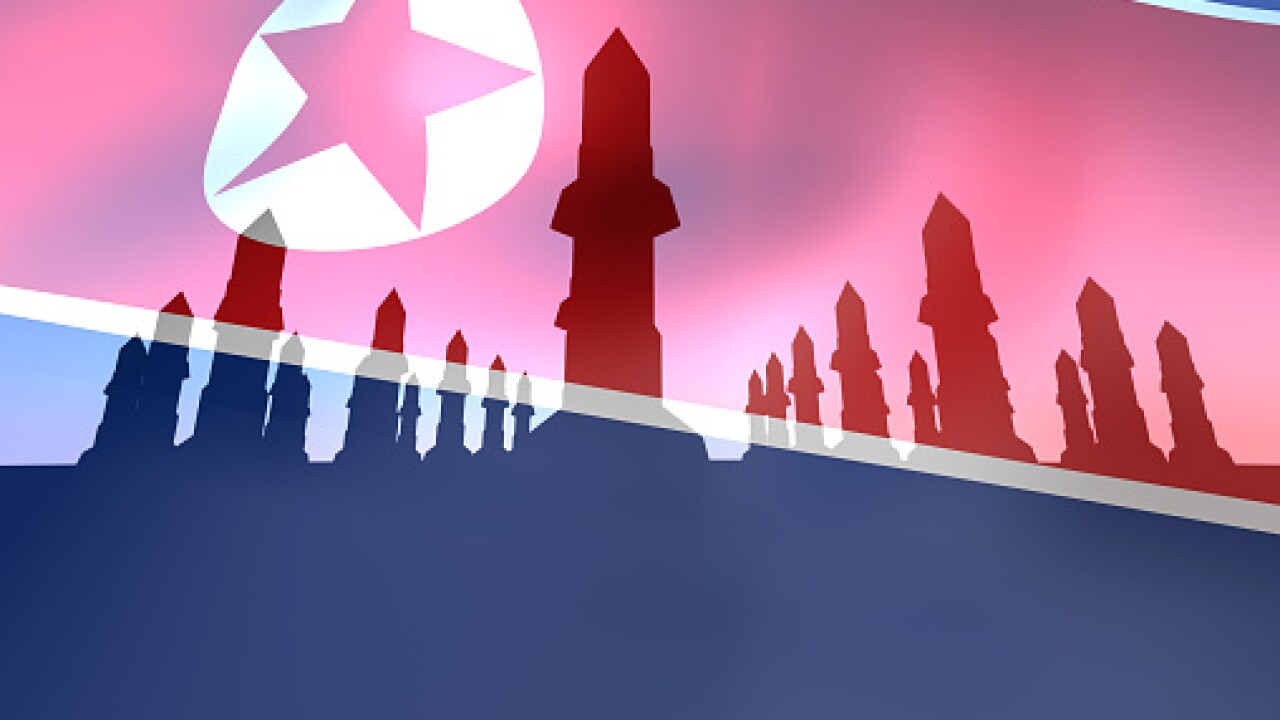 North Korea and the missile

North Korea on Saturday launched a ballistic missile that blew up over land, a spokesman for the US Pacific Command said.

A US military assessment found the main part of the missile landed approximately 35 kilometers (22 miles) from Pukchang airfield, a US official told CNN.

“North Korea disrespected the wishes of China & its highly respected President when it launched, though unsuccessfully, a missile today. Bad!,” US President Donald Trump tweeted.

South Korean officials said the test likely was a failure.

“We are analyzing additional information,” the nation’s Joint Chiefs of Staff said. “Our military is maintaining a thorough defense posture while keeping a close eye on the possibility of North Korea’s further provocations.”

White House officials said Trump was briefed as Air Force One returned to Maryland from Atlanta, where Trump earlier addressed a meeting of the National Rifle Association.

The test-fired missile probably was a medium-range ballistic missile called a KN-17, the US official said. The KN-17 is a land-based solid-fuel missile fired from a mobile launcher.

There has been no announcement on North Korean state television, CNN’s Will Ripley in Pyongyang reported.

John Kirby, a CNN military and diplomatic analyst, said the regime of North Korean leader Kim Jong Un had a message for the United States and others.

Trump’s administration has delivered a drumbeat of warnings about the dangers of North Korea this week, using presidential statements, an unusual White House briefing for the Senate, and a White House lunch for UN ambassadors to underscore that Pyongyang is a priority.

When asked whether the missile test was provocative, US deputy national security adviser K.T. McFarland said North Korea has been “provocative all along.” But “there is reason to be concerned” about North Korea’s missile tests, she added.

On Thursday, the President told Reuters: “There is a chance that we could end up having a major, major conflict with North Korea.” But Trump said he would prefer a diplomatic resolution.

Washington is hopeful the Chinese can help there.

US Secretary of State Rex Tillerson told Fox News on Thursday that China has threatened North Korea with sanctions if the regime conducts a nuclear test. North Korea conducted its fifth nuclear test last fall, and observers have said a sixth test could be near.

China remains one of North Korea’s only allies and is responsible for much of the heavily-sanctioned nation’s economy.

It is North Korea’s ninth attempted missile launch — by CNN’s count — since Trump became President in January. Some of those missiles reached the the Sea of Japan, also known as the East Sea, but Saturday’s test apparently did not.

Kirby said there is no such thing as a failed missile attempt for North Korea’s Kim.

“He learns from every single attempt, and he gets knowledge, and he gets intel. And he takes those lessons learned and just churns them right over into the next one,” Kirby said.

The launch came hours after Tillerson addressed a special meeting at the United Nations, calling for increased pressure on North Korea.

“All options for responding to future provocations must remain on the table,” Tillerson said. “Diplomatic and financial leverage or power will be backed up by willingness to counteract North Korean aggression with military action, if necessary.”

The ambassador, who sits on the UN Security Council, said, “That’s very disgraceful.”

He said that it was “against international law and humanity.”

“We hope that Pyongyang will refrain from any other further escalation because it is not what we hope for,” said Cardi, who heads the UN committee that could sanction North Korea.