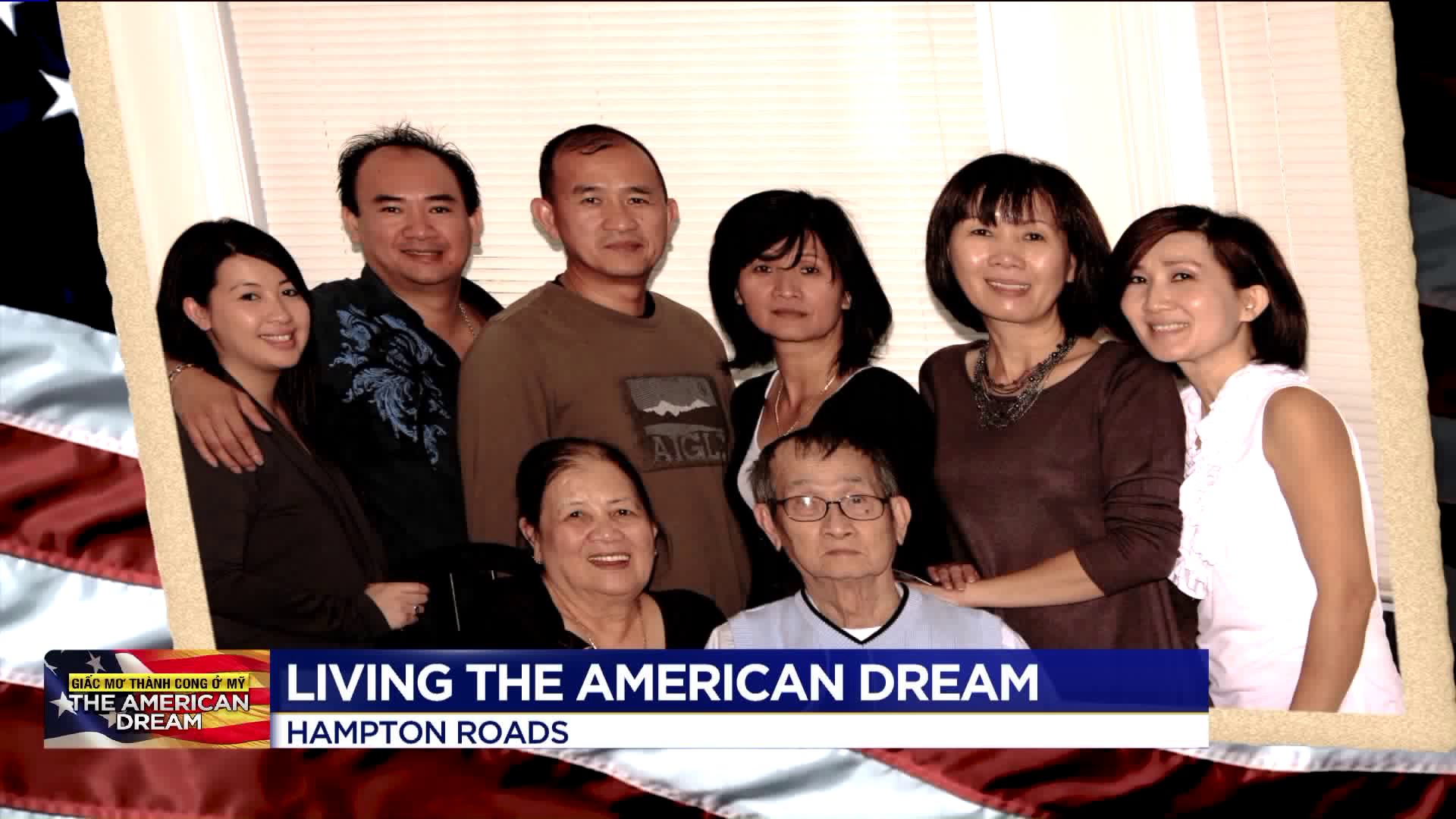 HAMPTON ROADS, Va. - America is known for being the home of immigrants. A second chance for those seeking a new and better life. A former Navy Commander, a dentist, a doctor, and a businessman all lead different lives, but they make up the fabric of the Hampton Roads community.

They are examples of what has always made America great. They are immigrants choosing the American Dream.

Their lives today are different but the story of how they got America is incredibly similar. On April 30, 1975 Saigon, the Capitol of South Vietnam, fell and all of Vietnam became a Communist Country.

"That morning, I vividly remember there was a tank [that] came across the bridge," said Tuan Anh Nguyen, who was a Commander in the U.S. Navy.

Tuan was 10 years old. His dad, a South Vietnamese soldier, was captured and sent to communist re-education camps, which were more like concentration camps. But Tuan said his dad hoped Vietnam would be a better place.

"Little did he know the whole country became a prison. He went to prison for two and a half years and it took us almost a year and a half until we found out where he was," said Tuan.

His Mom was able to pay off some officials and was able to get his dad out of prison. After that, every night, Tuan's dad listened to Voice of America on shortwave radio and heard about Vietnamese escaping the country.

That's when his parents decided they would escape too. Since it would be an extremely dangerous journey by boat, only Tuan and his oldest sister would go with their dad.

"The water was very, very dark. It looked almost black, not blue. And on the fourth day, we were rescued by mercenary ships," said Tuan. 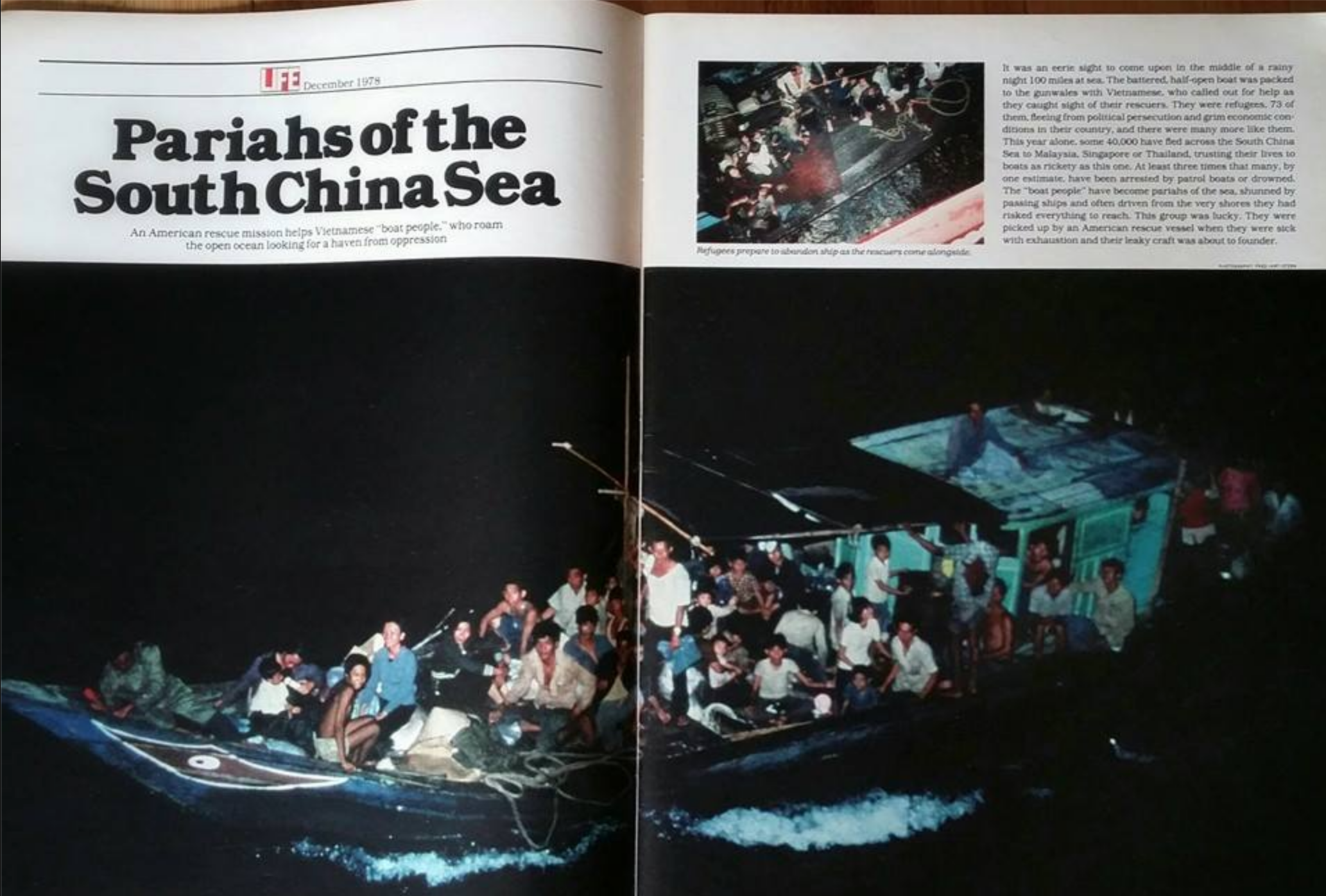 Almost a million people tried to escape. Not all of them made it. Heather Pham was just a baby when her parents made the trip with their children.

"Seeing our parents sacrifice by traveling over this perilous journey over the ocean, we knew we had to succeed because they risked everything so that we would have this opportunity to prosper and live in the land of the free," said Heather.

Succeed she did, working as a dentist in Newport News and starting a family with her college sweetheart.

"I'm proud to call myself an immigrant. My difference in culture and heritage is something I can share to others and I'm able to embrace that," said Heather.

Her husband, Hai Nguyen, is also an immigrant. He came to America as a teenager with his parents and works as a doctor specializing in nephrology.

"In the U.S., I have the opportunity to pursue what I feel right that I can give back to the community. That I can help other people. To contribute to their health," said Hai.

It's been 42 years since the Fall of Saigon and more than 6,000 Vietnamese live in Hampton Roads. Where Vietnamese people are, pho can be found.

"I have five brothers and three sisters and they all own the Pho 79 in Hampton Roads," said Johnny Vo. He opened the very first one 19 years ago, picking the number 79 because it represented the year his parents arrived in America.

Pho is Vietnam's most famous dish. It includes a hearty broth, rice noodles, sweet spices, fragrant herbs and your choice of meat all in one bowl. Johnny believes what makes Pho popular is its versatility.

'You can eat breakfast, you can eat lunch, dinner, especially when you got a hangover," laughed Johnny.

There are nine Pho 79 locations in Hampton Roads. The one in Suffolk opened in March, continuing to cook and serve up the noodle soup.

"Of course our culture, our food, we invent it then suddenly everyone like(s) it now, so makes us proud. Makes us very proud," said Johnny.

That pride is something a majority of Vietnamese Americans feel. Especially for Tuan when he served in Afghanistan.

"That was the turning point of my life. Of my career, that I realized there was a purpose of who we are as Americans and the purpose of why we serve in the military. And of course after I came back from Afghanistan, I was promoted to commander," said Tuan.

Showing even a 12-year-old boy, fresh off the boat, who didn't speak English could become somebody.