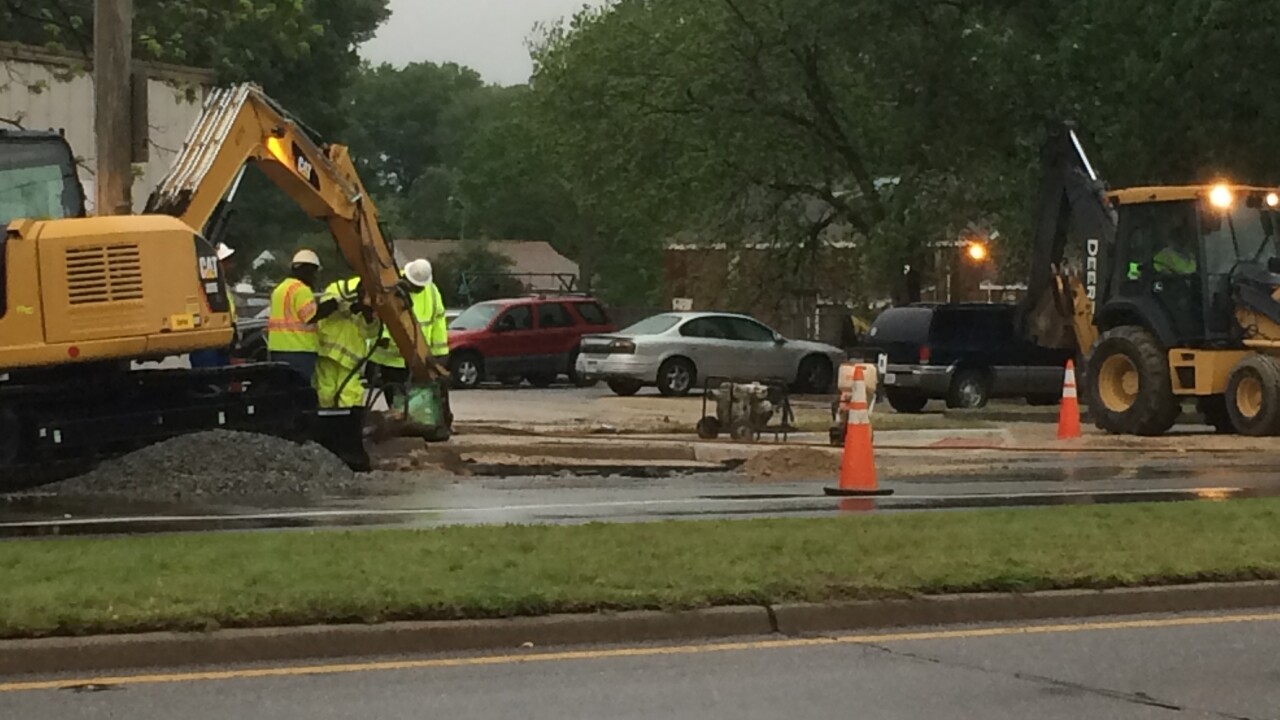 This change will also delay the school bus pick up times, according to the school district.

Newport News public works are on scene now to repair the break. At this time, there is no estimate time on when it will be fixed.