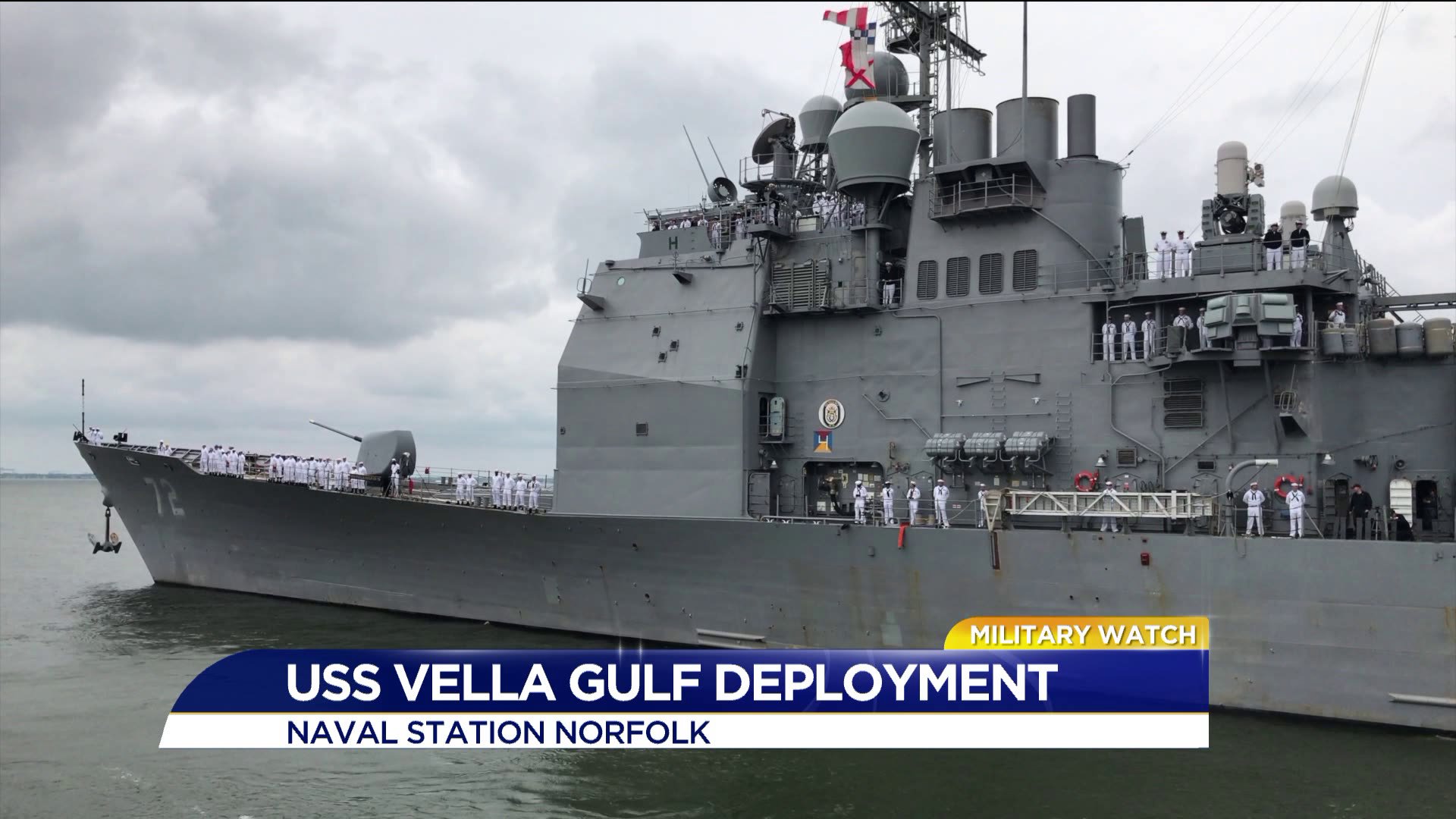 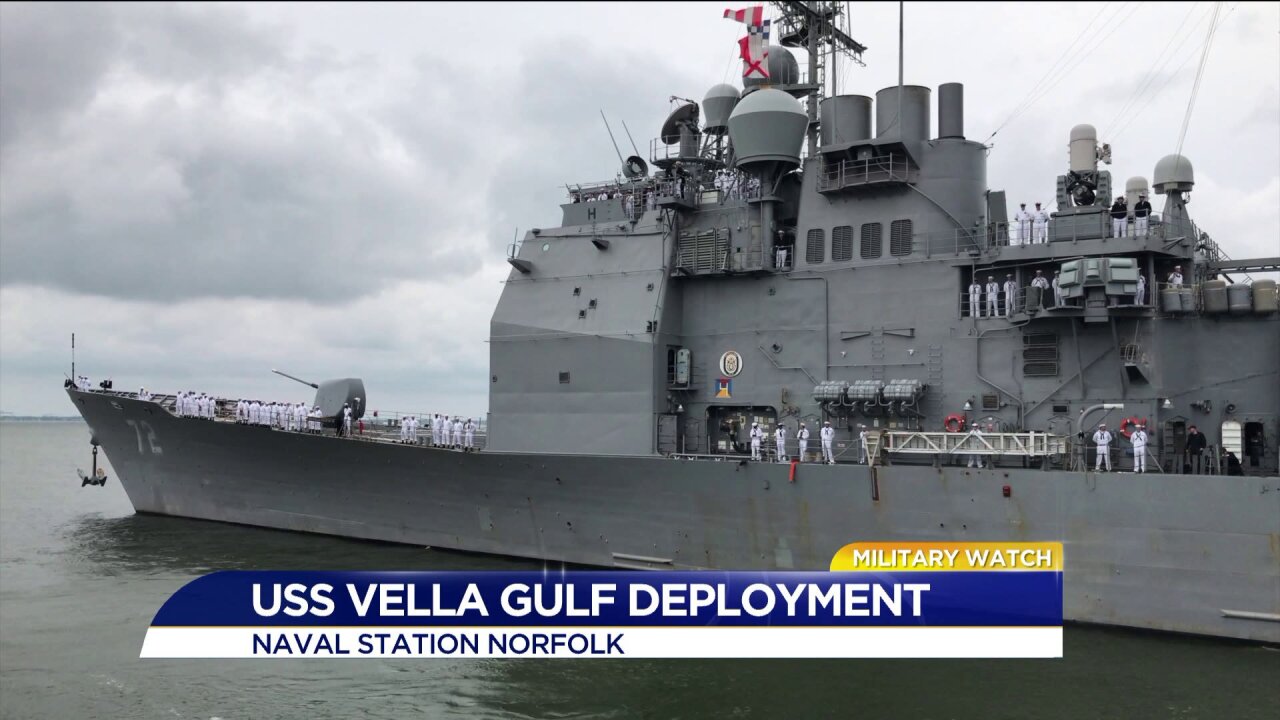 NORFOLK, Va. - Teary eyed loved ones said goodbye to their sailors as they boarded the USS Vella Gulf on Sunday morning.

The crew of 350 will deploy for the next seven months, which means they will not step foot on Norfolk soil until just before Thanksgiving.

Anna Meyers just got engaged to her sailor, and was there for her first deployment as a fiancée.

Meyers wrote her sailor letter for him to open while he was deployed and gave him a care package to take aboard the ship.

Other family members might be too young to remember the deployment, but they still showed up to show their support.

“It is great to see people coming out here, saying their last goodbyes before we take off,” said Capt. Mark Oberley.

The USS Vella Gulf is equipped with guns and weapons, two helicopters and can provide humanitarian or disaster relief if needed.

“We are just out there patrolling the seas, making them safe for everybody to do commerce or whatever needs to be done,” said Oberley

Sailors saluted the American flag as they asked for permission to step on board, prepared for whatever mission they are called upon to do.