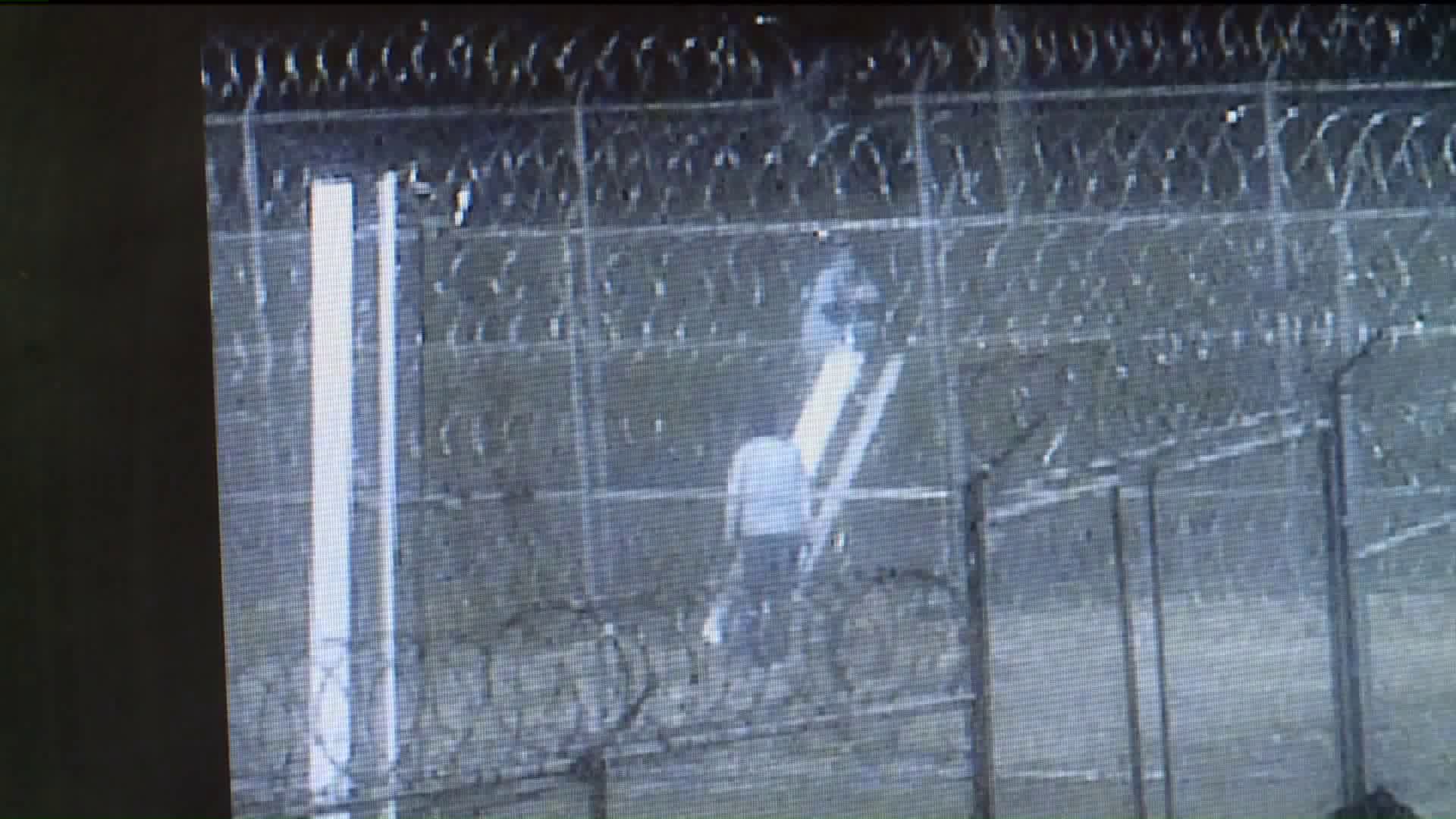 Deputies say surveillance video shows the two inmates run out of time and breath, as they tried to make a run for freedom. "He's trying to go over the fence, but at that time he's not able to, because there's so much razor wire at the top of the fence," a jail investigator told WTVR.

Deputies said it was an escape attempt that apparently wasn't too well thought out.

"The cameras have motion sensors, so when one came on at 9:00 at night, it's either a deer or something’s not right," said Henrico deputy Anna Burton.

They were allegedly caught on camera trying to use a bench from the recreation yard to scale a security fence.

Deputies said they tried using clothing to serve as a buffer to get over the razor sharp concertina wire, but both suffered serious cuts in the process.

"They were moving pretty slowly, but it wasn't abundantly clear on how injured they were," Burton said. She was at the controls Tuesday and says she saw the two inmates where they weren't supposed to be.

"I alerted my supervisor and told everyone to cease movement,” Burton said. “Then I locked everyone down and kept a visual on the camera."

Deputies are investigating how the two made it out into the recreation yard, but suggested they must not have been using their free time to exercise because both were out of breath to the point they just sat down and waited to be caught.

Burton said scaling razor wire definitely took the wind out of the pair and as well as a fair amount of blood. She said the “amateur” attempt is one deputies will learn from.

"Everyone was diligent and the response was just unreal,” she said. “I was very fortunate to have the people here that I did. My support was phenomenal.  I just played a small role."

More charges are pending for both men.

Officials are still investigating the escape but said they plan on making security changes to prevent something like this in the future.