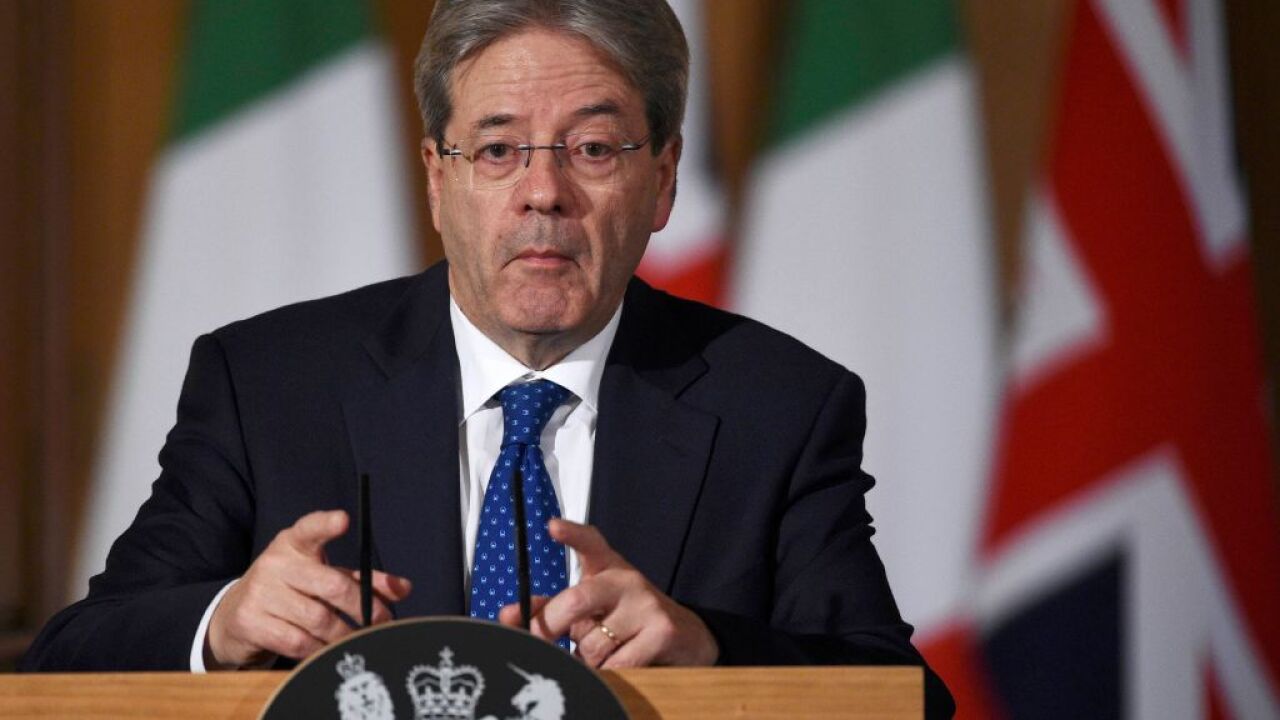 The visit comes a month before Trump is scheduled to travel to Italy for the first Group of 7 summit of his presidency, where leaders of the world’s seven most developed economies will meet for rounds of powerhouse diplomacy.

Following a brief Oval Office meeting and bilateral meeting between the two leaders and their respective delegations, Trump and Gentiloni will hold a joint news conference Thursday afternoon.

Trump’s meeting with the third-largest Eurozone economy is sure to include economic and trade discussions, but security issues may top the agenda.

Italy has been on the front lines of a migrant crisis that has stretched financial resources and wrought political turmoil across the European Union as millions of asylum-seekers and migrants have sought refuge in Europe.

Trump has repeatedly sought to draw connections between the uptick in the flow of refugees in Europe and the spate of terrorist attacks that have taken place in recent years, even when the culprits for those attacks were European-born. And while Europe has sought solutions to accommodate the uptick in refugees, Trump has sought to close the US’ borders to refugees, particularly those from Syria, arguing that they could be a “Trojan horse.”

Italy is also a member of the NATO military alliance and a partner in the US-led anti-ISIS campaign in Iraq and Syria — a fight that Trump has sought to ramp up in his quest to destroy the terrorist group, as he promised on the campaign trail.