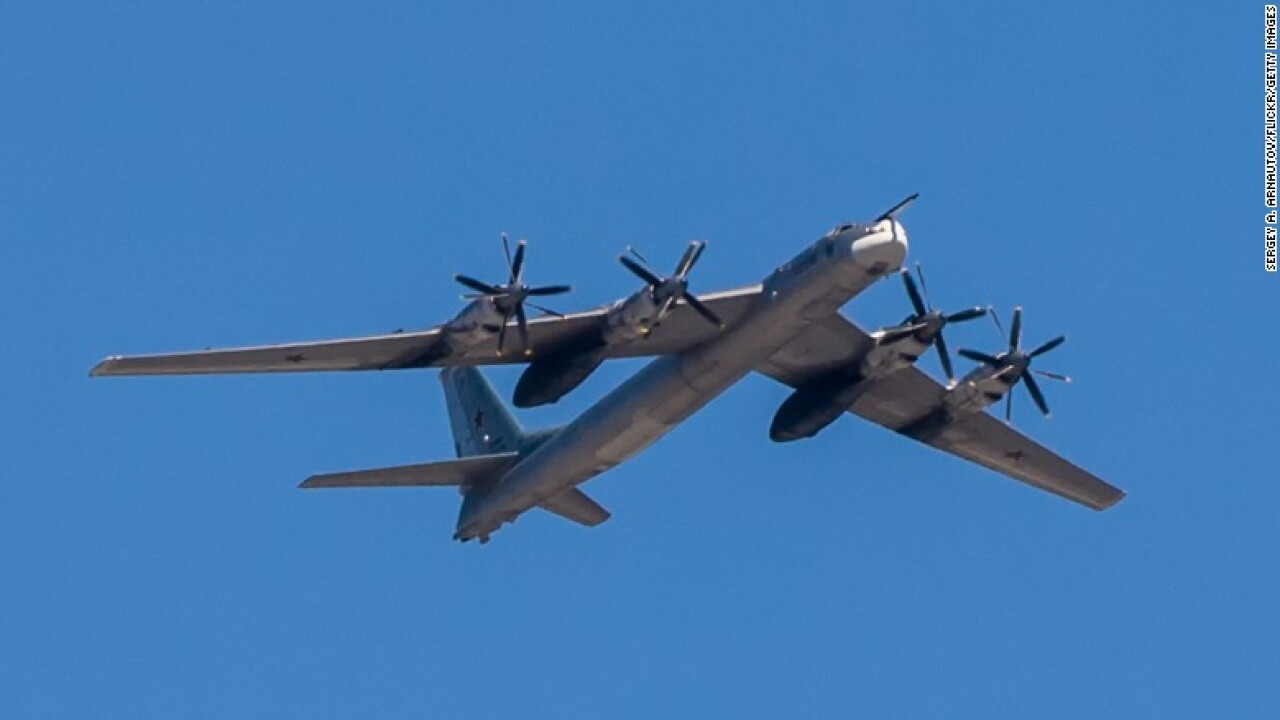 Two Russian TU-95 Bear bombers were spotted flying about 41 miles off the coast of Alaska on Tuesday, just hours after two US F-22 fighter jets intercepted the same type of Russian aircraft in the area.

An E-3 surveillance aircraft was scrambled in response to the second sighting of Russian bombers off the Alaskan coast in 24 hours, a US defense official told CNN.

It is unclear if these were the same planes that were intercepted by the F-22s on Monday, but defense officials told CNN that it was a separate violation.

On Tuesday, the two Russian TU-95 Bear bombers once again flew into the Alaskan Air Defense and Identification Zone, according to two US defense officials. The closest the bombers came was 36 nautical miles off the mainland Alaskan coast, and they flew 745 nautical miles southwest of Anchorage.

The first encounter was described by a US military official as safe and professional and took place about 100 miles from Kodiak Island.

US military officials downplayed Monday’s midair interaction as “nothing out of the ordinary” and “not dissimilar from what we’ve seen in the past with respect to Russian long-range aviation.”

But Illinois Republican Rep. Adam Kinzinger told CNN’s Wolf Blitzer that the Russians were “trying to show their teeth” by flying so close to the US coastline amid tensions between the two nations.

“This was a show of force by the Russians to show us that they are still here,” Kinzinger said. It was “an attempt to come up as close as they could to our international borders to see what our reaction would be.”