List of what changes in Phase Two for Virginia
Weather

Watching the tropics… in April! 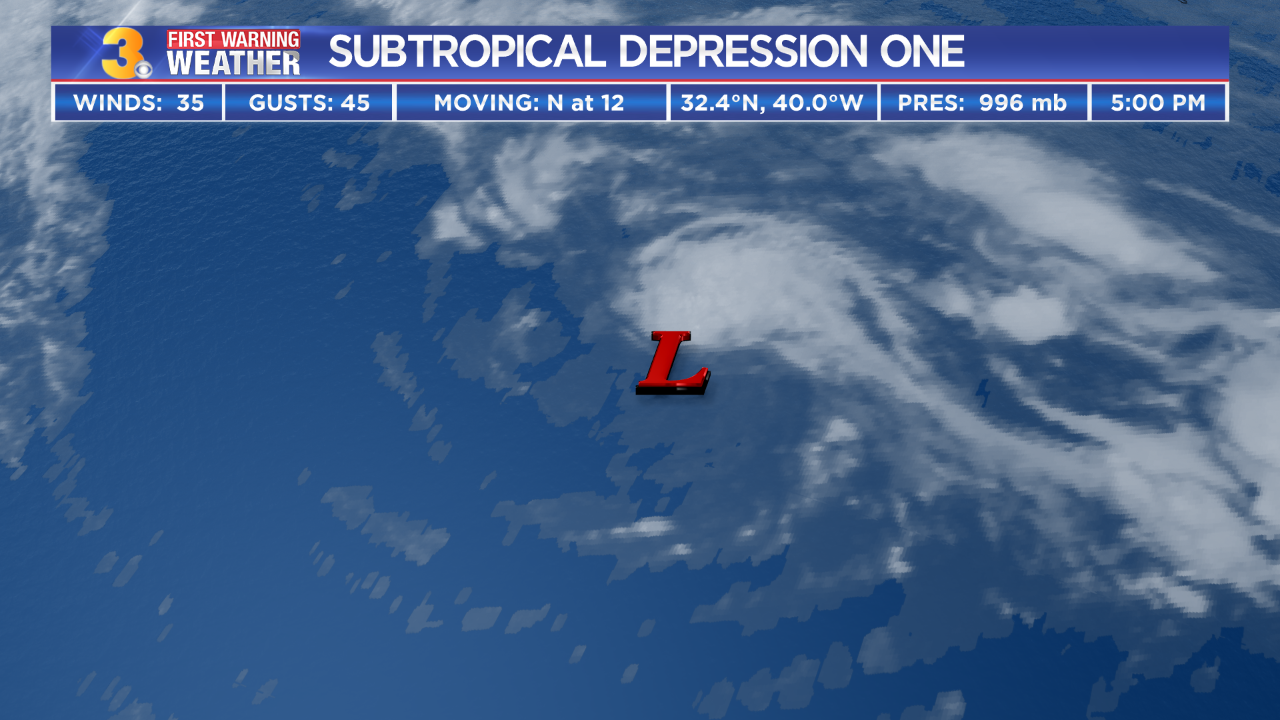 The first tropical system of 2017 formed on Wednesday…

A subtropical depression has formed in the central Atlantic about 830 miles west southwest of the Azores. The system poses no threat to land and is expected to dissipate by Thursday.

What is a subtropical depression?

Subtropical Depression: A subtropical cyclone in which the maximum sustained surface wind speed is 33 kt (38 mph) or less. (From NHC/NOAA)

What is a subtropical cyclone?

Here’s the bottom line… We are watching a system in the open Atlantic. It poses no threat to the East Coast. It could develop into a depression or even get the name “Arlene”.