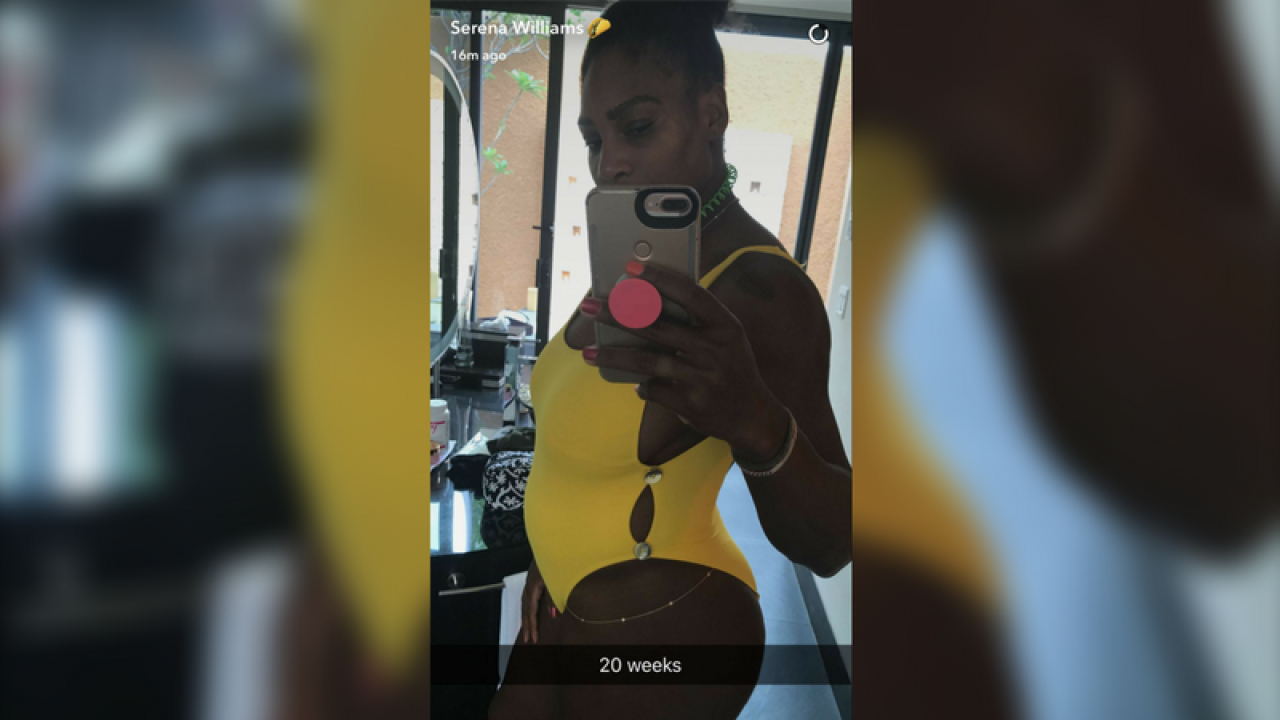 Tennis player Serena Williams offered up a side profile shot of herself in a yellow swimsuit with a caption that read “20 weeks” on Snapchat.

A spokesperson for Serena Williams has confirmed that she and fiancé Alexis Ohanian are expecting their first child.

“I’m happy to confirm Serena is expecting a baby this fall,” Williams’ spokesperson told CNN in a statement.

The news broke Wednesday morning after Williams offered up a side profile shot of herself in a yellow swimsuit with a caption that read “20 weeks” in a Snapchat posting that quickly disappeared.

But not before a screen shot was taken and sent around the Web.

That means Williams was pregnant when she won the Australian Open in January, further adding to her rep as one of the greatest athletes of all time.

After pulling the Snapchat post there was speculation as to whether Williams was just playing with fans even as good wishes flowed in from fellow celebs and US Open Tennis.

The world renowned athlete has clearly taken some lessons in keeping secrets from her BFF Beyonce. In February, the superstar singer posted a photo with her baby bump on Instagram to announce the news.

Fans were surprised to learn in December that Williams was engaged to Ohanian, Reddit’s co-founder, since they had kept their romance out of the spotlight.

News of a little one immediately sent Twitter into a tizzy about Williams, given that good friend Beyonce is pregnant with twins.

With 23 Grand Slam wins, Williams holds the record for the most by a player in the Open Era.

In March, she withdrew from the BNP Paribas Open at Indian Wells, California, and the Miami Open, citing a knee injury.