Public gets opportunity to speak on Norfolk city budget 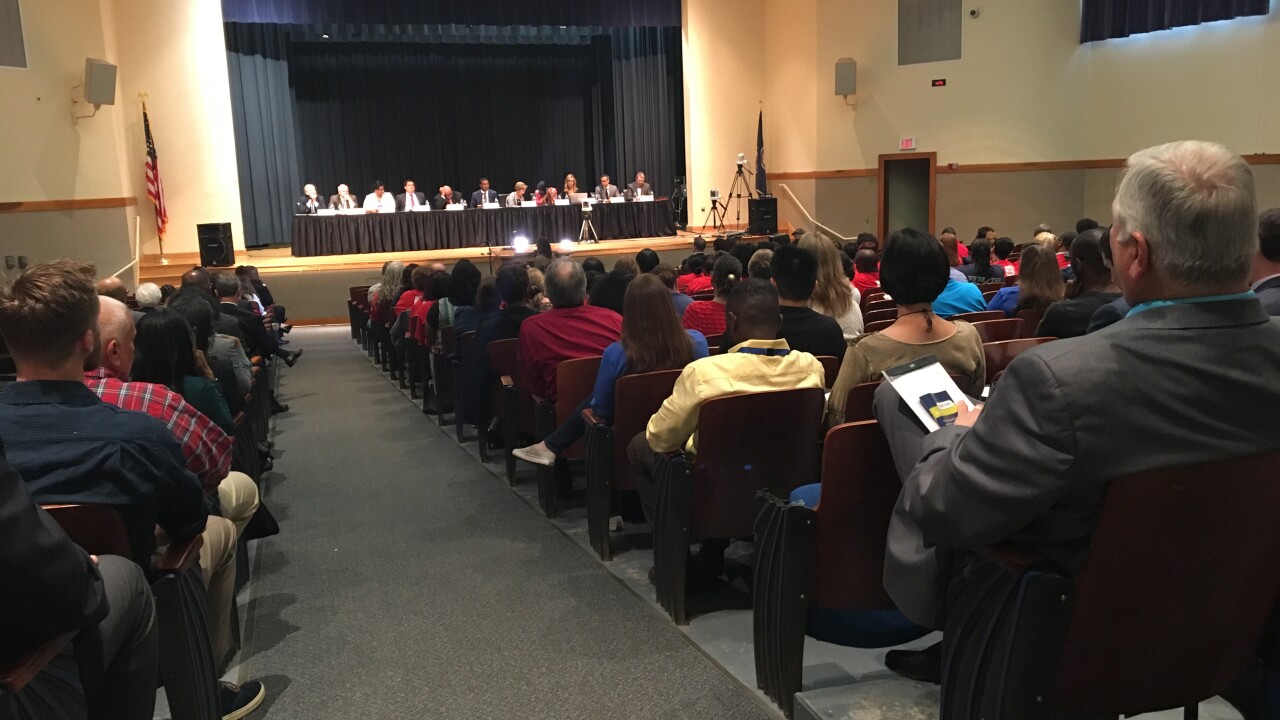 The shirts, worn by the Norfolk Federation of Teachers, criticize the proposed FY2018 Norfolk city budget.

The $853 million General fund budget in its current form does not include an extra $10 million approved by the Norfolk School Board last month, which in part would be used to save nine teaching positions.

Early in the meeting, Norfolk Superintendent Melinda Boone expressed her disappointment in the city’s proposed budget.

Mayor Kenny Alexander has said such an increase would require raising taxes.

City council is expected to vote on the budget in May.