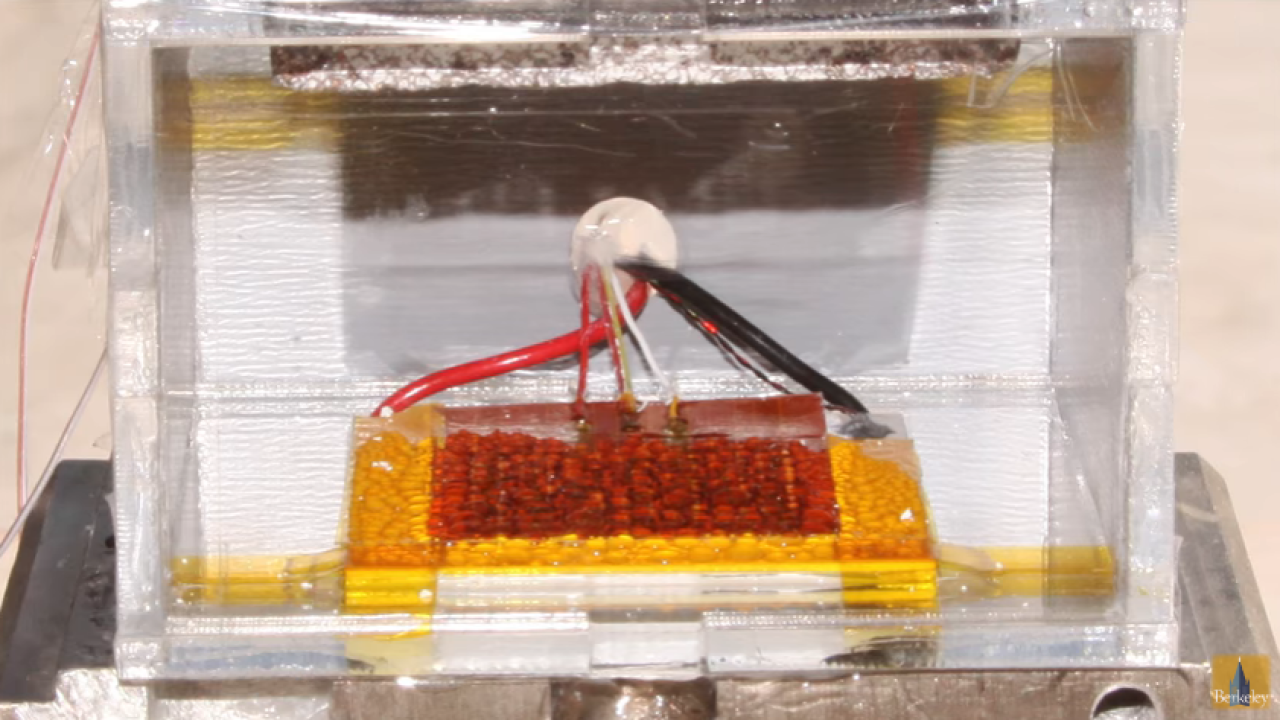 Scientists have a new solution for bringing clean water to remote areas.

A team has created a solar-powered device that can produce drinking water out of air — even in desert climates, according to the researchers from the Massachusetts Institute of Technology and the University of California, Berkeley.

“I’m most excited about being able to realize a functioning device in these remote areas and to be able to provide clean water to all the people who need it,” Evelyn Wang, associate mechanical engineering professor at MIT and co-author of the paper first published in the journal “Science,” told CNNTech.

The new device looks like a box. Inside the box is a layer of a custom metal-organic framework (also called a MOF), which is essentially a material that acts as a sponge to capture as much water as possible when the box is open.

Once the water is captured, the box is closed and exposed to the sun. The sun heats up the material so it releases water from its surface in the vapor phase. The vapor is then converted to the liquid phase with a condenser — which can cool the vapor even in hot climates — to create clean drinking water.

It’s capable of collecting 2.8 liters of water per kilogram of metal-organic framework that is used. It can do this in areas where the humidity level is as low as 20%, compared to existing devices that work in 50% humidity.

MOFs are one-, two- or three-dimensional compounds invented about 20 years ago by Berkeley professor Omar Yaghi, one of the researchers behind the new device. They are an extremely porous material and water molecules can easily attach to the framework. The MOF used in the new device is called MOF-801, which was first reported a few years ago.

Right now, the new system is in the “proof of concept” phase to show it can work, Wang said. The key, she added, will be scaling up the prototype. The researchers have developed the materials in a lab environment and now will have to make them in larger quantities — which Wang said will reduce costs. Companies like German manufacturer BASF have produced large-scale quantities of MOFs previously, she noted.

The prototype is currently the size of a small tissue box, but the final product is expected to be about as big as a carry-on suitcase so it can produce enough water for a family of four.

It’s designed for places that are extremely dry, but that still have a lot of sun, such as North Africa and India. “We can deploy [the] devices in those types of regions, where all they need is this device and sun,” Wang said.

Two-thirds of the world’s population is experiencing water shortages, according to the researchers.