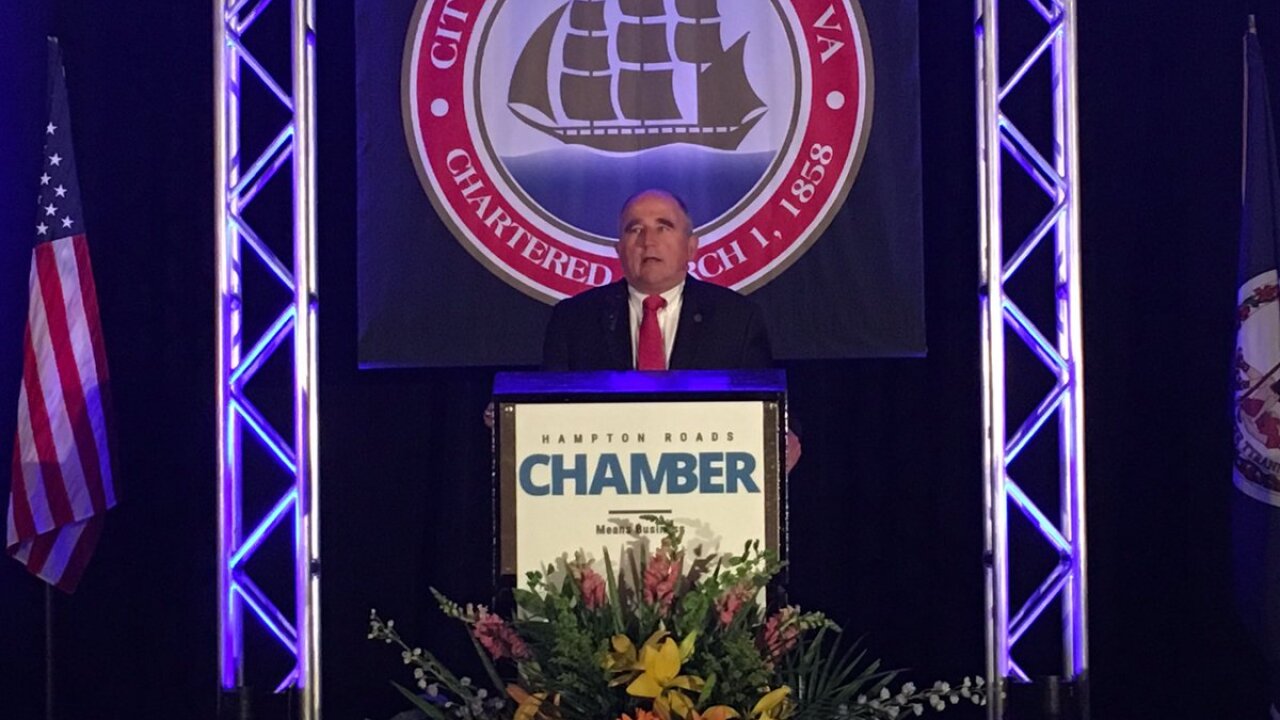 “You’ve got to put these sunshades on because Portsmouth’s future is bright!” said Portsmouth Mayor John Rowe.

Rowe plans to start his first year in office on the right foot starting with employment.

He pointed to a more than 320 million dollar investment that will double the capacity of the Virginia International Gateway Terminal.

He also wants to improve Portsmouth’s educational system by partnering with Tidewater Community College, including the enhancement of neighborhoods by starting a poverty task force. However Rowe says that’ll take time.

“The first thing you have to do is determine what the current resources are, where they’re overlaps, where they’re gaps and work to make sure that we don’t waste resources as we attack this issue,” Rowe added.

Other developments such as new apartments, restaurants and breweries along Portsmouth’s waterfront will also bring positive change to the community.