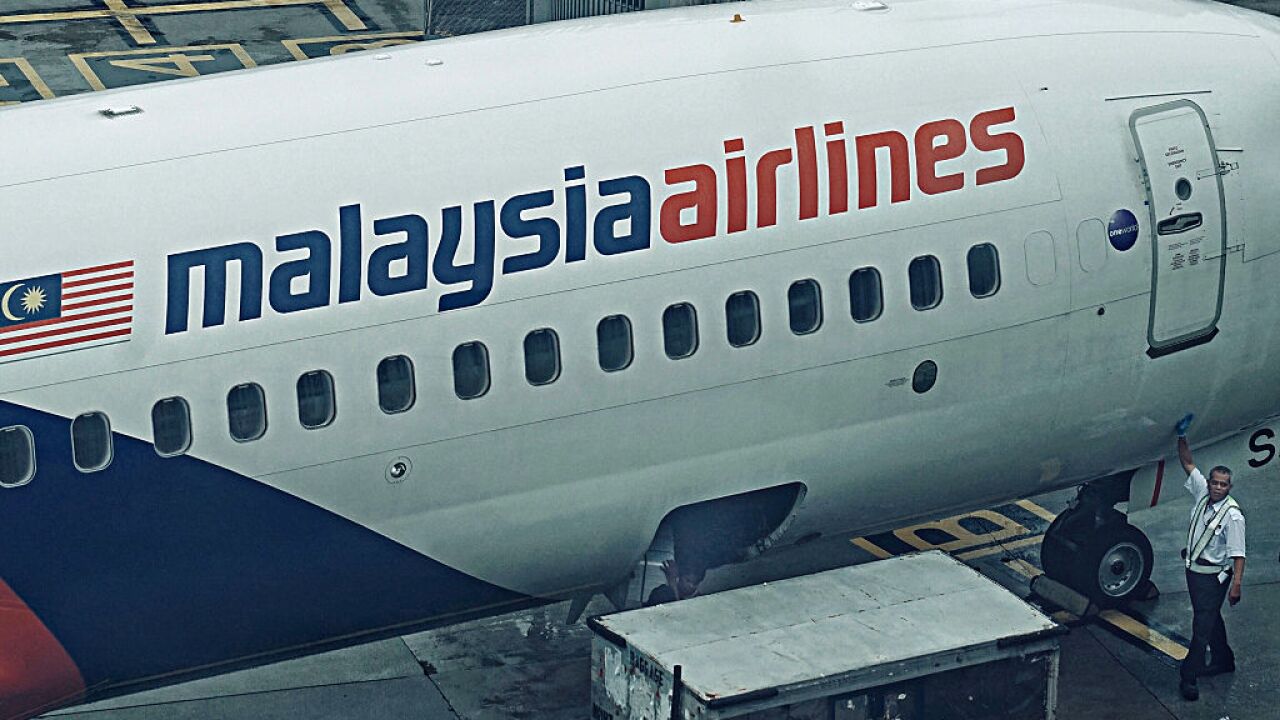 KUALA LUMPUR, MALAYSIA – JANUARY 23: Malaysian Airlines ramp crews unloading the cargo from an aircraft at the busy terminal of Kuala Lumpur International airport on January 23, 2017 in Sepang, Malaysia. The families of victims onboard the missing flight MH370 said on Sunday they plan to hand deliver a petition and personal letters to Malaysian Transport Minister, Liow Tiong Lai, during his visit to Australia, urging him to resume search for the missing plane after authorities recently announced the international search suspended. The reputation of Malaysian Airlines remained stained by the flight that went missing in March 2014 while traveling from Kuala Lumpur to Beijing with 239 passengers aboard, 154 were Chinese. (Photo by Rahman Roslan/Getty Images)

Malaysia Airlines wants to keep a closer eye on its planes.

More than three years after its flight MH370 vanished with 239 people aboard, the airline has become the first to sign up for a service that will track its entire fleet with satellites.

Malaysia Airlines struck a deal with a group of aviation industry firms to monitor the flight paths of its aircraft anywhere in the world, including over “oceanic, polar and remote regions,” according to a statement.

MH370 vanished from radar during a flight from Kuala Lumpur to Beijing and is believed to have crashed in the Indian Ocean. The Boeing 777’s disappearance sparked a search of unprecedented scale, prompting a global debate about consistent standards for aircraft tracking.

“Real-time global aircraft tracking has long been a goal of the aviation community,” Malaysia Airlines Chief Operating Officer Capt. Izham Ismail said in the statement. “We are proud to be the first airline to adopt this solution.”

The new partnership — with Aireon, FlightAware and SITAONAIR — will ensure the airline has access to space-based tracking data for every minute of a flight’s journey. The new system is expected to come online next year.

“Malaysia Airlines will know the location, heading, speed and altitude of all aircraft in its fleet, at all times, and be alerted to any exceptions,” Paul Gibson of SITAONAIR said in the statement.

Many companies have been jockeying to supply airlines with global tracking systems, including Rockwell Collins and Inmarsat.

The disappearance of Flight 370 remains one of the world’s biggest aviation mysteries and its exact crash site has yet to be located.

It’s unclear if the new satellite-tracking system would have made a difference, though.

MH370’s transponder, which broadcasts the jet’s position and identity to air traffic control, stopped communicating while over the Gulf of Thailand. The Aircraft Communications Addressing and Reporting System, also known as ACARS, which transmits small data messages to the airline to a ground network or satellites, also stopped communicating.

The extended inquiry has investigated whether the communications were intentionally switched off by someone aboard the aircraft, but no conclusion has been reached.

In the absence of those systems, investigators have had to rely on obscure satellite data to piece together Flight 370’s possible path to the southern Indian Ocean.

If flights are tracked with updates every minute, it would make it much easier to locate an aircraft if it crashes in a remote part of the world.

Even with 60 second updates, the precision of a search would be far greater than in the case of MH370.

The International Civil Aviation Organization has mandated that an aircraft must transmit its position once every 15 minutes by November 2018. That will drop to once every minute by 2021 if the aircraft is in distress.