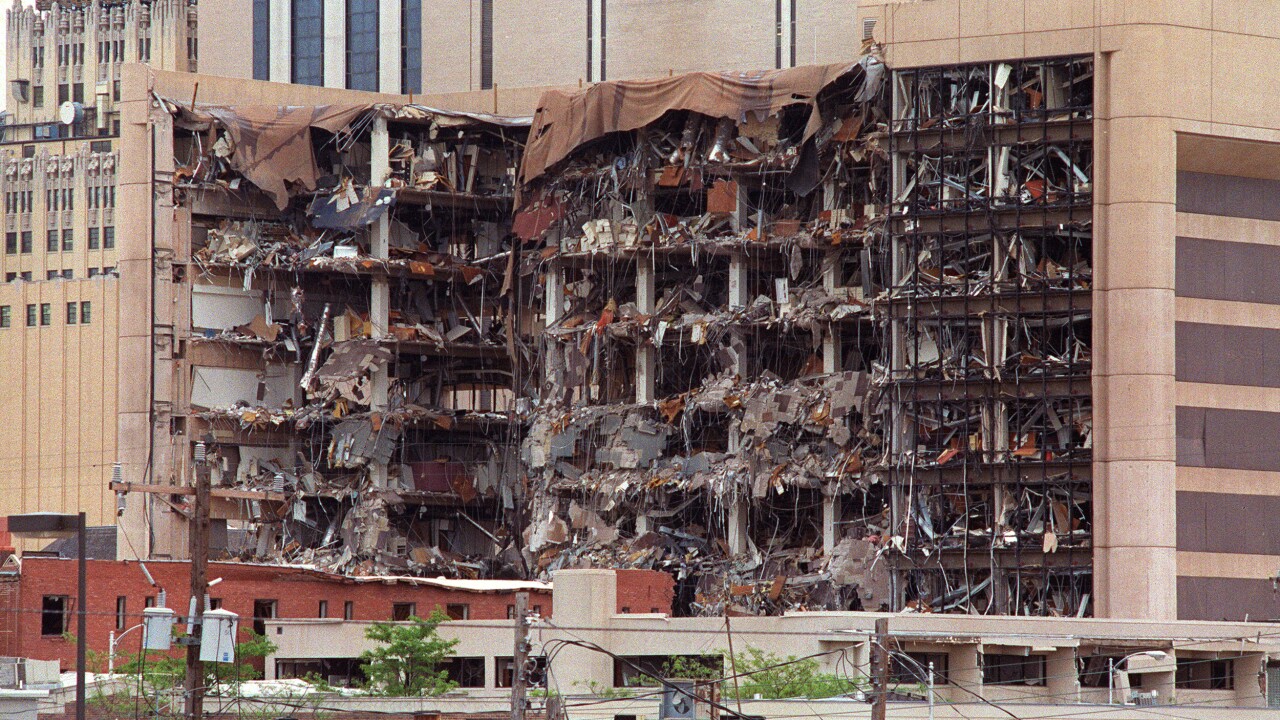 OKLAHOMA CITY, OK – APRIL 19: This 19 April 1995 file photo shows the north side of the Albert P. Murrah Federal Building in Oklahoma City and the devastation caused by a fuel and fertilizer truck bomb detonated in front of the building. The blast, the worst terrorist attack on US soil, killed 168 people and injured more than 500. Timothy McVeigh, convicted on first-degree murder charges for the 19 April bombing was sentenced to death in 1997. (Photo credit should read BOB DAEMMRICH/AFP/Getty Images)

April 19 marks the 22nd anniversary of the Oklahoma City bombing.

On April 19, 1995, Timothy McVeigh and Terry Nichols blew up the Alfred Murrah Federal Building in downtown Oklahoma City with a rental truck packed with homemade explosives.

It was the deadliest act of domestic terrorism America had ever faced.