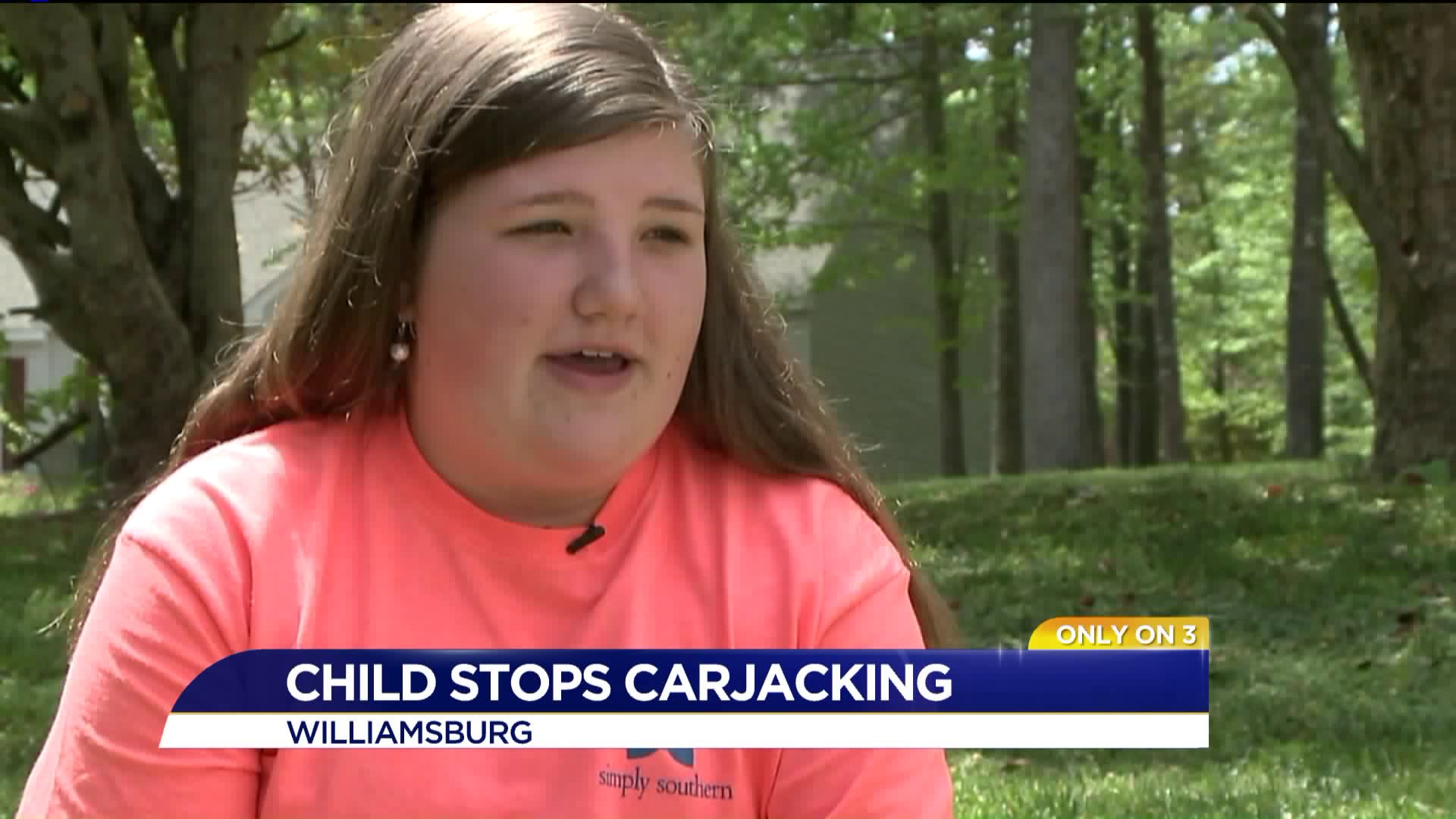 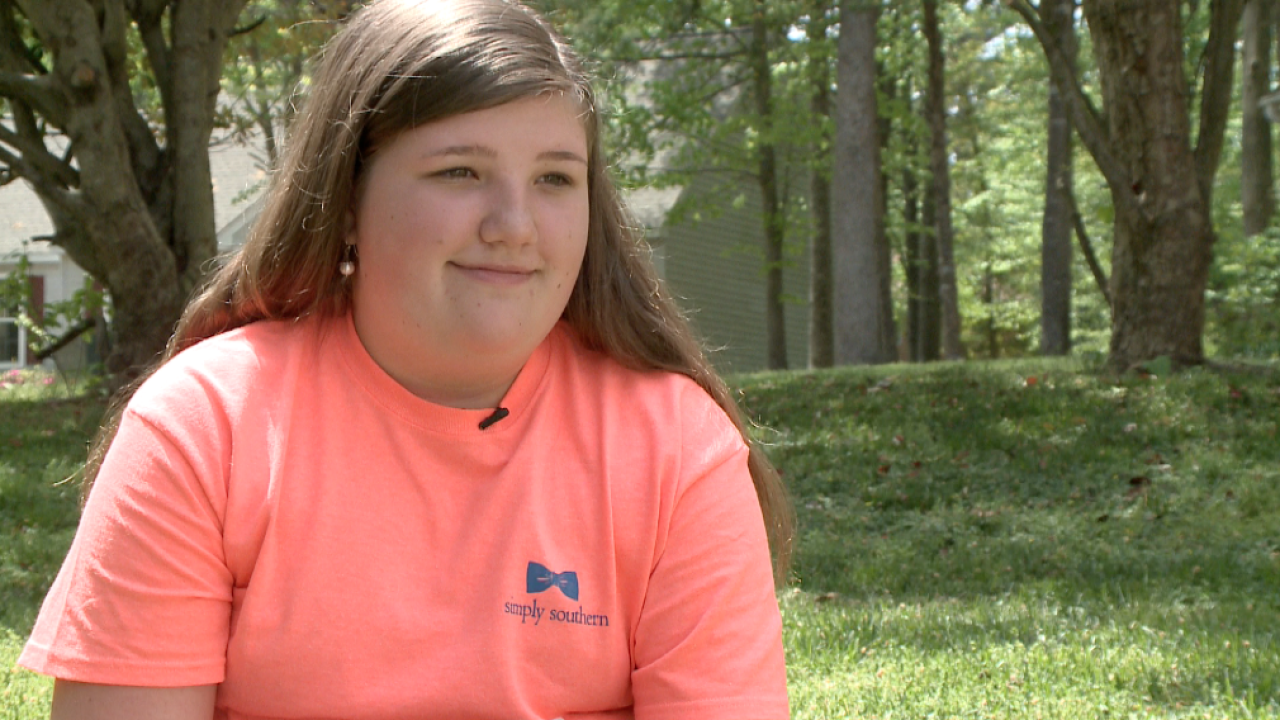 JAMES CITY COUNTY, Va. - When a Williamsburg mom pulled over to help victims of a car crash over Easter weekend, she says she had no idea her 12-year-old daughter would end up being the hero that day.

Brandie Weiler and her two daughters, Maddie (12) and Mollie (7) were on their way to Busch Gardens on Saturday when they all witnessed an accident on the corner of John Taylor Highway and Greensprings Road.

“We saw the car crash happen right before us, two cars in front of us,” Maddie told News 3’s Merris Badcock.

Maddie’s mom pulled over to help, but while she was on the phone with 911, she says the man who caused the accident, later identified as Paul Salsman, approached her van with her two girls inside.

“I could see him going towards the van, and I’m screaming,” said Weiler.

While the girls were waiting for their mom, Maddie and police say Salsman approached their van, stuck his hand inside the car, unlocked the door and climbed in.

“He was saying all these things like, ‘Let’s go’ and ‘I need to get to this place’,” Maddie said.

12-year-old Maddie Weiler acted quickly when Salsman tried to steal her mother's car, with her and her little sister inside.

He tried to take off, but Maddie was ready for a fight.

“I just went for it,” she said. “Nothing passed my mind except, ‘He is a psycho and he needs to get out of the car’.”

Maddie started punching the man and screaming for help. But she did one more thing to help protect her and her sister.

“I put the car in drive because that is a safety feature on the van, and held it there,” said Maddie. With the transmission in drive, Maddie knew there was no way Salsman would be able to start the car.

Her actions allowed her little sister Mollie to make it out of the vehicle safely.

“I thought he was going to take us,” Mollie said, but she quickly learned she would be safe as she watch her older sister give Salsman a beat down. “It was amazing because she has never done that.”

Maddie hails from a family of police officers and firefighters. Her parents, Brandie and Steven Weiler, say they had gone over situations like this numerous times with their children.

“She has always been told if anyone tries to take you, kick, scream, bite, hit, gouge out their eyes, whatever you have to do,” said Steven.

But even he says Maddie’s decision to throw the car in drive to keep the engine from starting surprised him.

“This could have been an Amber Alert had it not been for her thinking.”

Salsman was charged with three counts of felony carjacking, felony hit and run and driving under the influence of drugs. Police say he tried to steal two other vehicles before they arrived. They say Salsman has to be tased two times before he was finally taken into custody.

Meanwhile, Maddie suffered a fractured growth plate in her wrist for her bravery, But she has advice to other girls who may find themselves in her position: never, ever give up.