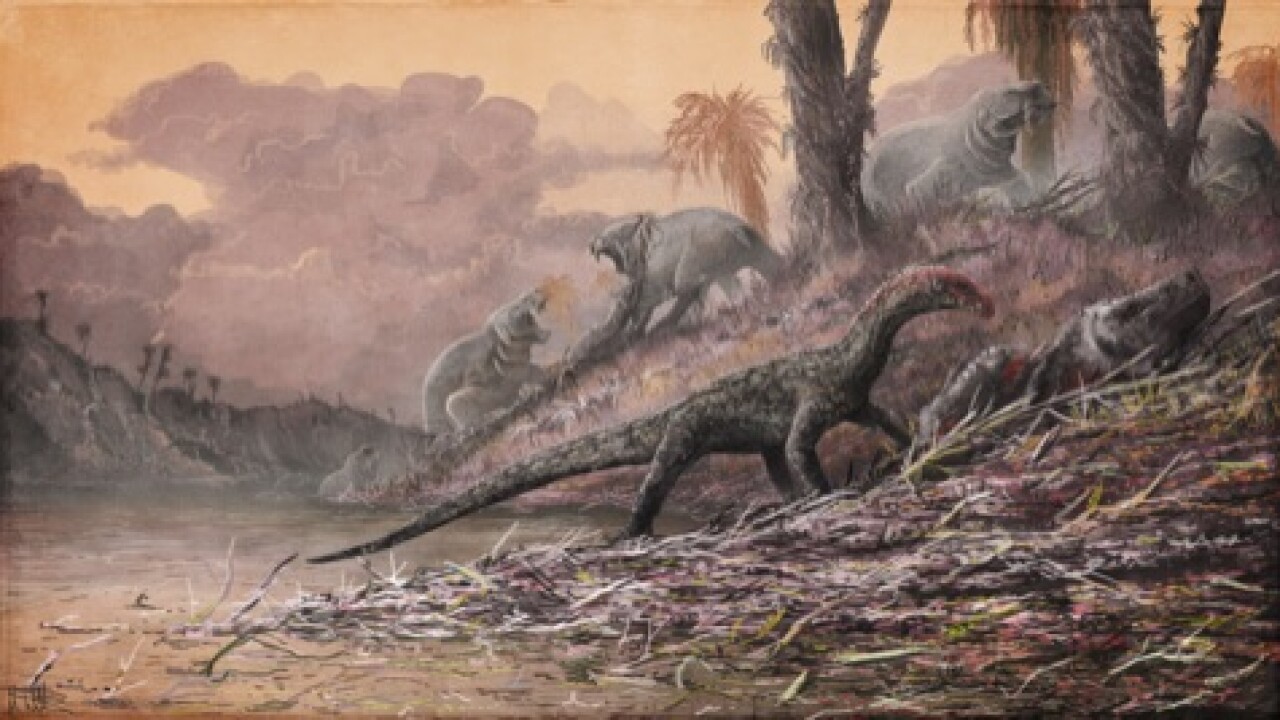 BLACKSBURG, Va. – A Virginia Tech paleobiologist has discovered a creature that lived more than 245 million years ago, during the Triassic Period before dinosaurs.

The discovery of Teleocrater Rhadinus was unearthed in southern Tanzania. The first Teleocrater fossils were discovered in Tanzania in 1933 by paleontologist F. Rex Parrington.

But since the first specimens lacked critical identifying bones, it could not be determined whether they were more closely related to crocodylians or dinosaurs.

Teleocrater and its kin are the earliest known members of the bird branch of the archosaurs. It was approximately seven to 10 feet long with a long neck and tail. And instead of walking on two legs, it walked on four crocodylian-like legs.

“The discovery of such an important new species is a once-in-a-lifetime experience,” said Sterling Nesbitt, an assistant professor of geosciences in the College of Science.

Teleocrater and other recently discovered dinosaur cousins show that these animals were widespread during the Triassic Period and lived in modern day Russia, India, and Brazil. Furthermore, these cousins existed and went extinct before dinosaurs even appeared in the fossil record.

The team plans to return to Tanzania in May to find more remains and missing parts of the skeleton.