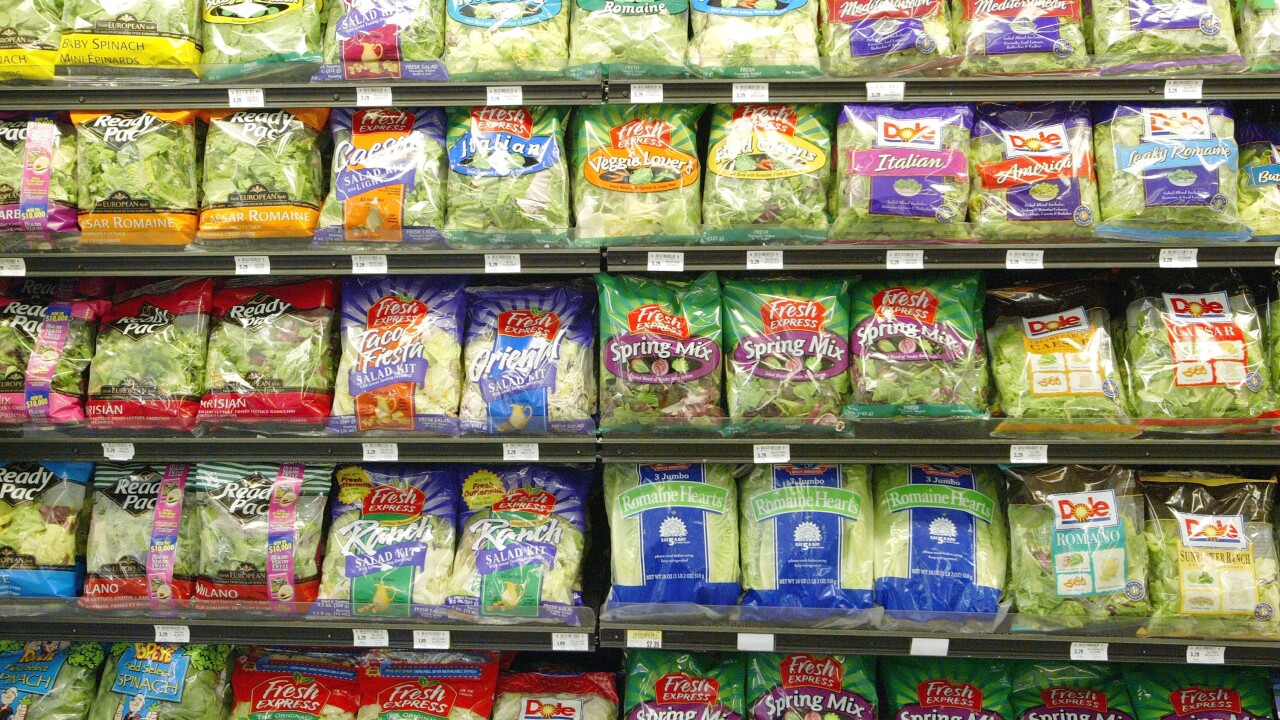 JUNE 19: Pre-Packaged salad sits on the shelf at a Bell Market grocery store June 19, 2003 in San Francisco, California. Packaged salad which was near non-existent a decade ago has become the second fastest selling item on grocery shelves behind bottle water, overall the retail market for bagged salad is $2 billion annually. (Photo by Justin Sullivan/Getty Images)

ORLANDO, Fla. – Fresh Express is recalling a limited number of their Organic Marketside Spring Mix after finding “extraneous animal matter” in the bag, according to the company.

The recalled item is their 5 ounce Organic Marketside Spring Mix in a clear container with the production code G089B19 and a best-if-used-by date of April 14, 2017 located on the front label, with with UPC code 6 8113132897 5 located on the bottom of the container.

The recalled salads were distributed only to Walmart stores located in the Southeastern region of the U.S.

According to the Center for Disease Control and Prevention, a dead bat was found in a packaged salad purchased from a grocery store in Florida.

Two people in Florida ate some of the salad before the bat was found, according to the CDC. The CDC says the two people were recommended to begin post-exposure rabies treatment as a precaution. Both people report being in good health and neither has any signs of rabies. There have been no other reports of bat material found in packaged salads.

Consumers who may have already purchased the recalled product should throw it away and not eat it.

A full refund is available where purchased or by calling the Fresh Express Consumer Response Center toll-free at (800) 242-5472 during the hours of 8 a.m. to 7 p.m. Eastern Time.