US ground operations stepped up inside Yemen 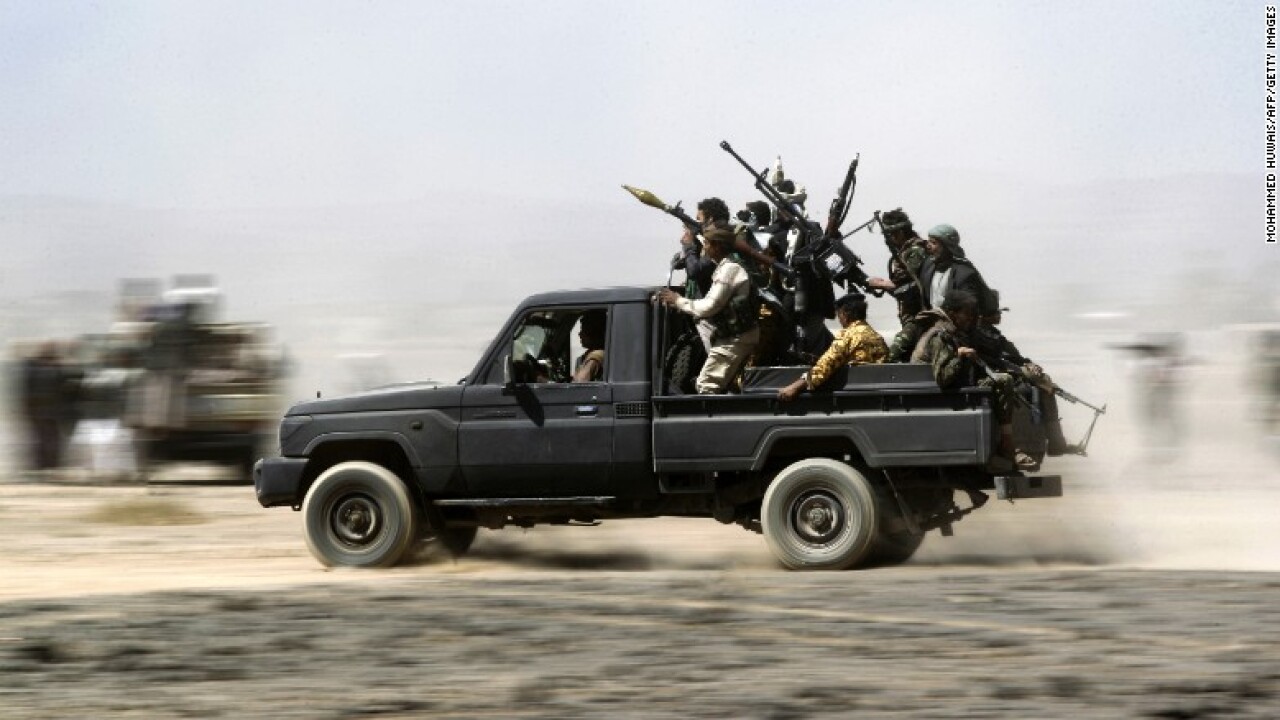 US special operations force have stepped up ground operations inside Yemen amid growing concern that the al Qaeda affiliate there continues to actively plan attacks on western targets, including targeting commercial aviation.

A general view taken on March 16, 2017 shows a school that was damage in an air strike in the southern Yemeni city of Taez. (Photo credit: AHMAD AL-BASHA/AFP/Getty Images)

The ground covert ground missions have the specific goal of secretly collecting intelligence on the al Qaeda affiliate there, including their top operatives and locations where they may be hiding.

The US has not acknowledged any specific ground operations since the Navy SEAL raid. Soon after Trump took office that became controversial after the death of a Navy SEAL and civilians.

“We have people on the ground, as you know, and as we’ve stated before, we have not had any ground combat operations since January 28,” said Pentagon spokesman Capt. Jeff Davis, which was the date of the Navy SEAL raid. But two other officials with direct knowledge of the latest intelligence say ground operations recently have taken place, even if it did not result in combat. They say ground missions are happening regularly.

When the Trump administration moved to ban electronic devices in the passenger cabins of some aircraft, one of the major reasons was growing intelligence that ISIS was testing devices that could make it pass airport screening technology as CNN exclusively reported on Friday. Other groups such as al Qaeda in the Arabian Peninsula (AQAP), the affiliate in Yemen, were mentioned in passing. One official says AQAP remains “the most active threat” to aviation.

The highly dangerous ground operations are deemed worth the risk by the Pentagon because recent intelligence has shown al Qaeda in the Arabian Peninsula headquartered in Yemen is actively plotting.

US airstrikes have decimated some of the groups ability to carry out actual attacks officials say, but the intelligence shows they still very much plan to try. Several US officials say the recent ban on electronics in passenger cabins on some flights was due in part to intelligence emanating from AQAP.

These ground operations go beyond previously acknowledged US airstrikes. The only ground missions acknowledged recently was the January Navy SEAL raid. It was made public because the Pentagon had to acknowledge a service member was killed — also a beginning of the acknowledgment how deeply troops are involved there.

In addition to ground operations, the US has launched approximately 20 airstrikes against al Qaeda in Yemen since March 30, Davis told reporters Monday at the Pentagon. Davis said the strikes targeted AQAP militants and infrastructure.

A US defense official told CNN that two of the strikes were conducted in the last 24 hours in Shabwah Governorate.

On the latest missions CNN has been asked to withhold details of some of the tactics and highly advanced surveillance technology special operations teams use because it could risk terrorists finding out US capabilities.

The goal recently has been in part to collect intelligence from key locations over a period of time, a somewhat different strategy from the SEAL raid, where the plan was to move in and out quickly. There are measures in place to keep US troops safe when they are on the ground and to extract them quickly. Troops do not necessarily stay on the ground for extended periods.

The increased actions have taken place since the Trump administration took office and increased the military’s authorities to conduct operations in Yemen. There has been a vague acknowledgment by defense officials that small so-called contact teams of special operations forces have occasionally gone into Yemen to meet with forces the US backs, including Emirati forces, to learn what intelligence they have gathered.

But US troops have also partnered with them on the ground. Two US officials also told CNN that the US has been able to get intelligence from detainees on the ground inside Yemen held by non-US forces.