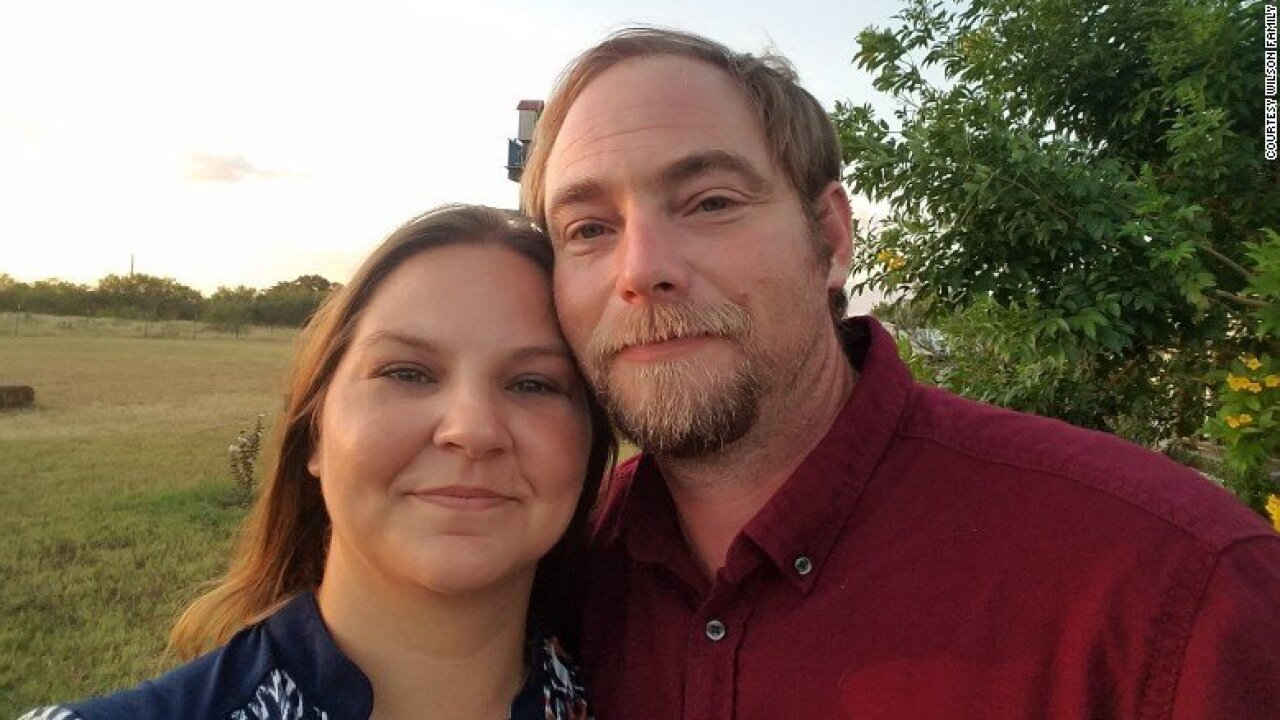 Virginia Gov. Terry McAuliffe last week formally granted full pardons to US Navy veteran Eric Wilson and three other ex-sailors, known as the “Norfolk Four,” who had been wrongly implicated in the rape and murder of 18-year-old Michelle Moore-Bosko in 1997.

US Navy veteran Eric Wilson thought he was finished paying the price for a crime he did not commit when he was finally released in 2005 after spending nearly eight years in prison. But instead of finding freedom on the outside, he has lived the last dozen years in the shadow of his time behind bars, still branded a sex offender.

Now, after being blacklisted from his sons’ Boy Scout meetings and barred from attending school functions without an escort, Wilson’s name has finally been cleared. Virginia Gov. Terry McAuliffe last week formally granted full pardons to Wilson and three other ex-Sailors, known as the “Norfolk Four,” who had been wrongly implicated in the rape and murder of 18-year-old Michelle Moore-Bosko in 1997.

“I’ve been over the moon for a week now, I really have been,” said Wilson, who was just 21 years old when he was imprisoned. “We can finally start to move forward with our lives.”

“These pardons close the final chapter on a grave injustice that has plagued these four men for nearly 20 years,” McAuliffe said in a statement on his decision to exonerate Wilson, Danial Williams, Derek Tice and Joseph Dick after evidence showed investigators had coerced them into falsely confessing to the crimes.

Despite the lack of forensic evidence linking them to the crime, Williams, Tice and Dick were sentenced to life in prison after a jury convicted them of rape and murder in 1999. All three were granted conditional pardons from then-Gov. Tim Kaine in 2009 and released.

Gov. Kaine’s 2009 conditional pardon freed three of the Sailors but did not officially declare their innocence. For Wilson, who was not included because he had already been released at the time, it meant he remained on the sex offenders registry.

Wilson completed his sentence almost 12 years ago but said that the emotional and psychological toll have left lasting scars.

“My first day in receiving, I got my jaw broken,” he told CNN, recalling being welcomed to prison with a punch from another inmate. “So I decided to become mean. … They had to be afraid of me or I wasn’t going to survive.”

“I still fight being that man, all the time,” he added. “If it wasn’t for my wife, I don’t think I ever could have turned around.”

While those wounds may never fully heal, Wilson and his fellow Sailors recognize that last week’s announcement was a major legal victory that resolved a two-decade fight to prove their innocence.

The confession of a fifth man, Omar Ballard, coupled with new evidence uncovered after the initial trial, prompted lawyers for the Norfolk Four to push for full pardons for their clients in 2005.

Ballard confessed to killing and raping Moore-Bosko in a 1999 letter to a friend and maintained that he acted alone. Crime scene and forensic evidence overwhelmingly pointed to Ballard as the killer, but investigators continued to pursue cases against the four Sailors after obtaining their confessions, according to court documents.

In the years after the Sailors’ conviction, information also surfaced revealing that the key investigator in the Moore-Bosko case, Glenn Ford, had been disciplined for obtaining false confessions in multiple previous cases.

The lead homicide detective on the cases, Ford was convicted in 2010 of crimes that involved lying to judges and prosecutors. He is currently serving a 12-year federal prison sentence.

In 2016, a Virginia judge reexamined the evidence and concluded that both Williams and Dick were innocent. The same judge vacated the convictions of both men shortly after, as the Virginia Attorney General’s Office conceded error in the initial case.

The ruling was cited by McAuliffe as a key factor in his decision to ultimately pardon all four of the men.

Wilson had already served his entire sentence, so there was nothing to be vacated.

John and Carol Moore, the victim’s parents, told CNN that they still believe the four men are guilty even though they have been granted pardons.

“Each of these men have confessed by trial or by taking a plea,” they said in a written statement. “How can an innocent person admit to such a heinous crime and accept a jail sentence if they were innocent?”

Wilson said that he didn’t expect Moore-Bosko’s family to ever accept the idea that he was not responsible for the terrible crime that claimed the life of their loved one.

“They were told through this entire process by the people they trusted to avenge their daughter or wife’s death that these men were the ones who did it,” Wilson said, referring to the prosecutors in the case. “They trusted these people and that’s what they were told, so they believed them … I would have, too.”

Wilson, for his part, comes away from his experience with a deep mistrust of the US legal system, a feeling that most Americans no longer believe in the principal of “innocent until proven guilty.”

That experience started one morning while stationed at the US Naval base in Norfolk, Virginia, when he was called to the local police station just after completing an early shift on guard duty.

Initially, Wilson recalled thinking that the visit to the station would be brief. His friend Nicole had told him a few days earlier that her husband Danial Williams had been arrested in connection with a murder but that he was innocent and had been with her at the time of the incident.

But as the questioning wore on, the investigators’ tone became increasingly hostile, Wilson told CNN.

Sitting in the corner of a small interrogation room, Wilson remembered the moment he was confronted by investigators who slammed a photograph of a young woman lying in a pool of blood down on the table in front of him.

Wilson insisted that he had never seen the woman in the photo before.

“I remember Detective Ford pinning me to the chair, poking me in the forehead telling me he didn’t think I killed her but I raped her so I better tell him what he wanted to hear,” Wilson told CNN. “The next thing I knew, I was being carted off to jail.”

The Norfolk Four’s legal team later obtained testimony from a police interrogation expert who concluded that the Sailors’ confessions were forced. Upon announcing the pardons, McAuliffe referred to the investigators having “coerced” false confessions from the four men.

“They break down your will power to start with, and get you to the point where you are willing to say anything to get out of the room,” Wilson told CNN. “Then they tell you what you are going to tell them until they have the final confession they want.”

After evaluating additional evidence that was not available at the time of the trial — particularly information surrounding Ford’s history of questionable interrogation tactics — the jurors wrote a letter in 2006 to then-Gov. Mark Warner urging him to grant the Norfolk Four clemency.

“Had we heard this evidence during the trial, we would not have convicted Eric Wilson of rape,” the letter read. “Instead, we would have been convinced, as we are now, that Wilson and the other three Sailors are innocent.”

The letter called Wilson’s confession “by far the most important evidence to the jury.”

Over the past decade, a bipartisan group of Virginia justice and law enforcement officials has supported clemency for the Norfolk Four, including former attorneys general, former FBI special agents and a past president of the Virginia Bar Association.

During that time, Wilson and his family have had to live with the lasting stigma of being listed as a sexual offender.

“My wife, I made her stop reading comments on the Internet because she was getting death threats for being with a sex offender,” Wilson said.

Calling the sex offenders registry “double jeopardy,” Wilson said he’d like to see reforms made to the way that the list punishes individuals beyond their sentences.

“The registry essentially says that you haven’t paid for this crime, you can never pay for this crime and will for the rest of your life,” Wilson argued.

In the short-term, though, the Navy veteran said he is grateful for the chance at a new start.