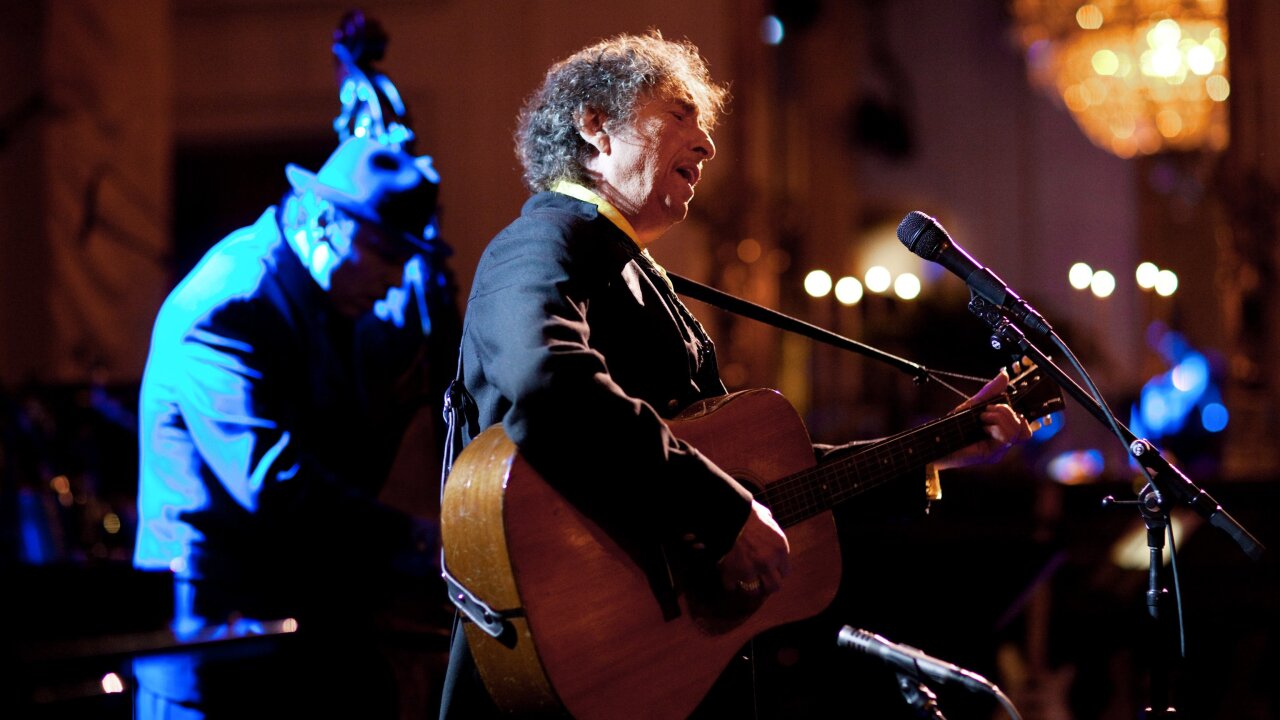 Bob Dylan sings “The Times They Are A-Changin’ ” during the “In Performance At The White House: A Celebration Of Music From The Civil Rights Movement” concert in the East Room of the White House, Feb. 9, 2010. (Official White House Photo by Pete Souza)

Bob Dylan sings “The Times They Are A-Changin’ ” during the “In Performance At The White House: A Celebration Of Music From The Civil Rights Movement” concert in the East Room of the White House, Feb. 9, 2010. (Official White House Photo by Pete Souza)

Singer-songwriter Bob Dylan finally received his Nobel Prize in literature Saturday at a private ceremony in Stockholm, according to a statement posted online by the head of the Swedish Academy.

The presentation came five months after the academy announced Dylan was the winner and more than three months after the formal award ceremony, which Dylan didn’t attend because of “pre-existing commitments.” Singer Patti Smith stood in for him.

But Dylan was in Stockholm this weekend to perform concerts and the private ceremony was arranged.

It’s not known what Dylan had to say about the award. Swedish media reported no cameras were present at the ceremony. There were no comments made to media by Dylan,or any member of the academy, either before or after the event.

Upon the announcement of Dylan’s award in October, the academy’s permanent secretary, Sara Danius, said Dylan “is a great poet in the English-speaking tradition,” drawing parallels between his work and that of ancient Greek poets.

Saturday, she issued the following statement on Dylan’s receipt of the award:

“Earlier today the Swedish Academy met with Bob Dylan for a private ceremony in Stockholm, during which Dylan received his gold medal and diploma. Twelve members of the Academy were present. Spirits were high. Champagne was had.

“Quite a bit of time was spent looking closely at the gold medal, in particular the beautifully crafted back, an image of a young man sitting under a laurel tree who listens to the Muse. Taken from Virgil’s Aeneid, the inscription reads: Inventas vitam iuvat excoluisse per artes, loosely translated as, ‘And they who bettered life on earth by their newly found mastery.’ The day came to an end with Dylan’s extraordinary performance at the Waterfront concert house.”

Dylan — the first songwriter to win a Nobel Prize — was acknowledged by the Swedish Academy “for having created new poetic expressions within the great American song tradition.”