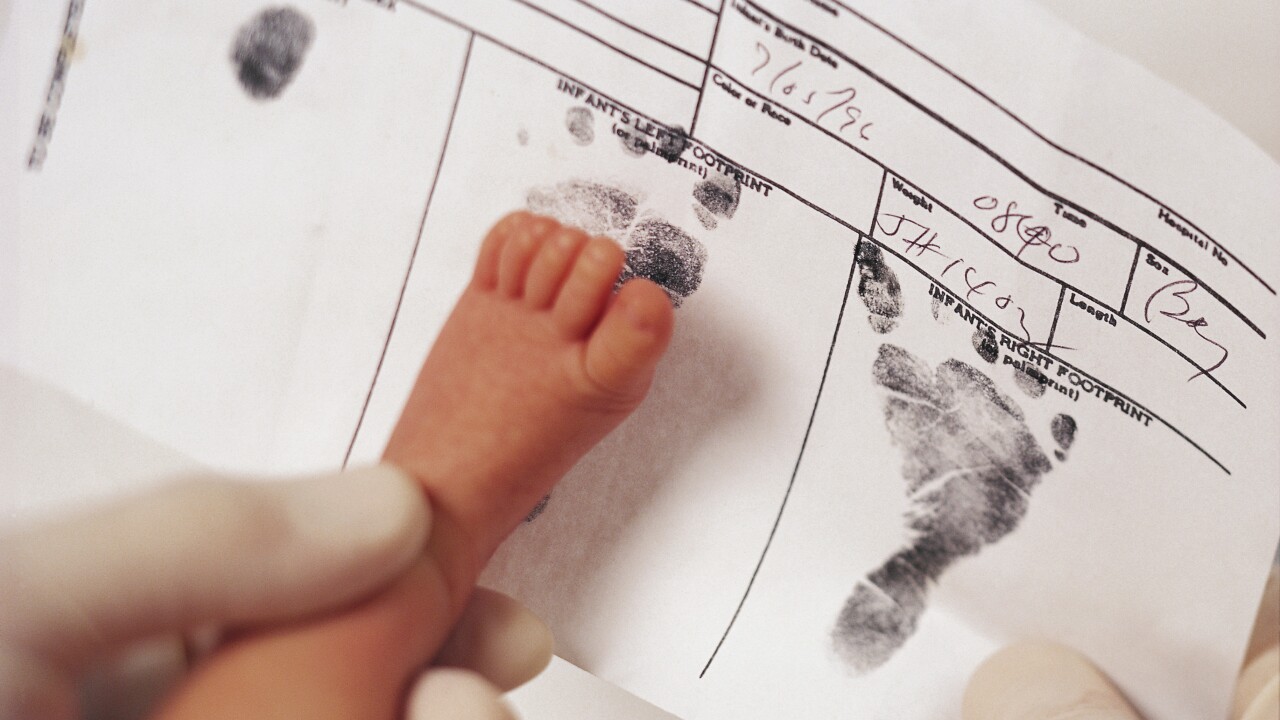 A mom and dad in Georgia are suing the Georgia Department of Health because they refused to let the couple give their daughter the surname “Allah.”

Elizabeth Handy and Bilal Walk’s baby girl is now almost two years old, and she still doesn’t have a last name or a birth certificate. Their chosen name, ZalyKha Graceful Lorraina Allah, was rejected by the health department. It said the law requires parents to choose the mother’s last name, the father’s last name or a combination of both.

Here’s the catch: Handy and Walk’s 3-year-old son was granted the last name with no problem. So was Walk’s 16-year-old son from a previous marriage.

The ACLU of Georgia has filed a lawsuit against the Department, saying the decision is a “government overreach.”

Andrea Young, the executive director of the Georgia ACLU told CNN the situation is a misinterpretation of the law.

“The regulation goes outside the bounds of plain language of statute,” Young said.

It is the parents’ right, Young says, to give their child whatever name they want. The law provides for last names related to a “bona fide cultural tradition,” but even that can be difficult to parse out.

“This regulation initially did not have exception for bona fide cultural traditions… but who has authority to judge that? A clerk, a judge, given whole variety of cultures?” she says.

Handy and Walk chose the name “Allah” because it represents their spirituality and is a name their children can aspire to. But as of now, their daughter has no last name, which means no birth certificate, which means no social security number. Her parents are bracing for the challenges that will come with getting her insured and into school.

Can you really name your child anything?

The reality is, states and institutions do often have a say in what names are appropriate, though the reach is usually limited.

In 2009, a couple got nationwide attention when a bakery refused to decorate a cake with the name of their son — Adolf Hitler Campbell. The boy was born in New Jersey, which Young says has some of the most relaxed naming rights. You can name your child anything, apparently, as long as it doesn’t contain a number, symbol or obscenity. (Little Adolf had two sisters: JoyceLynn Aryan Nation and Honszlynn Hinler Jeanne.) The Campells’ four children were eventually taken away from them for unrelated reasons.

In 2013, a Tennessee judge ordered a couple to change the name of their son, Messiah, because she stated the title had only been earned by Jesus Christ. The decision was overturned a month later and the judge was eventually fired after complaints her initial ruling was a judicial overreach.

Depending on where you live, your naming rights may be limited, but it is usually more about style and clarity than content, regulating things like numbers, pictograms, obscenities and diacriticial marks. In California, for instance, names cannot contain numbers or umlauts.

In other countries, however, naming laws can be a bit stricter. In Sweden, names cannot cause discomfort or be “unsuitable” like, say, Metallica or Superman. In Germany, names have to clearly indicate gender, and cannot represent an object or brand.

But in a country that values individual freedom as much as the US does, Young says naming laws should always lean towards parental agency.

“This is always the thing with individual liberties,” Young says. “It may not be obvious to other people but in a country that’s based on liberty and freedom of expression these are very personal areas that government shouldn’t have the right to dictate.”