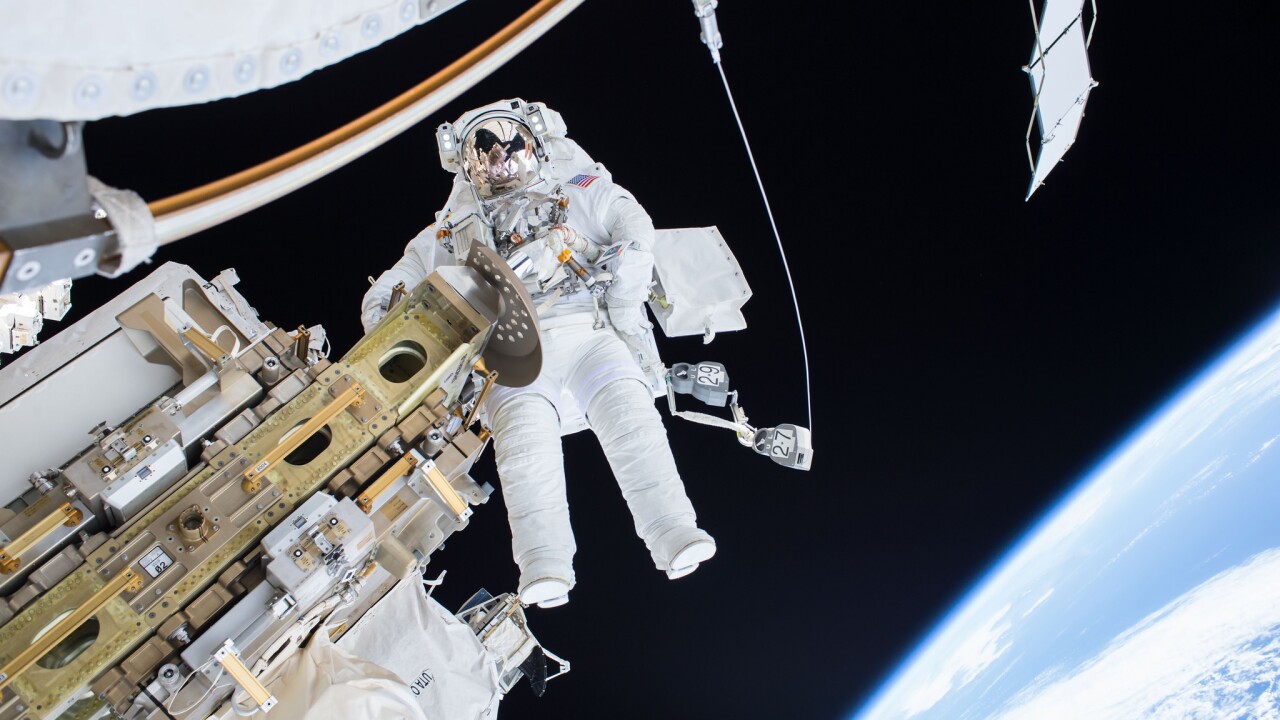 Kimbrough and Whitson spent time reconnecting cables and electrical connections on Pressurized Mating Adapter-3 (PMA-3) at its new home on top of the Harmony module. They also installed the second of the two upgraded computer relay boxes on the station’s truss and install shields and covers on PMA-3 and the now-vacant common berthing mechanism port on the Tranquility module.

The spacewalk is the second of three that is preparing the ISS for a second International Docking Adapter, which will allow more commercial spacecraft to dock with the station in the future. Right now, only Russia’s Soyuz spacecraft can dock to bring people onto the ISS. Commercial spacecraft, like SpaceX’s Dragon and Orbital ATK’s Cygnus must be grabbed by the robotic arm and berthed so cargo can be offloaded.

The third spacewalk is scheduled for April 6, with Whitson and Pesquet and robotic help from Kimbrough. It will be the International Space Station’s 200th spacewalk.