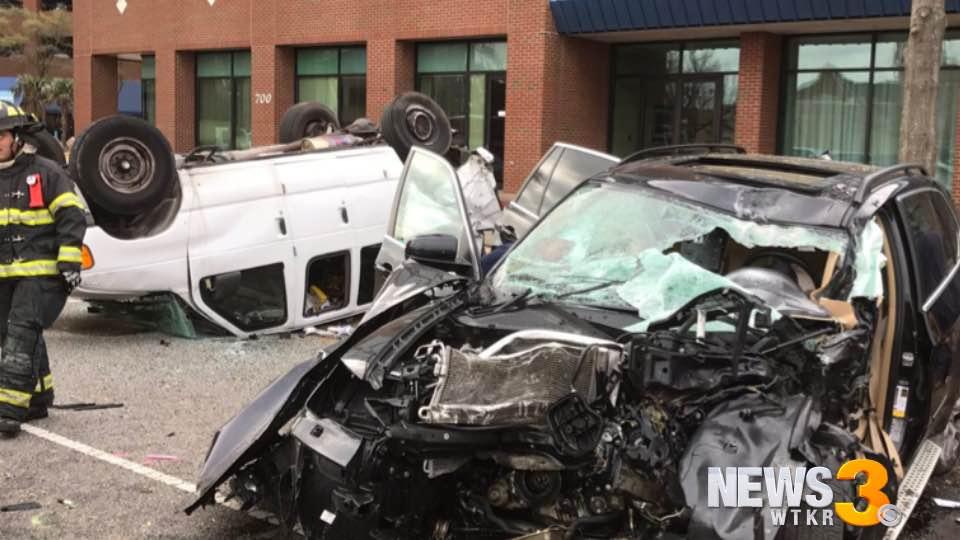 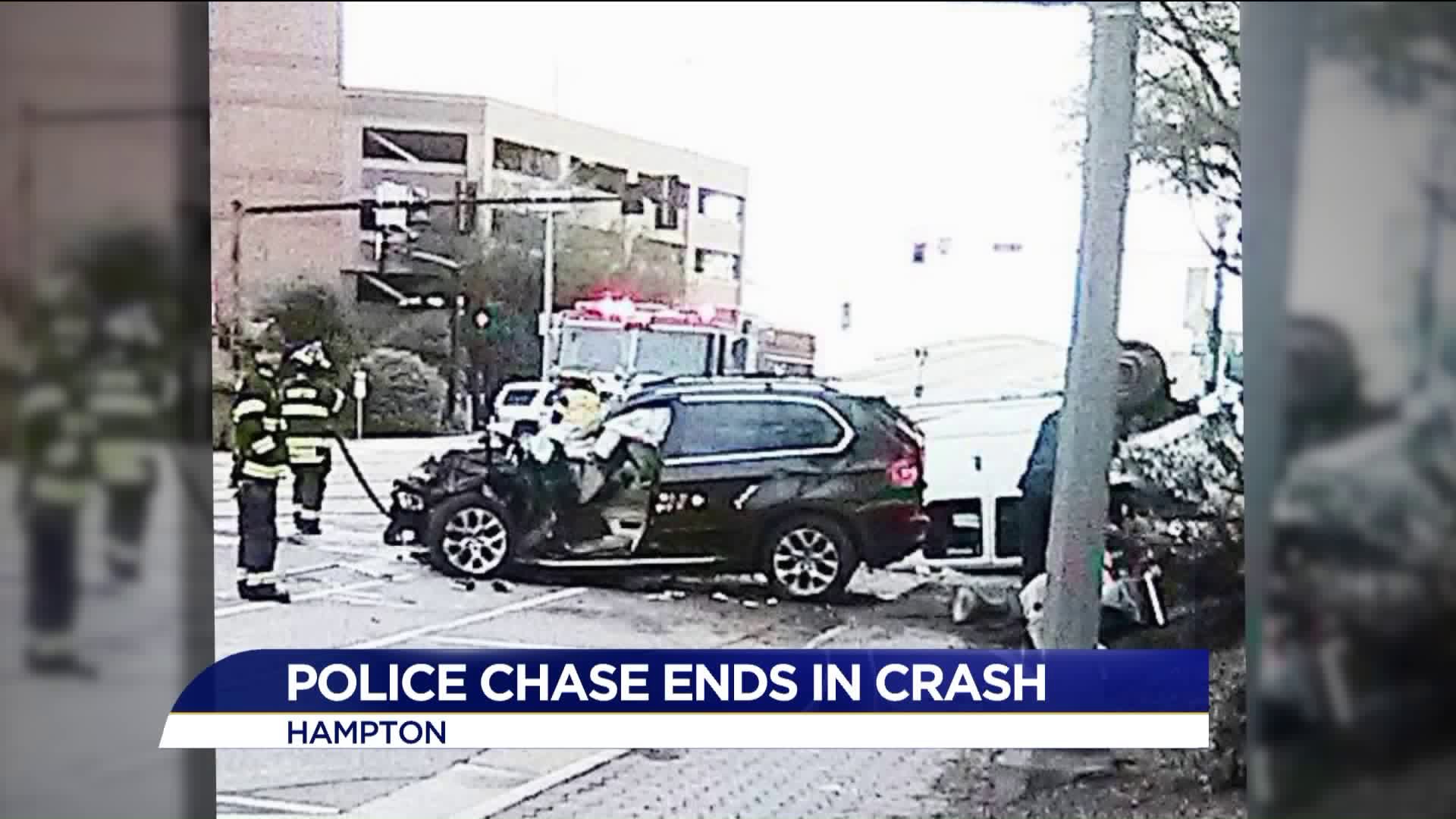 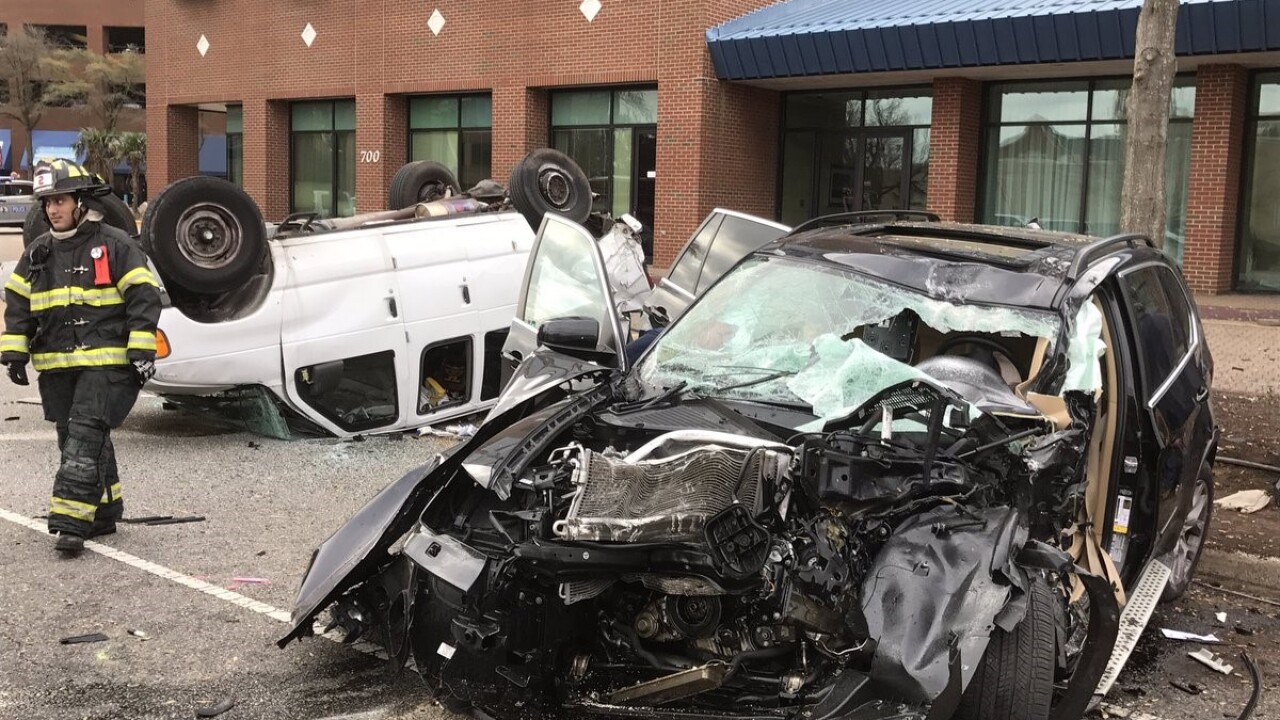 HAMPTON, Va. - An 18-year-old man was seriously injured early Sunday after leading police on a high speed chase that ended in a crash in front of a Hampton hotel.

It happened Sunday morning around 7:30 a.m., according to Virginia State Police.

A trooper attempted to make a traffic stop on a 2013 BMW that was speeding 92mph on I-64 eastbound at J. Clyde Morris Boulevard in Newport News.

The driver refused to stop and continued eastbound, reaching speeds over 115 mph.

The trooper ran the vehicle information to find that it had been stolen out of Richmond.

The driver eventually exited the interstate into Hampton where he crashed into a parked van outside the Crowne Plaza Hotel in the 700 block of Settlers Landing Road.

The driver, identified as 18-year-old Diondre Rayquan Fears of Virginia Beach, became entrapped in the vehicle and suffered major injuries. He was taken to Riverside Hospital where he remains at this time.

Several warrants have been obtained and charges are pending upon his release. 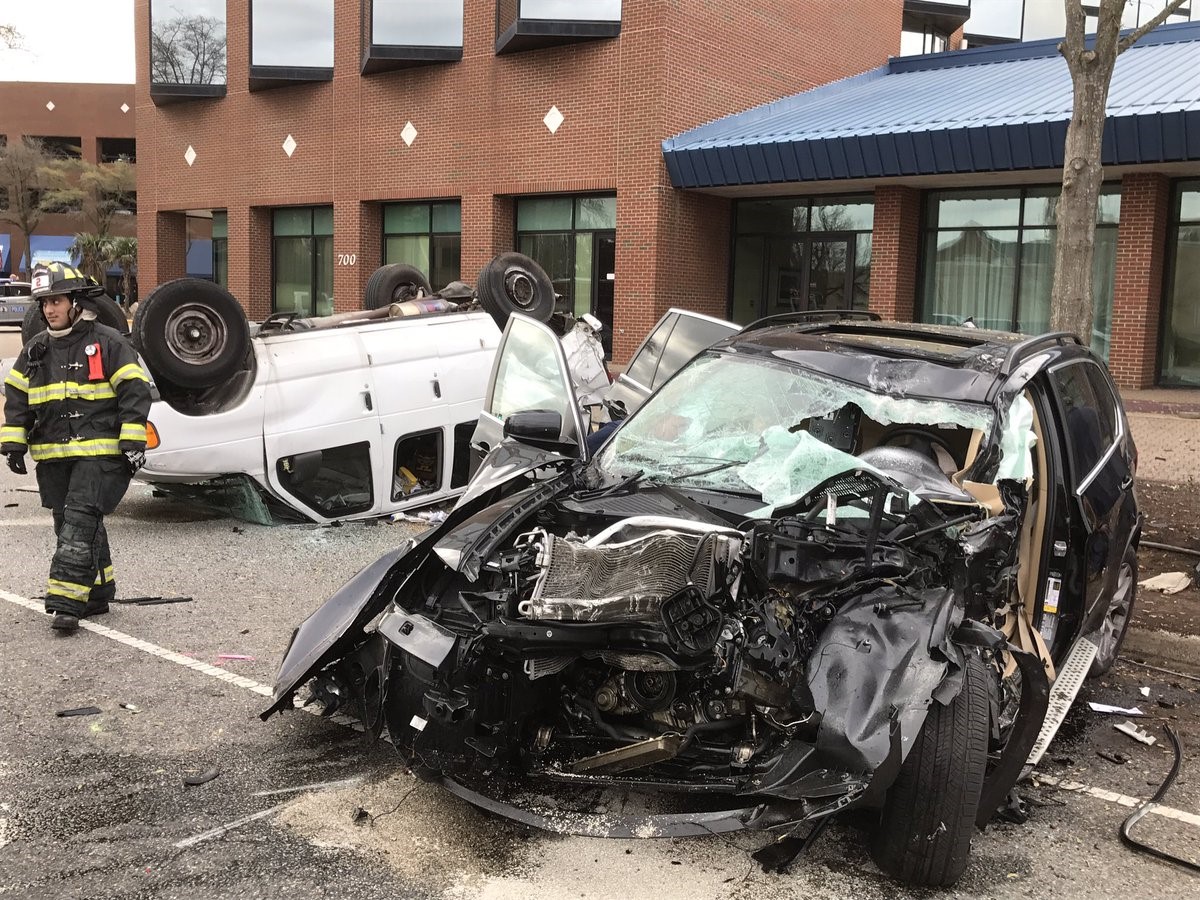