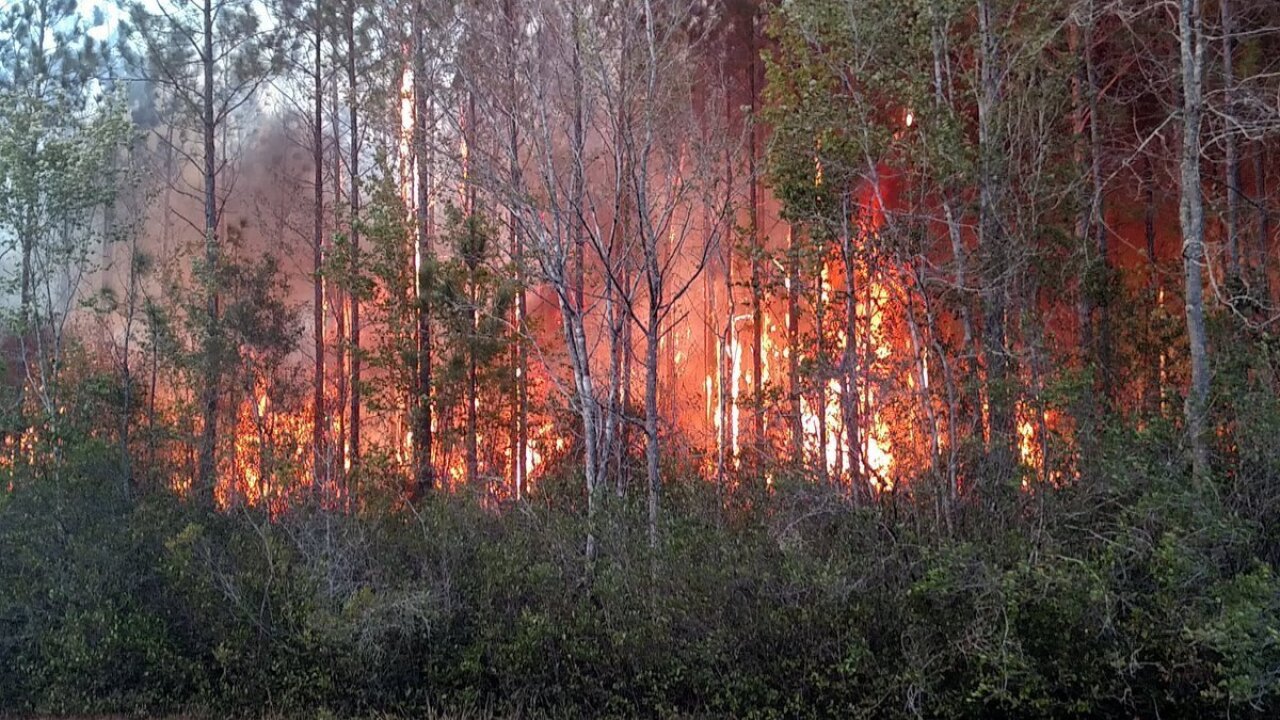 Officials in Florida say a fire that burned several homes was caused by a man burning paperback books on Wednesday, March 22, 2017.

At least 10 homes in Nassau County, Florida, were destroyed in a wildfire caused by a man who was burning books Wednesday.

Only a few minor injuries to emergency personnel have been reported in what’s being called the Garfield Road Fire, according to the Florida Forest Service. But it has burned an estimated 350 to 400 acres near Bryceville, about 20 miles west of Jacksonville.

Officials said in a news conference Thursday morning the wildfire was 65% contained and no longer spreading.

Firefighters will continue to work in the area but a full containment of the fire is not expected on Thursday.

Authorities will be watching strong winds predicted for the afternoon to see how they may affect the fire, Billy Estep, director of Emergency Management in Nassau County, told reporters at the news conference.

The fire started Wednesday afternoon when a man was burning paperback books, said Annaleasa Winter of the Florida Forest Service, in a briefing Wednesday night.

“It was an illegal burn,” she said, adding that it’s against the law to burn household garbage in Florida.

“It was paper. It got away from him.”

It’s not clear why the man was burning the books.

The fire spiraled to about five acres and began spreading out of control, fueled by windy conditions, Winter said.

The man has been issued a notice of violation and will be sent a forestry bill for all the equipment and personnel used into fighting the fire, which could be several thousands of dollars, Winter said. He could also be held civilly liable for any damage caused by the fire.

The fire wreaked havoc in the neighborhood, forcing residents to flee their homes as flames closed in.

One man told CNN affiliate WFOX that he had just arrived home when his family was told to evacuate.

“By the time we were pulling stuff out of the house into the trucks, the fire was already taking out (the) gazebo, taking out the pool deck. It was already in the backyard,” Randy Hoke told the station.