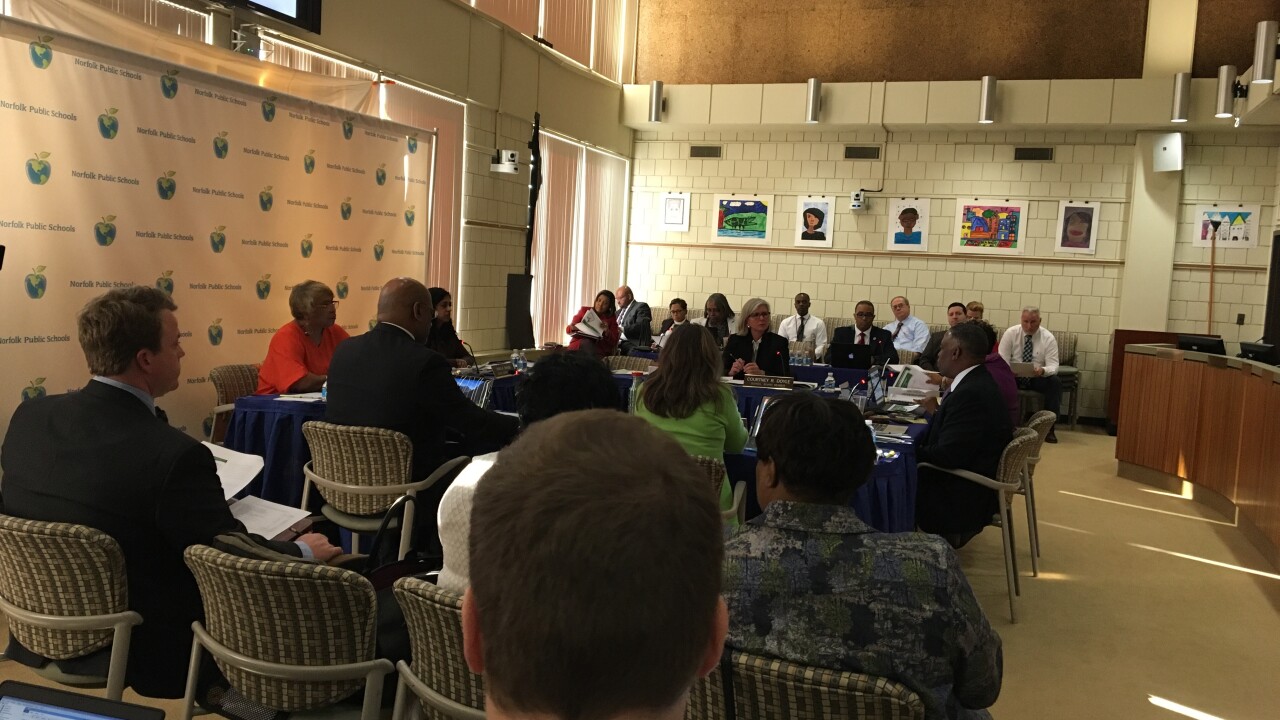 NORFOLK, Va. – The Norfolk School Board voted 5-1 Wednesday to approve a $328 million operating budget for the 2017-18 fiscal year.

The approved budget restores nine Gifted Resource positions at a cost of $630,000.

The positions were initially part of nearly three dozen positions up for elimination due to declining enrollment.

District Communications Director Khalilah LeGrand says the elimination of the remaining 20+ teaching positions will be obtained mostly through attrition.

The Norfolk City Council must now consider the approved budget, which includes a near $10 million gap the city would be asked to fill.

City council is expected to vote in May.