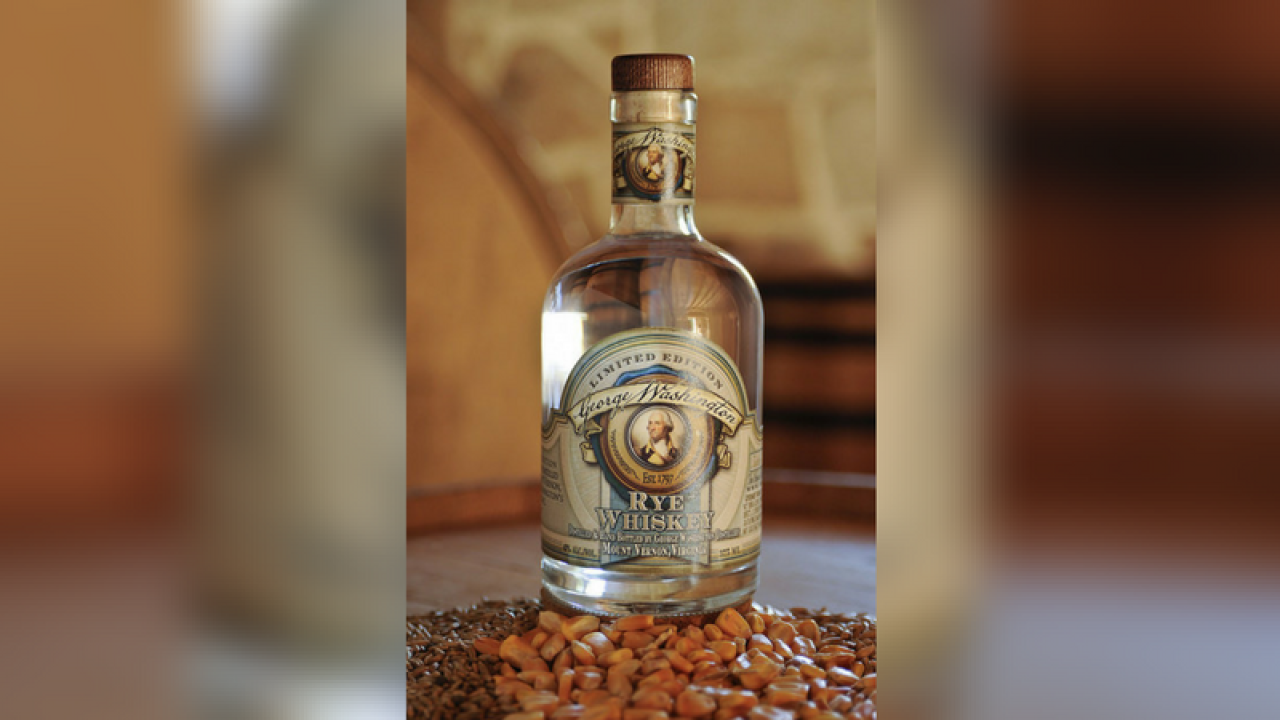 RICHMOND – George Washington is recognized as the father of our country, but with a bill signed into law by Gov. Terry McAuliffe,

Washington also will be recognized under another title – distiller of Virginia’s official liquor.

SB 1261, sponsored by Sen. Adam Ebbin of Alexandria, adds a “state spirit” to the list of the commonwealth’s official emblems and designations and crowns George Washington’s rye whiskey with the title.

The bill, which McAuliffe signed last week, highlights George Washington’s contributions to the culture of Virginia as “a native son of Virginia born on February 22, 1732, in Pope’s Creek”; “the first American president, commander of the Continental Army, and president of the Constitutional Convention”; and “a model statesman … universally acknowledged as the father of our nation.”

According to the bill, Washington was also a “gentleman planter” who began distilling rye whiskey on his property at Mount Vernon in early 1797 at the suggestion of James Anderson, his farm manager.

Today, the staff at Mount Vernon continues to distill the whiskey for sale at the property’s gift shop.

In a speech on the floor of the Virginia Senate on Feb. 22, Washington’s 285th birthday, Ebbin explained the historical pairing of Washington’s political career and booze.

According to Ebbin’s speech, when Washington first ran for the House of Burgesses in Frederick County in 1755, he lost by a landslide, receiving only 40 of the 581 votes. Ebbin attributed this loss to his failure to provide “bumbo” – a common practice at the time to provide alcohol to voters.

Three years later, Washington tried once more to win over voters and won, but switched his campaigning technique.

“During that election, he supplied 28 gallons of rum, 50 gallons of rum punch, 34 gallons of wine, 46 gallons of beer and 2 gallons of cider (an impressive 160 gallons of liquor) to 391 voters,” Ebbin said during his commemoration speech. “That’s more than a quart and a half per voter. Washington had clearly learned his lesson, because a key to victory was ‘swilling the planters with bumbo.’”

After retiring from politics, Washington began distilling whiskey at his Mount Vernon property. In the year of Washington’s death – 1799 – the distillery produced nearly 11,000 gallons of whiskey.

The Mount Vernon distillery was reconstructed at the original location that Washington used and produces small batches of distilled spirit for sale on site, including the rye whiskey that now holds the state title. The distillery attempts to produce the whiskey through the same techniques that Washington would have used at the time.

SB 1332, sponsored by Sen. Charles Carrico of Galax, noted that “Song of the Mountains” is the first nationwide television program featuring the bluegrass music of Appalachia.

The show was founded in 2003 as a monthly stage concert series hosted by the Lincoln Theatre in Marion, Virginia. “Song of the Mountains” is broadcast on more than 150 PBS stations in about 30 states.

The program “continues to consistently present to the nation the unique musical and cultural heritage of not only the Southwest region of the state but the entire Commonwealth,” the bill stated.