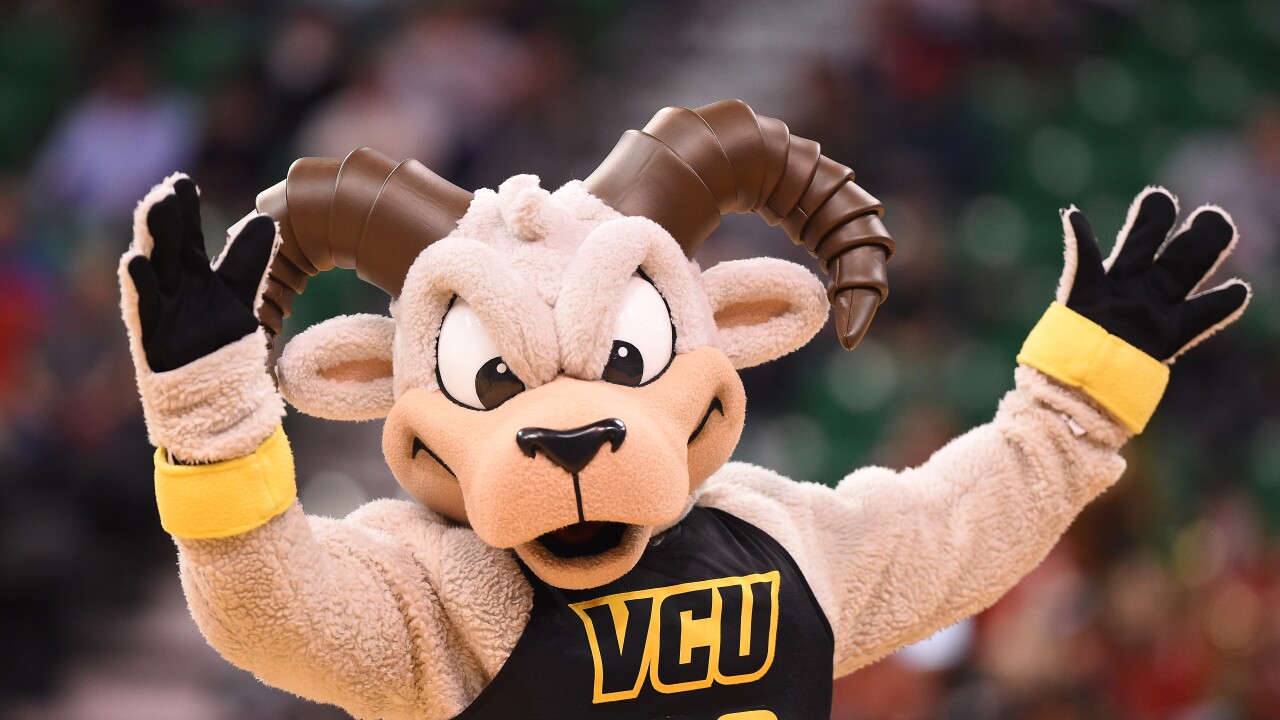 The Virginia Commonwealth Rams mascot performs during the first round of the 2017 NCAA Men’s Basketball Tournament against the St. Mary’s Gaels at Vivint Smart Home Arena on March 16, 2017 in Salt Lake City, Utah. (Photo by Gene Sweeney Jr./Getty Images)

Jonathan Williams in action against the Richmond Spiders. (Photo by Joe Sargent/Getty Images)

Rhoades, who served as an assistant coach and associate head coach at VCU from 2009-14, will become the 12th head coach in program history. He returns to VCU following a successful three-year stint at Rice, where he led a dramatic turnaround.

Rhoades replaces Will Wade, who resigned Monday to accept the same position at LSU.

This season, the 44-year-old Rhoades led the Owls to their first 20-win campaign since 2003-04 and the program’s first postseason appearance since 2011-12. Rice’s 23-12 mark this year was an 11-win improvement over the 2015-16 season and the 23 wins were the second-most in Owls history. Rice advanced to the second round of the College Basketball Invitational.

Head coach Shaka Smart and former assistant coaches Will Wade and Mike Rhoades during the third round of the 2012 NCAA Men’s Basketball Tournament at the Rose Garden Arena on March 17, 2012 in Portland, Oregon. (Photo by Jed Jacobsohn/Getty Images)

Rhoades assumed the reigns at Rice in 2014-15 and led the school to an immediate five-win improvement. The Owls were a combined 12-49 in the two seasons prior to his arrival.

Rhoades’ ties to Central Virginia date back 20 years, including his five seasons at VCU, first as an assistant coach, then as associate head coach under Shaka Smart from 2009-13. Rhoades was integral in recruiting and developing the players that would lead the Rams to a historic Final Four appearance in 2011. During his tenure, VCU reached the NCAA Tournament four times and appeared in the postseason all five years. The Rams were 137-46 during that period and won the 2012 CAA Championship.

Prior to his VCU tenure, Rhoades enjoyed a wildly successful run at Division III Randolph-Macon in Ashland, Va. In 10 seasons as head coach of the Yellow Jackets, Rhoades compiled a 197-76 record (.722 win percentage) and led RMC to four NCAA Tournament appearances, including trips to the Sweet 16 in 2002 and 2003.

He inherits a VCU program that has recorded 11 straight seasons of at least 24 wins and seven straight NCAA Tournament appearances. The Rams finished 26-9 in 2016-17 and reached the Atlantic 10 Championship Game before falling to Rhode Island. VCU received an at-large bid to the NCAA Tournament.