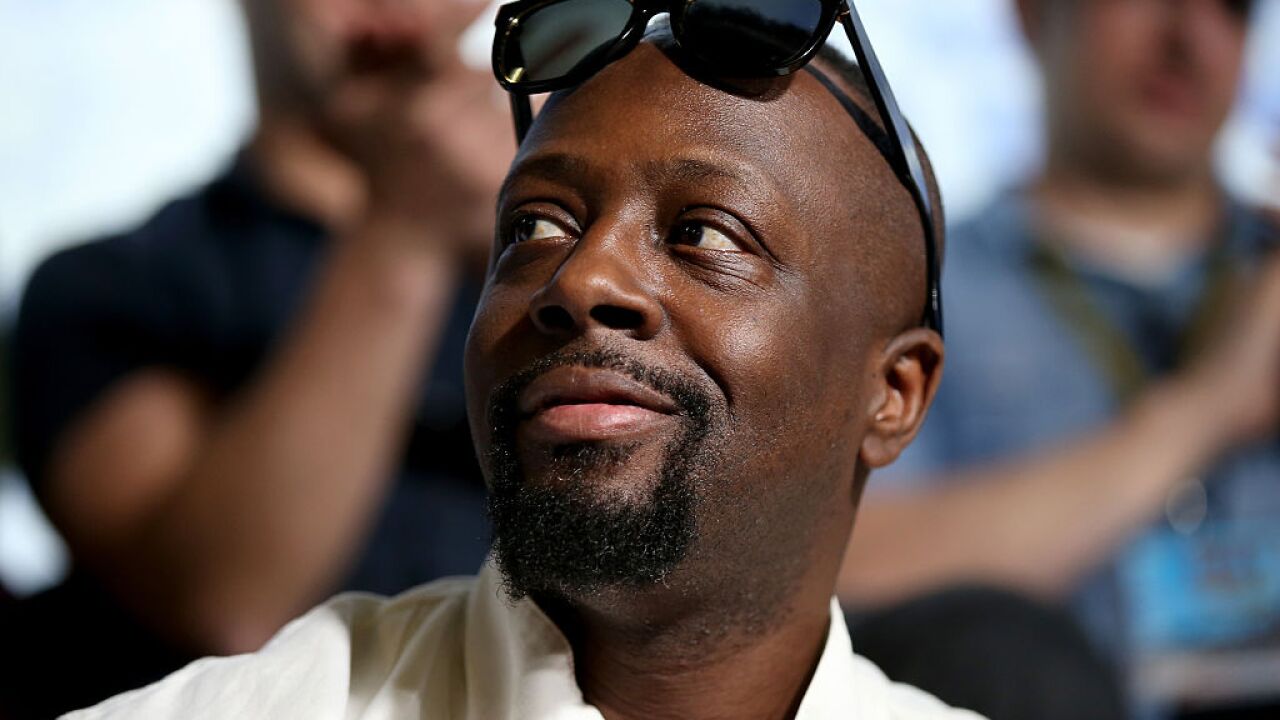 Sheriff’s deputies in Los Angeles handcuffed rapper Wyclef Jean after mistaking him for a robbery suspect.

Wyclef said he was returning from a recording studio when he was pulled over early Tuesday morning.

He said he was never told why he was being cuffed and that he told police they had the wrong person.

“They proceeded to ignore me and I was treated like a criminal until other police showed up and pointed out they had wrong person,” Wyclef tweeted.

Wyclef Jean is seen at the driver’s meeting prior to the NASCAR Sprint Cup Series DAYTONA 500 at Daytona International Speedway on February 21, 2016 in Daytona Beach, Florida. (Photo by Sean Gardner/Getty Images)

Sheriff’s Sgt. Charles Duncan said patrol units pulled over a vehicle matching the description of a suspect vehicle. They said they were looking for an assailant who robbed and pistol whipped two people in West Hollywood.

“LAPD another case of mistaken identity. Black man with red bandana robbed a gas station as I was in the studio working but im in handcuffs?,” Wyclef tweeted. It was one of several he posted after the incident.

(In them, he mistakenly refers to the deputies as Los Angeles police department officers, prompting the LAPD to issue its own tweet correcting the narrative.)

In his tweets, Wyclef said he was “asked by the police to Put my hands up. Then I was told do not move. I was instantly hand cuffed before being asked to identify myself.”

Duncan said once the deputies received more information, they realized they had the wrong person and Wyclef was released.

The singer was detained for about six minutes, according to the sheriff’s office.

Wyclef went on to tweet twice more about the incident, saying, “I am sure no father wants his sons or daughters to see him in Handcuffs especially if he is innocent.”

The sheriff’s office has since arrested a suspect in the robbery. The name of the suspect has not been released.