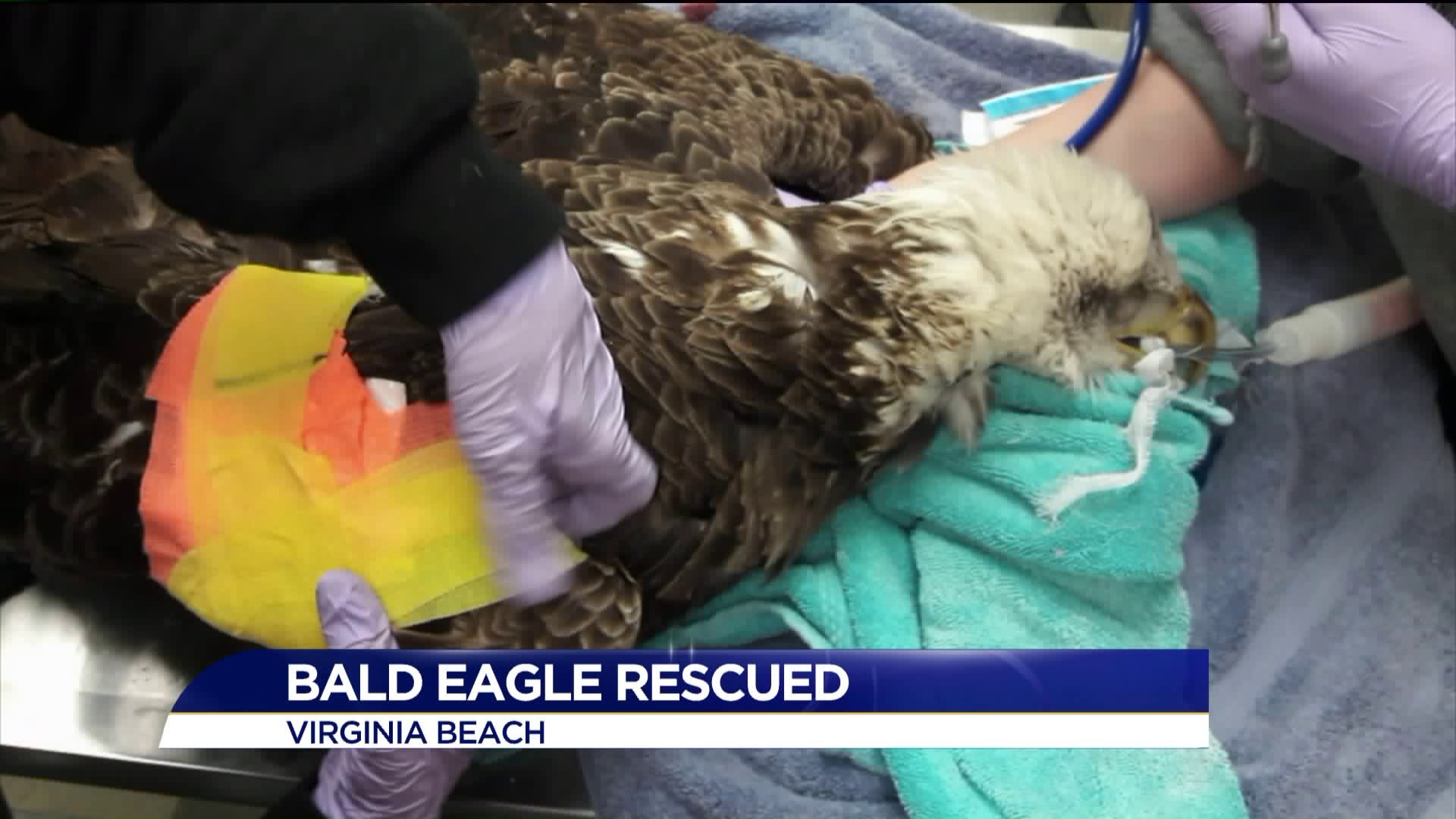 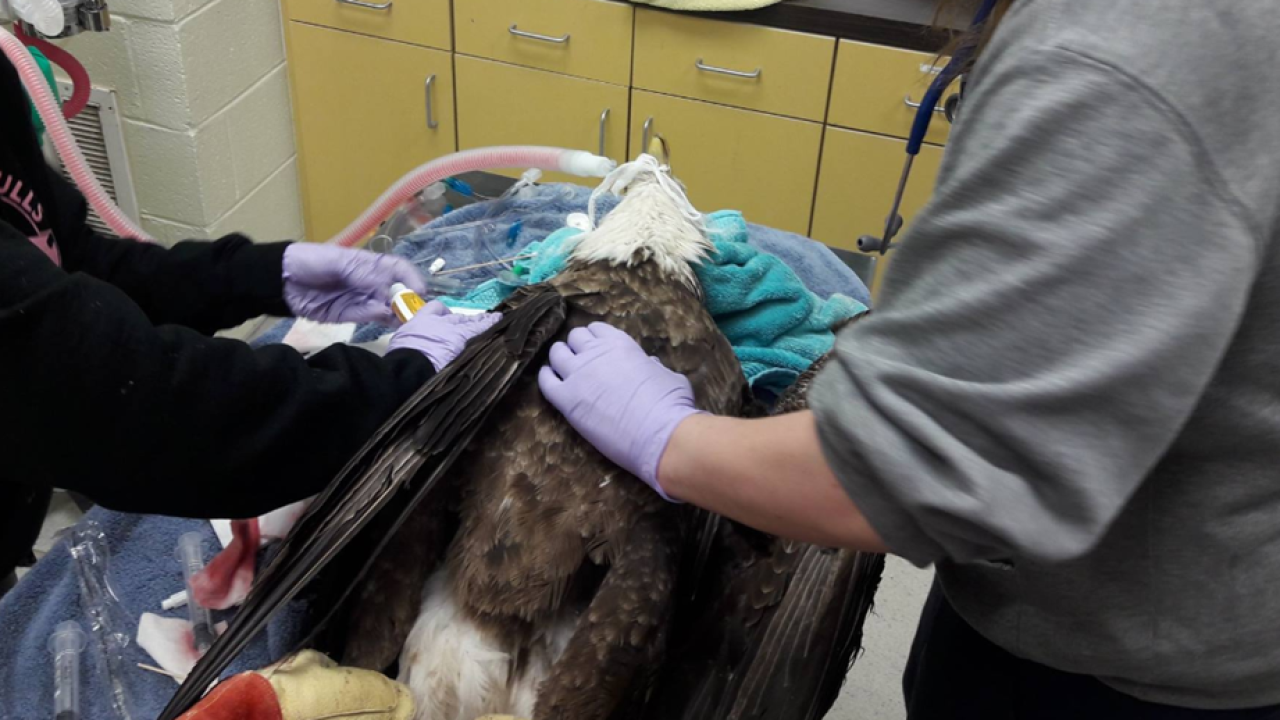 Courtesy of the VBSPCA

The bird was in the Lake Shores neighborhood and Virginia Beach Animal Control responded, along with members of the SPCA. They took the eagle to the SPCA, where a vet began treating it.

On Thursday officials said the eagle had to be put down after rescue efforts were complete.

"Your adrenaline starts pumping a little bit faster," Barbara Gipson said of the efforts to help the eagle. Gipson is the wildlife director for the Virginia Beach SPCA. "You get a little bit excited."

A vet was able to determine it had suffered two fractures to his wing. Right now, it's not clear exactly how the the eagle got the injuries, but it's possible humans contributed. "More and more every day, humans are encroaching into [wildlife's] territory," said Dr. Diana Sandstrom, the vet who helped treat the eagle. She says this was the second injured eagle she's dealt with recently.

This latest eagle was taken to the Wildlife Center of Virginia for further treatment.

The SPCA Wildlife Program said they believe the eagle has a chance of recovery and release with a bone pinning procedure. They say people should call them if they spot an animal in need of medical attention. The organization is hoping to expand its abilities to help wild animals. "A little bit of our hope is that with the interest in the eagle, which is quite unusual, people will think about wildlife and maybe what they can do to help," said Gipson.