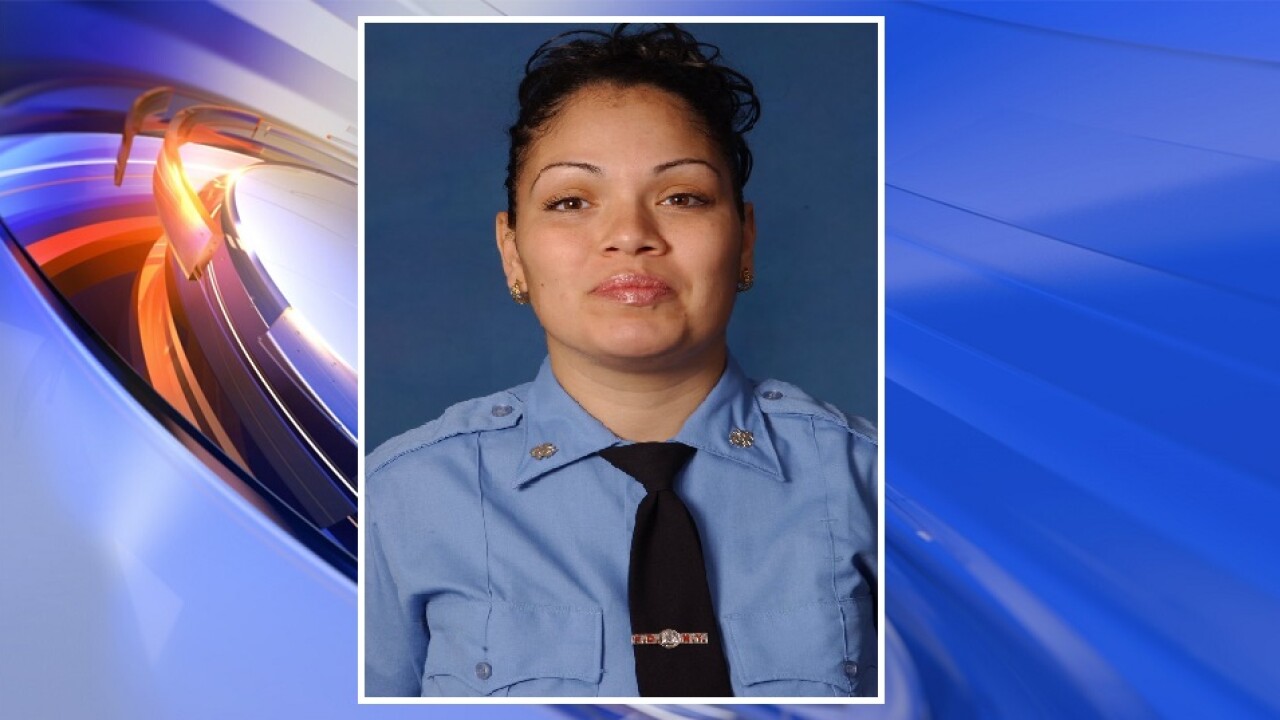 The bystander’s video starts with a chaotic scene: An ambulance runs through an intersection in New York, one of its doors open, lights flashing. It drags what appears to be a person trapped under the vehicle.

The EMT who was killed in the Bronx Thursday night when a man took control of her ambulance and ran her over has been identified as Yadira Arroyo.

Authorities say the person stuck under it was Yadira Arroyo, 44, an emergency medical technician and mother of five who died in the incident in the Bronx on Thursday night.

Her partner was injured.

A 25-year-old Bronx man has been arrested in connection with her death, according to the New York Police Department.

The DA’s office said Gonzalez has a long history of misdemeanors in the Bronx, including two pending cases.

While Gonzalez was being taken out of a police station to a car Friday, he said: “I’m innocent. I didn’t do nothing.”

The incident Thursday night started when a man jumped on the ambulance’s bumper as the vehicle was on its way to respond to a call, New York City Fire Department Commissioner Daniel Nigro said.

A passing motorist alerted the EMTs to the man riding on the back of the ambulance, he said.

When Arroyo and her partner exited the vehicle to investigate, the man jumped inside, according to authorities.

He put the vehicle in reverse and ran over Arroyo, authorities said.

“They got out to see what has happening,” Nigro said. “This person in turn went around the other side of the ambulance and got into the driver’s side … they tried to get him out of the ambulance, he put it in reverse he struck the one EMT who was injured, and he ran over our other EMT and she was subsequently killed.”

The ambulance then stopped after it crashed into parked cars and a pile of snow, video posted on social media shows.

“It’s a sad night for everybody in the department,” Nigro said. “This person has no business being in this ambulance.”

On Friday, EMTs gathered at Station 26 where she worked, to pay homage.

Arroyo was the matriarch of her station, Lt. George Lampon said, according to CNN affiliate WCBS.

“She was not only a mother of five, but she was a mother to 100-plus people who work here,” he said.

At the courthouse where Gonzalez was arraigned, Vincent A. Variale, the president of the EMTs’ union, said she was more than just an emergency responder.

“We lost more than a patient advocate. We lost a family member who really really did this job selflessly,” Variale said.

He said the perpetrator needs to spend the rest of his life in prison.

“I’m sick and tired of people like this running around. They don’t need to be there,” he said.

‘We lost a good woman’

An off-duty Metropolitan Transportation Authority officer and several good Samaritans apprehended the suspect when he tried to flee, authorities said.

“A lot of heroism was on display today amidst a real tragedy,” Mayor Bill de Blasio said.

“Saving lives and caring for New Yorkers was her calling,” the NYPD said in a tweet.

The second EMT, a 30-year-old woman, suffered minor injuries, and is listed in stable condition.

Arroyo is the eighth member of New York’s emergency medical services ever to die in the line of duty, Nigro said.

Of the eight fatalities, three have been women.