US Attorney Preet Bharara fired after refusing to resign 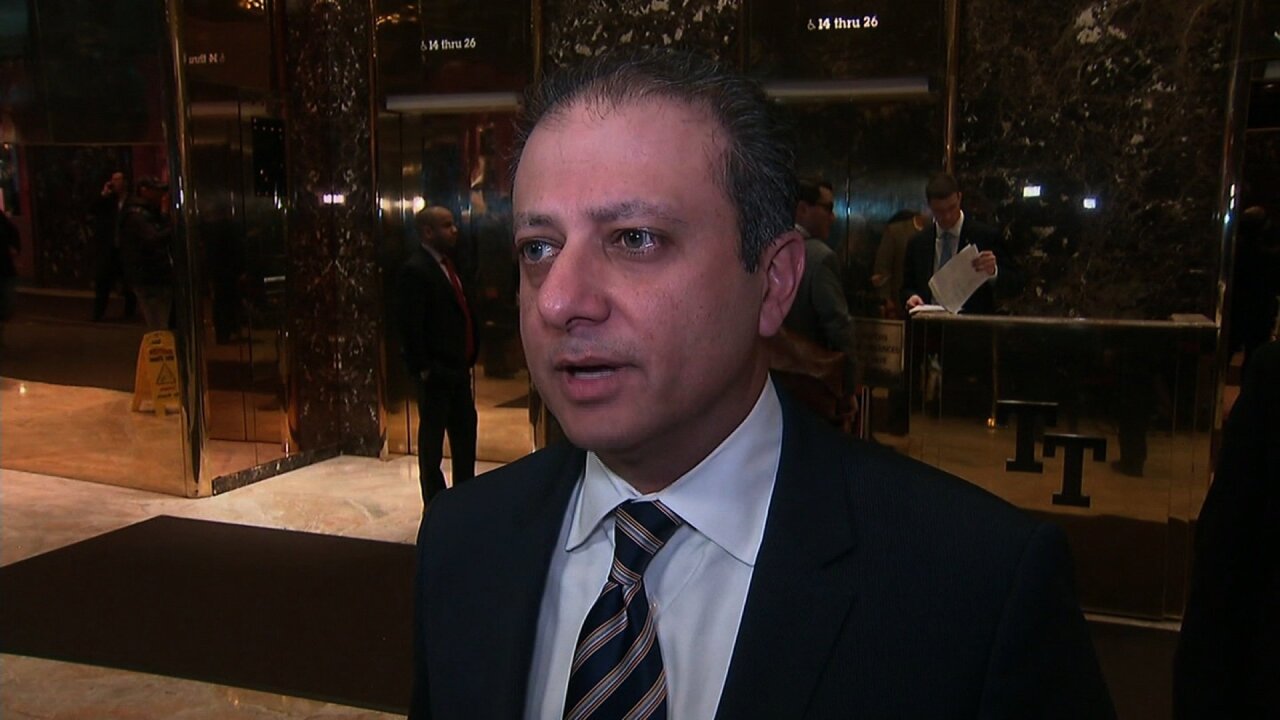 Sources say US Attorney Preet Bharara won’t submit a letter of resignation as requested by the Trump administration. Bharara met with Trump in November, where Trump directed Bharara to go out to the cameras and tell them, “I asked you to stay.”

Preet Bharara, the US attorney for the Southern District of New York, tweeted that he has been fired. He wrote on his verified Twitter account, “I did not resign. Moments ago I was fired. Being the US Attorney in SDNY will forever be the greatest honor of my professional life.”

Bharara indicated he would not submit a letter of resignation as requested by the Trump administration Friday — placing the President in the position of having to fire him in a public standoff, sources tell CNN.

Bharara, who had been told after a meeting with the President-elect in November that he would stay on, felt blindsided by the move, the sources said.

In a statement Saturday, Sen. Chuck Schumer said he was “troubled” to learn of the Trump administration’s request for Bharara’s and other US attorneys’ resignations, adding that the President initiated a call to him in November “and assured me he wanted Mr. Bharara to continue to serve as U.S. Attorney for the Southern District.

“While it’s true that presidents from both parties made their own choices for U.S. attorney positions across the country, they have always done so in an orderly fashion that doesn’t put ongoing investigations at risk,” the New York Democrat said. “They ask for letters of resignation, but the attorneys are allowed to stay on the job until their successor is confirmed.”

By asking for the immediate resignations of the remaining US attorneys before their replacements have been confirmed, “the President is interrupting ongoing cases and investigations and hindering the administration of justice,” Schumer said.