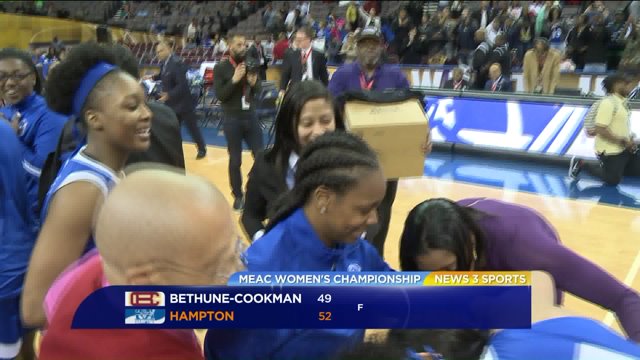 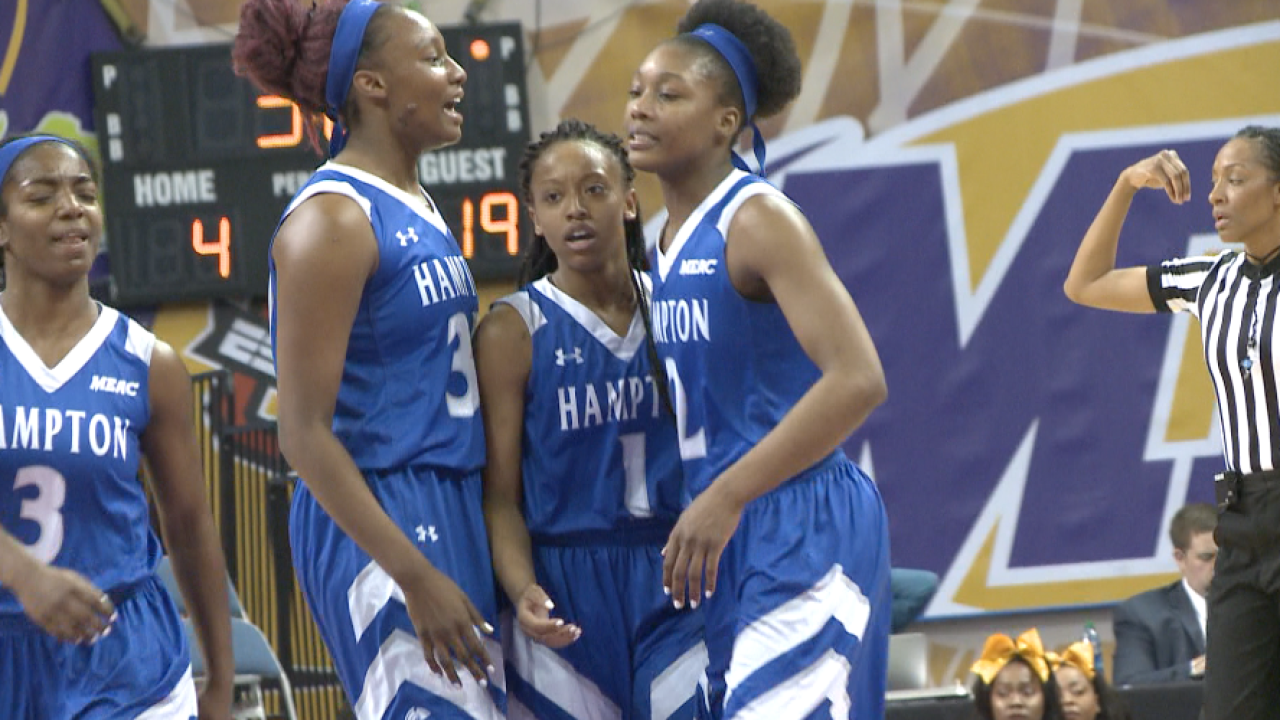 The Lady Pirates have won 9 conference titles since joining the MEAC in 1995.

NORFOLK, Va. - The Hampton Lady Pirates are going dancing after winning the 2017 MEAC Championship 52 to 49 over the regular-season champion Bethune-Cookman Wildcats.

It's the seventh time in nine years the Lady Pirates have been in the conference championship, winning from 2010-2014, and today. Overall, Hampton has won eight conference titles since joining the MEAC in 1995.

This is the sixth conference championship for Hampton head coach David Six in eight seasons at the helm.

The women's NCAA Tournament selection show will be Monday at 7 p.m.