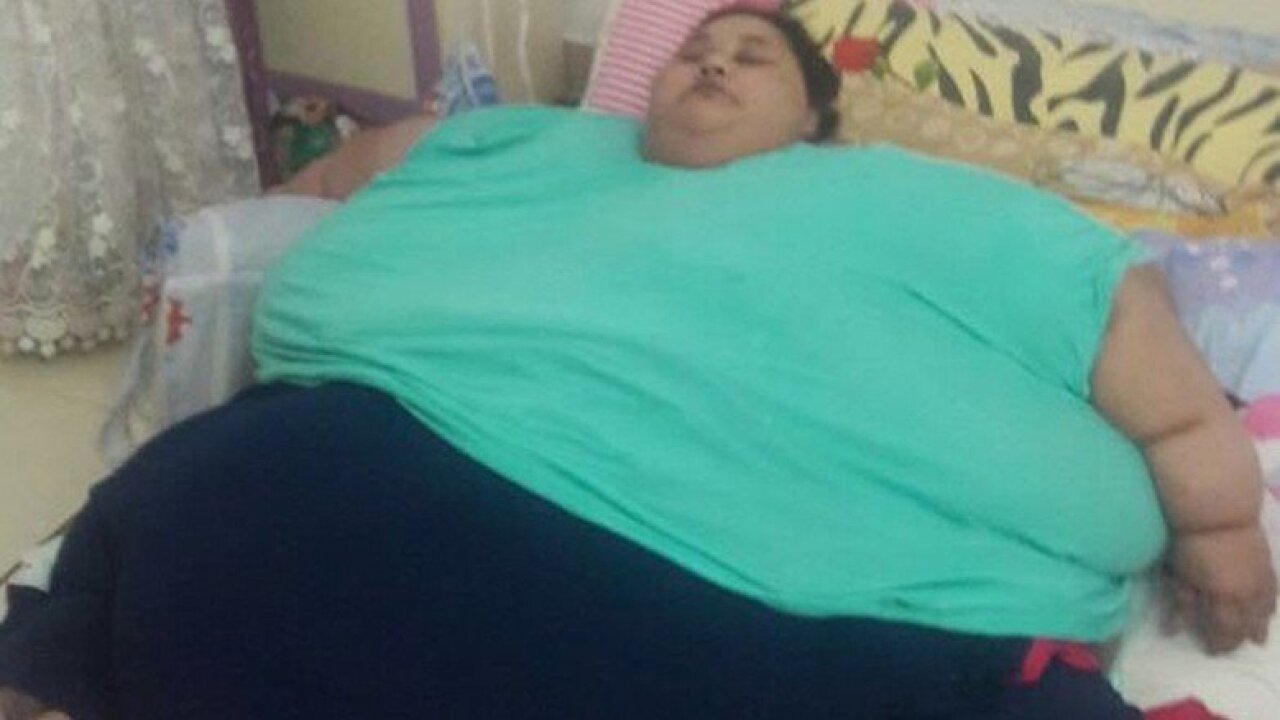 Eman Ahmed’s first round of surgery was a success, doctors say.

“She is very happy, she started dancing in her bed,” Dr. Muffazal Lakdawala told CNN. “Her smile has come back.”

Before she traveled to India for her operation, Eman weighed 1,102 pounds (500 kg) and she’d barely left her bedroom in more than two decades, her family said.

Over the last couple of years she’d been confined to her bed after a stroke severely impaired her speech and mobility.

Eman Ahmed’s first round of surgery was a success, doctors say.

“She is battling with her life every single day,” Lakdawala told CNN last year. “Right now she is like a living bombshell, which could blow up on her any moment.”

But Lakdawala told CNN on Thursday that since Eman arrived at the Saifee Hospital in New Delhi in February she’d lost more than 220 lbs (100 kg).

“Her parameters are all stabilized, kidney is much better, electrolytes are much better,” he said, adding that they had a “window of safety” to perform the surgery — a laparoscopic sleeve gastrectomy.

“She has done well post-surgery; she’s back in her room and taking liquids,” he told CNN.

He said if all went well, the intention was to take another 155 to 175 pounds (70 to 80 kg) off her weight before sending her home to Egypt within the next couple of months.

The next surgery will be next year, Lakdawala said.

Campaigning for her life

Eman is in India for the lifesaving surgery thanks to her sister Shaimma Ahmed, who last year launched a social media campaign drawing attention to her sister’s plight.

Eman had suffered from thyroid problems since she was a child, but it wasn’t until her stroke that her weight bloated to more than 1,000 pounds and she really began to deteriorate.

Doctors the family consulted seemed unable to get to the root of the problem, until her sister turned to social media as a last resort.

Lakdawala in Delhi responded and offered to help reduce Eman’s weight. He said it would take two operations and at least three and half years to get her to a stage where she could bend and weighed under 220 pounds (100kg).

The venture was fraught with difficulties from the start.

Eman was initially refused a visa for India because of her inability to get to the embassy in person, until the process was expedited by India’s external affairs minister Sushma Swaraj.

Next came the logistics of getting Eman on a flight.

Traditional planes and air ambulances couldn’t accommodate a passenger of her size, so in what Egypt Air claimed was an industry first, the airline adapted a cargo plane especially to transport the patient to India.

But despite the hardships and roadblocks, for the Ahmed family, the opportunity for the 36-year-old to travel to India and have the surgery was a ray of light at the end of a very dark tunnel.

“She has always had hope that she would lose weight and get better,” her sister Shaimaa said.