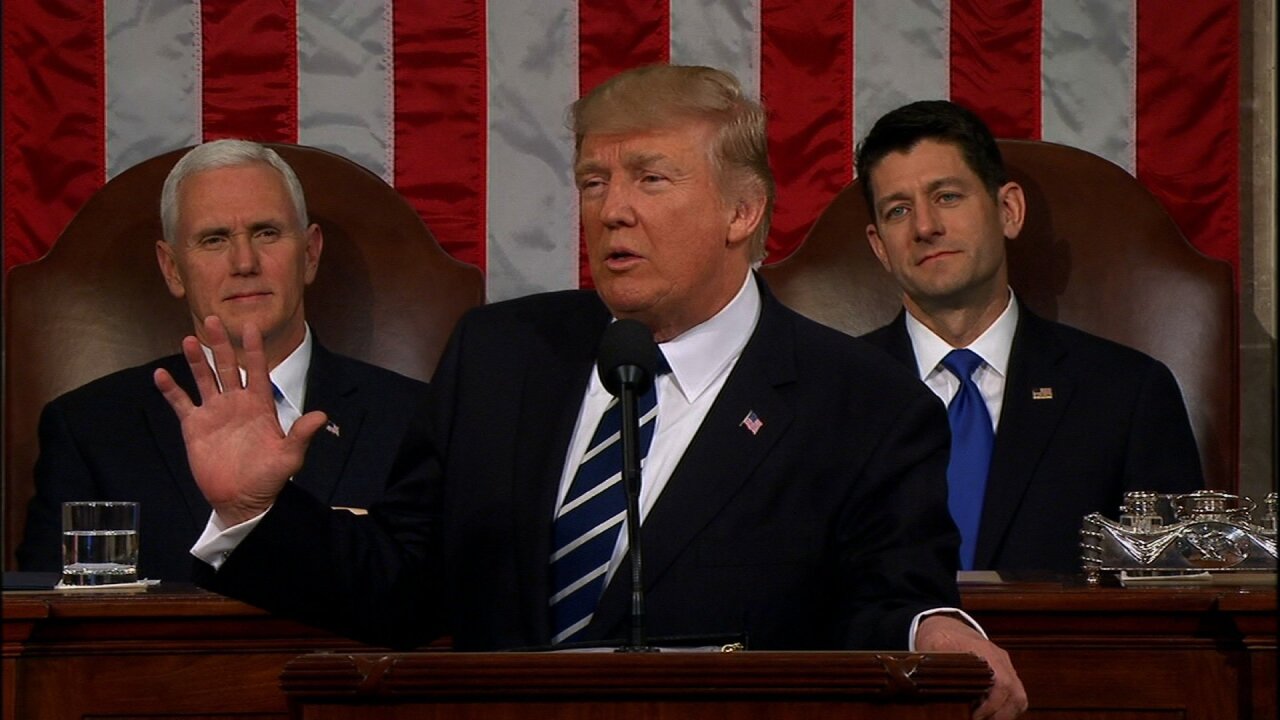 Government agencies across Washington are preparing for what some say could be debilitating cuts to their budgets, grappling with that fact that President Donald Trump intends to make good on his campaign promise to slash the federal budget.

Trump’s advisers say the cuts are meant to get a handle on the federal deficit, which grew under President Barack Obama and, according to the Congressional Budget Office, could top $1 trillion by 2025 without spending cuts or revenue increases.

It’s not yet entirely clear what Trump will propose to cut. The President is expected to release his full budget proposal in the coming weeks, but his administration has rolled out budget priorities that have many in Washington contemplating how agencies will get by with less.

Although Trump made clear one place he wants to beef up spending is at the Pentagon. He will fund a $54 billion infusion of new defense spending with cuts elsewhere in the government.

The White House plan will have to be run by Congress, which controls the nation’s purse strings, but some specifics are already becoming clear at government agencies.

Here’s some of what we know:

Trump’s budget proposal will include a $1.3 billion cut to the US Coast Guard, congressional sources told CNN Tuesday, but those monies would go to increase funding for border security and not budget savings. And, since the cuts would be applied to an operating budget of about $9 billion, GOP budget hawks on the Hill have been quick to slam them as too deep a reduction to the military branch’s funding.

Foreign aid and the State Department

The Trump administration, led by Office of Management and Budget Director Mick Mulvaney, has made clear that the State Department will experience wholesale budget cuts in their first budget, with a target squarely on foreign aid sent abroad by the United States.

Multiple Trump administration officials have also made clear that the foreign aid — which makes up roughly 1% of the federal budget — will be cut significantly under the new plan.

While cutting foreign aid has long been a target for conservatives, those proposed cuts have drawn out critics from both sides of the aisle. Because foreign aid includes a host of programs meant to bolster national security, Republican senators and retired military leaders have urged the Trump administration to stop considering foreign aid cuts.

“The State Department, USAID, Millennium Challenge Corporation, Peace Corps and other development agencies are critical to preventing conflict and reducing the need to put our men and women in uniform in harm’s way,” the generals wrote.

That advice, though, runs counter to much of what Trump said during the 2016 campaign, where he rallied crowds of thousands with his promises to slash government spending and tighten the federal government’s belt, much like American families have had to do.

“I will end the wasteful government spending and hold the bureaucrats accountable,” Trump said in Florida days before the election in 2016. “When I am president, the tide of big government will no longer threaten to wash away our dreams, our jobs and our freedoms.”

Throughout his 2016 campaign, Trump put “bloated bureaucracy” and “wasteful spending” in the same category as his border wall along the US-Mexico border and the need to take the fight to ISIS.

Budget cuts appear to be in every proposal coming from the Trump administration and Republicans in Congress — not just in formal budget measures.

For example: The Republican plan to repeal Obamacare — former President Barack Obama’s sweeping health care law — includes a provision to cut around $1 billion from the Centers for Disease Control and Prevention. The cuts would come primarily from the Prevention and Public Health Fund of the agencies’ budget.

“My sense is (Republicans) in general support public health and disease surveillance but they are committed to repealing this fund mostly because it’s part of the Affordable Care Act,” Emily Holubowich, executive director of the Coalition for Health Funding, told CNN.

Republicans argue the cuts are meant to curb wasteful spending and that the program has been spent on Zumba classes and massage sessions. But the CDC says the funding is used to help states combat preventable diseases and calamities like childhood lead poisoning.

Sources have also told CNN that the Trump administration may propose slashing as much as 25% of the Environmental Protection Agency’s budget, cuts that one source said would be “devastating” to day-to-day operations within the agency. Some of the EPA’s most longstanding and best-known programs are facing potential elimination, according to CNN’s Rene Marsh — including initiatives aimed at improving water and air quality as well as a number of regulations tasked with reducing the nation’s greenhouse gas emissions.

Other programs include the Environmental Justice program, which is meant to help local communities grapple with environmental concerns, and Global Change Research, a program funded by several agencies, including the EPA, which reports humans’ impact on the planet.

The Washington Post also reported Thursday that the Trump administration is thinking about cutting Housing and Urban Development by $6 billion, cuts the head of the union representing HUD employees said would be “devastating” to day-to-day operations at the department.

Jereon Brown, spokesman for the Department of Housing and Urban Development, told CNN Thursday he had not seen a budget that cut HUD spending by $6 billion but he did not outright refute the report.

Brown said all of HUD’s programs are being considered for cuts but that the process is “still ongoing” and “will be ongoing” for the next few weeks.

Meanwhile, HUD Secretary Ben Carson looked to calm concerns at the department with an email to all staff Thursday, saying, “Please understand that the budget negotiations currently underway are very similar to those that have occurred in previous years.”

“This budget process is a lengthy, back-and-forth process that will continue. It’s unfortunate that preliminary numbers were published but please take some comfort in knowing that starting numbers are rarely final numbers,” he wrote.

But so far, that message hasn’t quelled the widespread concerns, said Holly Salamido, head of the union that represents HUD employees.

“The cuts … would be devastating to the constituents that HUD serves,” Salamido said. “Everyone is extremely concerned. That cuts that were described were draconian and there is a great deal of angst right now among employees.”

Unanswered: Will Trump’s cuts actually put a dent in the deficit?

The $54 billion in proposed cuts to non-defense programs will be supplemented by the same budget increase to defense and security spending, meaning the first round of planned cuts will have no impact on the deficit. Additionally, the Trump administration has asked Congress to fund a number of pricey projects, including the President’s much-talked-about plan to build a wall along the US-Mexico border.

The administration has also yet to roll out their tax reform plan, meaning it is unclear whether revenues will go up or down under Trump. Treasury Secretary Steven Mnuchin has promised tax reform by August.

Alan Cole, an economist for the Tax Foundation, said Thursday that it’s assumed revenues will go down under Trump, meaning in order to lower the deficit, the President will have to supplement those losses with cuts.

“There are too many parts to nail down the specific number,” Cole said about the deficit. “Trump is neither an orthodox deficit reducer nor an orthodox small government conservative, he kind of mixes here and there and looks for political patches of least resistance. But if you look for the path of least resistance in budgets, too often, you end up with big deficits.”

How will it affect Washington?

The cuts, though, also mean wholesale culture changes for government employees in the nation’s capital.

While government spending did not grow as fast as the debt under Obama, according to the US Treasury, spending did grow by nearly 5% in Obama’s eight years.

That means the government agencies that once expanded projects under Trump’s predecessor are now having to consider cuts to those same projects under the reality TV-star-turned-politician. Unions representing government workers are evaluating Trump’s budget promises from afar, concerned they will mean layoffs and buyouts.