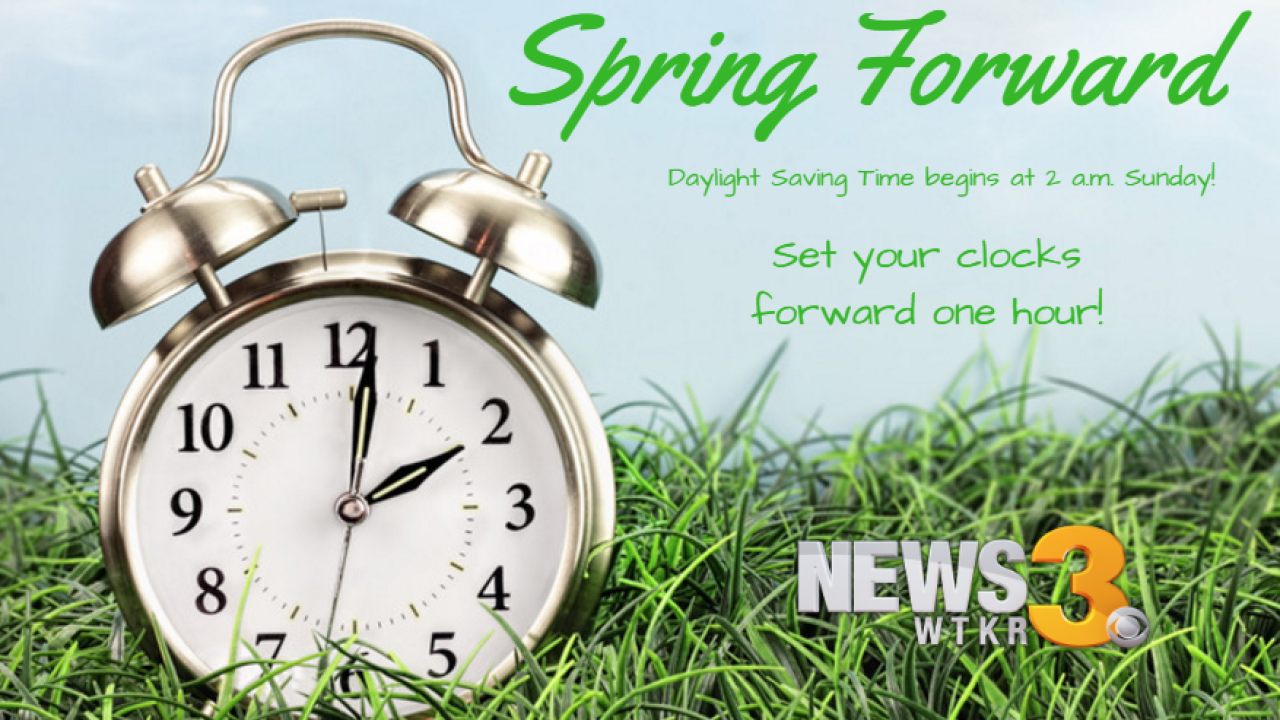 Benjamin Franklin first thought up the idea of daylight saving in 1784. It wasn’t instituted until World War I, when it went into effect to save energy used for lights.

The Standard Time Act established time zones and daylight saving in 1918, but it was short-lived. Daylight saving was repealed the following year.

The Uniform Time Act of 1966 established Daylight Saving Time throughout the United States and gave states the option to exempt themselves. Hawaii and most of Arizona do not follow Daylight Saving Time. Guam, Puerto Rico, the Virgin Islands and American Samoa also skip out on the clock-changing fun.

In 1974 and 1975, Congress extended daylight saving to save energy during the energy crisis.

In 2007, Daylight Saving got a few weeks longer, running from the second Sunday in March to the first Sunday in November.

About 70 countries around the world observe daylight saving, but many countries near the equator do not.

It’s not universally popular, though. Farmers note that their livestock don’t live by a clock, and complain that they have to adjust their working hours to deal with the animals. Also, any parent will tell you — babies don’t quite get it either.

From energy use to our very health, here’s a look at some of the mythology and facts surrounding DST.

One of the most commonly offered rationales for daylight saving time (yes, it’s “saving,” not “savings”) is the presumption that by extending summer daylight later into the evening, Americans would use less energy.

It was the reason Congress used in enacting daylight saving time during World War I and again after the United States joined WWII, according to author David Prerau.

A 2008 U.S. Department of Energy study reported that daylight saving time reduces annual energy use by about 0.03%. And a study that same year from the University of California-Santa Barbara found it might even increase energy consumption.

After Indiana adopted daylight saving time statewide in 2006, researchers examined power usage statistics and found that electricity consumption there rose 1% overall, with a 2% to 4% increase in the fall months.

TRUTH: You really DO feel cruddy for a few days after

A 2012 British study found kids got more exercise during the longer summer day. That’s good. Then again, researchers at the University of Alabama Birmingham reported in 2012 that the spring adjustment led to a 10% increase in heart attack risk.

On the other hand, that same study found the risk fell about as much in the fall, when clocks were turned back.

The clock changes can also raise the risk of accidents by sleep-deprived motorists. The New England Journal of Medicine published a study in 1996 reporting an 8% increase in traffic accidents on the Monday following the spring shift.

The good news is that the extra sleep makes streets about 8% safer on the day after the fall change, according to that study.

TRUTH: You’re less likely to get robbed during DST

“When DST begins in the spring, robbery rates for the entire day fall an average of 7 percent, with a much larger 27 percent drop during the evening hour that gained some extra sunlight,” the Brookings Institution reported in 2015, citing research from the think tank’s then-upcoming paper in the The Review of Economics and Statistics.

The idea that daylight saving time was created to help farmers get their harvests in is so ingrained into the national consciousness, it’s hard to believe it’s not true.

But it’s not, according to Prerau, whose 2009 book “Seize the Daylight” traces the history of the time shift.

Farmers, in fact, vociferously fought the proposals, arguing they cut productivity and made life overall tougher for them.

“If you want to cut off 25 per cent of the productiveness of the American farmer, just keep this law on the books,” Prerau quotes one agricultural lobby as arguing during an effort to repeal daylight saving time in 1919.

TRUTH: Fewer and fewer of us think it’s worth the trouble

Efforts to kill off daylight saving time are nearly as old as the time shift itself, and even today, some are trying to get it repealed.

More than 63,000 people have signed a petition sponsored by the DST-hating website standardtime.com. A search on Change.org returns 1,466 petitions mentioning daylight saving time, most of which appear to support abolishing it.

Others like it so much they want it to be kept year round (standard time, by the way, is standard in name only … We go seven months of the year now with the extra hour tacked on at the end of the day).

Brookings, for instance, seems to be on board with the year-round DST approach, saying the costs and dangers are associated less with the shift forward than the constant back and forth.

“We could easily avoid them by moving to year-round DST — that is, permanently shifting that hour of daylight to the evening, and then leaving our clocks alone,” Jennifer L. Doleac and Nicholas J. Sanders wrote in the Brookings piece. “Our research suggests that we’d be safer for it.”