Ron Johnson to return as Tides manager in 2017 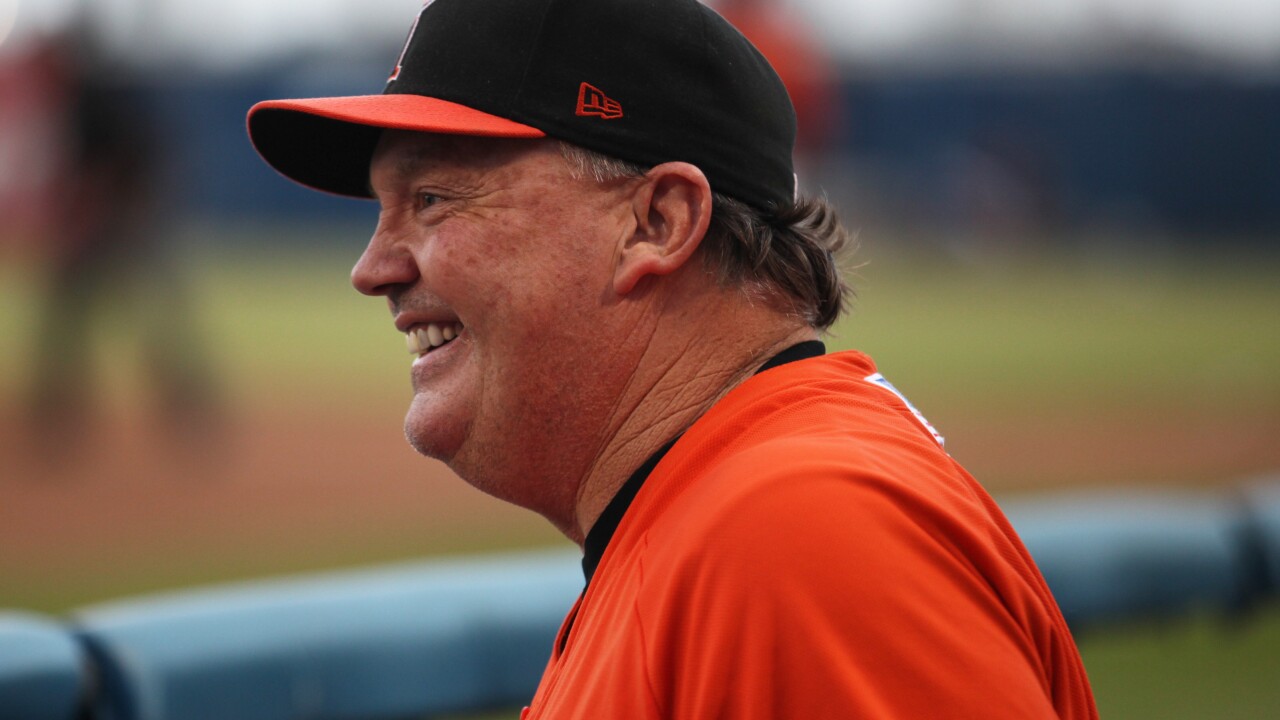 “We are extremely happy that Ron Johnson and our entire coaching staff is returning to Norfolk for the 2017 season” said Tides General Manager Joe Gregory. “RJ and his coaches have been fantastic to work with, and we’re looking forward to another successful season with them at the helm.”

Ron Johnson, 60, is entering his sixth year as Norfolk’s manager, over which he has posted a 356-364 record. His 356 managerial victories with Norfolk are the most in franchise history, and he’s accumulated 1,617 wins over a 23-season minor league managing career. Johnson led the Tides to a division title in 2015 while being named the International League’s Manager of the Year – just the fifth skipper to win the award in franchise history. He also received the Cal Ripken Sr. Player Development Award from the Orioles in 2015, an award presented to a minor league staff member who exemplifies the qualities of the late Oriole who is regarded as the architect of “The Oriole Way.”

Through his first five years with Norfolk, Johnson has posted three winning campaigns (2012, 2013 and 2015) while upping his career managerial record over 23 seasons to 1,617-1,626. He was named by Baseball America as the Best Manager Prospect in the International League in 2014, and he’s managed 63 Major League All-Stars over his minor league career. He enters 2017 as the longest tenured manager in the International League, and he was recently chosen by fans as the manager on Norfolk’s All Harbor Park Team. A product of Fresno State University, Johnson was drafted by the Kansas City Royals in 1978 and played in 22 Major League games over parts of three seasons with the Royals (1982-83) and Expos (1984).

Mike Griffin, 59, is entering his ninth season as Norfolk’s pitching coach and his tenth season in the Orioles organization.  Griffin led the Tides pitching staff to a 3.78 team ERA in 2016, as Norfolk set a franchise record with 1,120 strikeouts. He’s twice been presented with the Cal Ripken Sr. Player Development Award (in 2009 and 2010), and he’s previously spent time as a coach in the Boston Red Sox and Cincinnati Reds organizations. As a player, Griffin appeared in 67 major league games over parts of five seasons with five different organizations, including 23 games for the Orioles in 1987.

Sean Berry, 50, is entering his third season as Norfolk’s hitting coach after spending the previous four seasons as the minor league hitting coordinator for the San Diego Padres. Berry served as the Houston Astros hitting coach from 2006-10 after spending three seasons in Houston’s minor league system.  He appeared in 860 major league games over 11 seasons with the Royals, Expos, Astros, Brewers and Red Sox, posting a career .272 average with 81 home runs.

Jose Hernandez, 46, is entering his fifth season as a coach with Norfolk and his eighth in the Orioles system. Hernandez, who also serves as Norfolk’s third base coach during the season, played 1,587 major league games over a 15-year career from 1991-2006, playing with nine different teams. He was a National League All-Star with Milwaukee in 2002 and he belted 168 home runs over his career, the 17th-most by a player born in Puerto Rico.

Trevor Howell, 33, is in his fourth year as the Strength and Conditioning Coach in Norfolk, and his sixth within the Orioles system. He graduated from Sonoma St. University before obtaining his Masters at Fresno Pacific University. Prior to joining the Orioles system, Howell played baseball and served as a Strength and Conditioning Coach in the German Professional League.